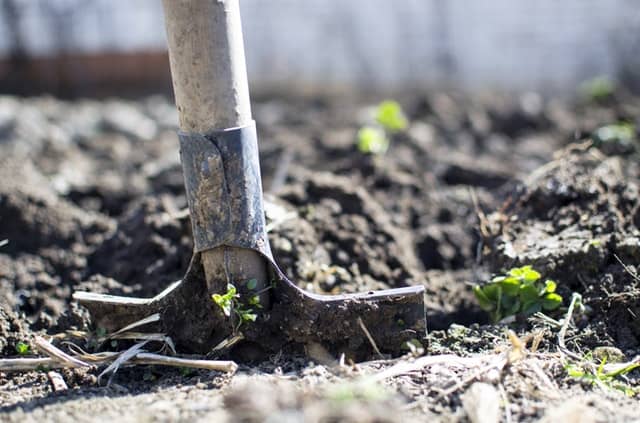 The exploitation of land and water resources of the world at “unprecedented rates,” when combined with climate change creates dire pressure on the ability of humanity to feed itself, a new United Nations report warns.

The report in summary form released in Geneva on Thursday prepared by more than 100 experts from 52 countries and the means to address the threat has been found closing rapidly. According to the report, half a billion people are already living in places turning into desert, and the soil is being lost between 10 and 100 times faster compared to its forming.

The extreme weather such as floods, drought, storms, and others resulted from climate change will make those threats even worse by disrupting, and shrinking the global food supply over time. Currently, 10% and more of the world’s population remains undernourished, and as per warning of some authors, food shortages could lead to an increase in cross-border migration.

The food crises could develop at once on several continents, said Cynthia Rosenzweig, a senior research scientist at the NASA Goddard Institute for Space Studies and one of the lead authors of the report. “The potential risk of multi-breadbasket failure is increasing,” she said. “All of these things are happening at the same time.”

“One of the important findings of our work is that there are a lot of actions that we can take now. They’re available to us,” Dr. McElwee said. “What some of these solutions do require is attention, financial support, enabling environments.”

The Intergovernmental Panel on Climate Change released the summary on Thursday, combining other existing research to help governments perceive climate change and make policy decisions. The last two climate reports of I.P.C.C. include the destructive consequences the planet would face if the temperature rises just 1.5 degrees Celsius above its preindustrial levels, as well as an upcoming report on the state of the world’s oceans.

See also  New Study Shows Air Pollution is Deteriorating in The U.S. Under The Trump Administration

As per some authors, more impoverished parts of the world would likely to face more food shortages compared to the richer ones. The flow of immigration could increase, which is already redefining politics in Europe, North America, and other parts of the world.

“People’s lives will be affected by a massive pressure for migration,” said Pete Smith, a professor of plant and soil science at the University of Aberdeen and one of the report’s lead authors. “People don’t stay and die where they are. People migrate.”

The fivefold increase in the number of migrants from El Salvador, Guatemala, and Honduras showing up at the United States’ border with Mexico is the signal of climate change as suggested by the scientists.

The capacity of the agriculture industry to adapt to climate change has been threatened by frequent droughts, flooding, heatwaves, wildfires, and other weather patterns. Higher concentrations of atmospheric carbon dioxide and the emissions of greenhouse gases from the burning of fossil fuels is increasing the rate of soil loss and land degradation, reducing the nutritional quality of food, and rising temperatures cut crop yields and harm livestock.

“You’re sort of reaching a breaking point with land itself and its ability to grow food and sustain us,” said Aditi Sen, a senior policy adviser on climate change at Oxfam America, an anti-poverty advocacy organization.

Climate change makes agriculture more complicated, and agriculture is also making climate change worse. The activities such as draining wetlands to create palm oil plantations as has happened in Indonesia and Malaysia, release between 530 and 694 billion tons of carbon dioxide back into the atmosphere globally.

Carbon dioxide is a significant greenhouse gas that traps the sun’s heat and warms the planet. The carbon dioxide releasing from every 2.5 acres of peatlands are equivalent to burning of 6,000 gallons of gasoline.

“One gigaton comes from the ongoing degradation of peatlands that are already drained,” said Tim Searchinger, a senior fellow at the World Resources Institute, an environmental think tank, who is familiar with the report. (According to the institute, the fossil fuel industry emitted about 37 gigatons of carbon dioxide last year by comparison.)

Cattle including cows, sheep, buffalo, and goats are significant producers of another powerful greenhouse gas, methane. The increased global demand for beef and other meats has fueled their numbers and increased deforestation in critical forest systems like the Amazon for arranging pasture land for them. In this case, the emissions are equivalent to driving 600 million cars.

We still have time to address the threats by making the food system more efficient. How food is produced and distributed should be changed as per authors, including better soil management, crop diversification, and fewer trade restrictions. The shifts in consumer behavior are also required, noting that minimum one-quarter of all food gets wasted worldwide.

Planting trees as many as possible would reduce about nine gigatons of greenhouse gases in the atmosphere each year, according to Pamela McElwee, a professor of human ecology at Rutgers University and one of the report’s lead authors. However, the food prices would also increase by about 80 percent by 2050.

“We cannot plant trees to get ourselves out of the problem that we’re in,” Dr. McElwee said. “The trade-offs that would keep us below 1.5 degrees, we’re not talking about them. We’re not ready to confront them yet.”

Extensive tree planting, as well as “substantial” bioenergy, would help to prevent global temperatures from rising more than 1.5 degrees Celsius as well as reducing the use of fossil fuels, the report finds. There will be increased pressure on food production, creating a vicious circle if temperatures rise more than that.

“Above 2 degrees of global warming there could be an increase of 100 million or more of the population at risk of hunger,” Edouard Davin, a researcher at ETH Zurich and an author of the report, said by email. “We need to act quickly.”

For the first time, the knowledge of land stewardship of indigenous people has been cited by I.P.C.C. as resources to be tapped. “Agricultural practices that include indigenous and local knowledge can contribute to overcoming the combined challenges of climate change, food security, biodiversity conservation, and combating desertification and land degradation,” the report’s authors wrote.

However, the indigenous people are currently under threat. Three people on an average were killed per week defending their land in 2018, with more than half of them were killed in Latin America according to a report released by the nonprofit organization Global Witness this year, which looks at the links between conflicts and environmental resources.

The report concluded that the longer policymakers wait, the harder will be the prevention of this global crisis. “Acting now may avert or reduce risks and losses, and generate benefits to society,” the authors wrote. Waiting to cut emissions, on the other hand, risks “irreversible loss in land ecosystem functions and services required for food, health, habitable settlements and production.”