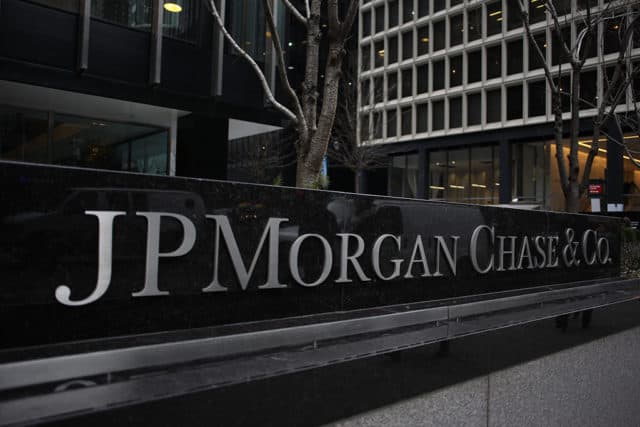 Banks with the most prominent role in funding projects of fossil fuel named in a report published on Wednesday. Since 2016 that is soon after Paris Agreement 2015, $1.9 trillion poured by 33 global banks into climate-changing projects worldwide.

The top four banks are JPMorgan Chase, Wells Fargo, Citi, and Bank of America, all U.S. based banks that invested heavily in fossil fuel projects. Royal Bank of Canada, Barclays in Europe, Japan’s MUFG, TD Bank, Scotiabank, and Mizuho are among the others in the top 10 list.

This report was published because March’19 already came up with catastrophic weather to places like American Midwest, where four lost their lives in historic flooding, and estimated farm losses could amount to $1 billion, and Mozambique with the Tropical Cyclone Idai brutally damaging the East African country. More than a thousand people are likely dead as per the estimation of President Filipe Nyusi.

These disasters are linked to climate change. “Increased flooding is one of the clearest signals of a changing climate,” said 350.org co-founder Bill McKibben in a statement published by ThinkProgress, adding that flooded Nebraska’s “current trauma is part of everyone’s future.”

“One inescapable finding of this report is that JPMorgan Chase is very clearly the world’s worst banker of climate change,” the report, titled “Banking on Climate Change,” found. “The race was not even close: the $196 billion the bank poured into fossil fuels between 2016 and 2018 is nearly a third higher than the second-worst bank, Wells Fargo.”

The 2019 report authored by the environmental groups such as Rainforest Action Network, Sierra Club, Oil Change International, BankTrack, Indigenous Environmental Network, and Honor the Earth and endorsed by 160 organizations worldwide. The report tracked 1,800 companies that are involved in extracting, burning, transporting, storing fossil fuels or fossil-generated electricity and examined the roles played by global banks financing these companies.

The groups in earlier reports focused only on coal, or “extreme” fossil fuel projects, like ultra-deepwater oil drilling, tar sands extraction, coal mining, and power generation. However, to prepare 2019’s report card, they expanded the scope and covered the fossil fuel sector as a whole.

For the first time, while delving deep into lending to shale oil and gas companies, they found that JPMorgan Chase and Wells Fargo “are the biggest bankers of fracking overall — and, in particular, they support key companies active in the Permian Basin, the epicenter of the climate-threatening global surge of oil and gas production.”

The report concluded that JPMorgan Chase also financed maximum to LNG projects, Arctic oil and gas projects, and ultra-deep-water oil and gas extraction. While in case of tar sands oil financing, The Royal Bank of Canada topped the list.

“Coal mining finance is dominated by the four major Chinese banks, led by China Construction Bank and Bank of China,” as disclosed in the 2019 report adding that the Bank of China invested maximum to coal power projects.

China’s State Development & Investment Corp. listed as one of the top coal power companies as per the report and reportedly confirmed on Mar’19 to stop funding the thermal coal power plants three years ahead than scheduled.

“Since the Paris Agreement, JPMorgan Chase has provided $196 billion in finance for fossil fuels,” the groups wrote, “10 percent of all fossil fuel finance from the 33 major global banks.”

The comment made in the report declined by a JPMorgan Chase spokesperson. In 2017 it pledged to “facilitate $200 billion in clean financing through 2025,” and between 2003 and 2017, it helped finance $18 billion of solar, wind, and geothermal projects.

Barclays topped the list “Worst in Europe,” in the 2019 report for providing a total of $109 billion for fossil fuel projects followed by HSBC with $77 billion investment.

The Article-2 of the Paris Agreement requires “[m]aking finance flows consistent with a pathway towards low greenhouse gas emissions and climate-resilient development” — and in the preliminary stage, major banks stand as supporters of a strong global response to climate change. However, surprisingly financial backing from banks for fossil fuel projects found to have grown every year like $612 billion in 2016, $646 billion in 2017, and $654 billion in 2018.

“Scientific research finds that an increasing concentration of greenhouse gases in our atmosphere is warming the planet, posing significant risks to the prosperity and growth of the global economy,” JPMorgan Chase Bank, Bank of America Corp., Wells Fargo, Citibank, Goldman Sachs, and Morgan Stanley wrote in a 2015 statement. “As major financial institutions, working with clients and customers around the globe, we have the business opportunity to build a more sustainable, low-carbon economy and the ability to help manage and mitigate these climate-related risks.”

Jamie Dimon, JPMorgan CEO told CNBC in 2017, that he opposed the plan of President Trump to pull the U.S. out of the Paris Agreement.

This week, JPMorgan Chase and Wells Fargo both announced plans to stop financing private prisons which the activist pressure campaigns focused on individual banks claimed as their successes. However, Moody’s Investment Services commented: “builds on the trend of negative publicity and uncertainty prevalent in the sector.”

Though last year has brought increased awareness in some financial circles considering risks related to climate, banks having headquarters in the U.S. and Canada have lagged.

“According to a survey conducted by Boston Common Asset Management in 2018, European banks are far ahead of large banks in the U.S. and Canada in implementing climate-related risk assessments,” American Banker reported in January. “Specifically, 80 percent of European banks surveyed are, in some way, stress-testing their loan and investment portfolios for a 2-degree-Celsius increase in global temperatures, versus just 44 percent of banks in North America.”

U.S.-based Morgan Stanley issued a report last month that tallied $650 billion in disasters in the previous three years related to climate and forecasts $54 trillion in damages worldwide by 2040, citing figures from the UN. “We expect the physical risks of climate change to become an increasingly important part of the investment debate for 2019,” the Morgan Stanley strategists wrote.

According to the Banking on Climate Change report, Morgan Stanley became world’s 11th largest financier of fossil fuel projects that offered $19.48 billion in financing the fossil fuel companies in 2018 (down from $23.7 billion the preceding year).

“Alarming is an understatement,” said lead author Alison Kirsch, a Rainforest Action Network researcher. “This report is a red alert.”