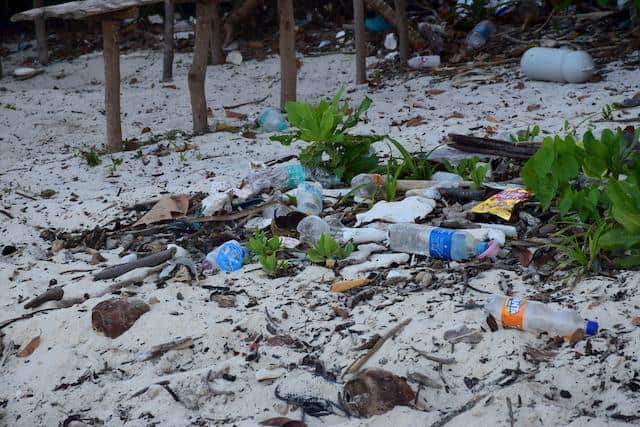 Plastic bottles, better called the plastic menace have become the most common form of plastic pollution in European waterways as per a new report, and the reason behind this worldwide packaging waste is our throwaway culture.

Other than plastic bottles, the next biggest forms of plastic pollution in rivers were food wrappers like crisp and sweet packets followed by cigarette butts. Once these forms of litter find their way into the water, they are hard to clean up and create problems for fish and wildlife.

After years of efforts to reduce the use of plastic bags by applying charges on them in the UK and many other European countries, now they were found to make up only 1 percent of plastic waste in freshwater.

According to the Plastic Rivers report of Earthwatch Europe and Plastic Oceans UK, consumers can do a lot to prevent pollution of waterways just being aware while consuming certain items like using cotton buds with paper sticks, putting wet wipes in bins than flushing them and carrying their bag for taking away food.

The conscious consumers are well aware of the words “Reduce”, “Reuse”, and “Recycle” for decades. Solutions to reduce plastic waste include those available online for the canny shoppers, biopackaging for sandwiches, London Bio Packaging, water-soluble paper to refill schemes and many others that are available on the high street.

said Jo Ruxton, chief executive of Plastic Oceans UK. “Our discarded plastic enters rivers from litter generated by our on-the-go lifestyle and items we flush down toilets. This throwaway approach is having much more serious consequences and the report shows really simple ways to avoid this problem and stop plastic pollution.”

See also  What are the Sources of Microplastics and its Deadly Effect on Humans and the Environment?

Around 80% of plastic rubbish flows into the seas from rivers; therefore, the plights of oceans are mostly focused on the plastic scourge. According to experts cleaning-up of rivers is the best way to stop the flow of existing rubbish into seas. However, our dependence on throwaway plastic products needs to be tackled as this is the ultimate source of the problem.

The author conducted his studies on nine studies of freshwater pollution sources across the UK and Europe and ranked the different types of macroplastic such as large, visible pieces of plastic, and also invisible microplastics in contrast to the ones recorded in the water sources from tap water to seawater based on their universal presence.

The fishing equipment and other litter left by anglers, recently highlighted as a major hazard to bird life by the RSPCA, including items from industry or farming excluded from the report to focus on plastic waste from consumers.

There are 14% of visible items of litter in bottles, 12% in food wrappers, 9% in cigarette butts, 6% in all the products of disposable food containers, 5% in cotton-bud sticks, and 4% in takeaway cups.

Another primary source is sanitary items like wet wipes, nappies, and tampons, and campaigners warn people to refrain from flushing wipes, single-use sanitary items or sanitary towels down toilets causing fatbergs in sewage pipes. The wipes with the label “flushable” until now encouraged people to resort to this kind of practice of disposal and thereby became a very costly problem for water companies.

As per the government, around 4.7bn plastic straws, 1.8bn cotton buds with plastic-stick, and 316m plastic stirrers are used in England alone each year.

Last year the EU parliament approved plans for banning single-use plastics that included items like straws, plastic plates, and cutlery to be banned by 2021. The UK government is still reviewing the scope of implementing plans to phase out many single-use products made of plastic, a target set originally for later this year but it might slip.

Rachelle Strauss of the UK’s Zero Waste Week, says, we never actually throw anything “away” – just put somewhere else. As per the BBC, only one-third of plastic packaging is recycled, and recycling is a drop in the ocean. The scale of the task may be massive but solving this problem is not beyond humanity.