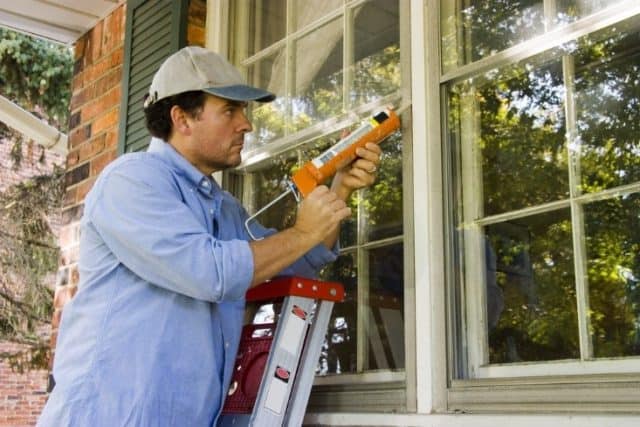 Too often, homeowners are more focused on the updates and upgrades they can make to improve the energy efficiency of their homes. Indeed, it is exciting to make changes like installing cutting-edge multi-pane windows, installing state-of-the-art smart technology and utilizing solar panels — but the truth is that these projects might not be as cost-effective as many homeowners believe.

Take windows as an example: The cost of brand-new, top-of-the-line windows could be about $1,000 per replacement, varying slightly based on the model and the labor. Considering that even the best new windows only improve the efficiency of a home’s exterior envelope by about 15 percent, homeowners who shell out thousands for replacing a house-full of windows will likely only save $150 per year on their energy bill. That means it could take a century or more to recoup the costs of the update.

A far better strategy for energy efficiency — one that costs less and yields noticeable results — is proper home maintenance and repairs. Homeowners should prioritize the following projects, which will boost the efficiency of a home and provide a positive ROI.

Since windows and doors seem to be the first thing homeowners are itching to replace, they will be the first category for repairs on our list. Indeed, windows and doors are undeniable sources of inefficiency within a home’s exterior envelope. Doors and most windows are designed to open, meaning they purposefully puncture the envelope and allow air to flow freely amongst exterior and interior spaces.

However, when homeowners want their windows and doors to be efficient — during the heat of summer or the depth of winter, for example — greater inefficiency arises from poor maintenance than from age or middle-of-the-road features. This is because the vast majority of airflow and temperature transfer occurs not through the windows and doors but around them. Window and door frames notoriously need frequent repair to work properly. Moisture, pests and other issues tend to cause cracks in and around the frames which will widen in extreme heat or cold. Thus, homeowners need to check periodically for cracks and fill any large ones with a waterproof caulk.

There are all sorts of other maintenance tasks necessary to keep windows and doors efficient. For one, it’s a good idea to replace the seals around windows and doors every few years, or as soon as they start to show cracking or peeling. Homeowners with wooden frames enjoy greater efficiency, but they do need to touch up and repaint their frames every year or so to prevent the wood from rotting. Finally, keeping windows and doors clean — especially around their frames — is a good way to conduct inspections and prevent unnecessary damage.

A home’s roof is perhaps its most important feature; it is what keeps off the snow and rain as well as the punishing heat. Modern roofs tend to be robust, with even the least expensive systems lasting a few decades in the worst environments — but only if they are properly repaired and maintained.

In truth, most roof maintenance isn’t a job for an unskilled homeowner. Roof systems are complex, comprising much more than a few overlapping shingles, and compromising even one element of the roof could result in a failure that puts the rest of the structure at risk. At least once per year, homeowners should schedule a roof expert to inspect their roof for signs of wear and tear that might be invisible to the average eye. However, with any obvious damage to the roof, like shingles torn off during a storm, homeowners can hire a handyman to perform a small, simple repair.

The HVAC accounts for nearly half of a home’s energy usage because it requires extreme amounts of energy to change air temperature and because in many areas HVACs run 24/7/365. Studies on actual HVACs have determined that a well-maintained HVAC uses more than 20 percent less energy than a neglected one, but many homeowners don’t know or care that their HVAC needs attention.

As with roofs, it’s a good idea for homeowners to have an HVAC contractor service their systems at least once per year before the high season. Thus, in areas that experience extra hot summers, spring is a good HVAC service time whereas areas that experience harsh winters might benefit from fall maintenance. Throughout the year, homeowners should be on the lookout for signs that their HVAC is malfunctioning, like too-hot or too-cold air or dirt and debris around the unit.

Homeowners who lack big budgets for energy-efficient upgrades and renovations need not despair; often, good maintenance and effective repairs are enough to keep a home in good working order. As long as homeowners have relationships with service providers they can trust, they should be able to keep a home running at peak efficiency.