As of today, nuclear energy is considered as one of the most environmentally friendly source of energy as it produces fewer greenhouse gas emissions during the production of electricity as compared to traditional sources like coal power plants. Nuclear fission is the process that is used in nuclear reactors to produce high amount of energy using element called uranium. It is the energy that is stored in the nucleus of an atom.

When we think about this resource, many of us think about nuclear bombs or the meltdowns that have happened at a number of nuclear plants around the world. That being said, nuclear energy is definitely a type of renewable energy that we need to look at. In this article, we’re going to explore the pros and cons of nuclear energy. 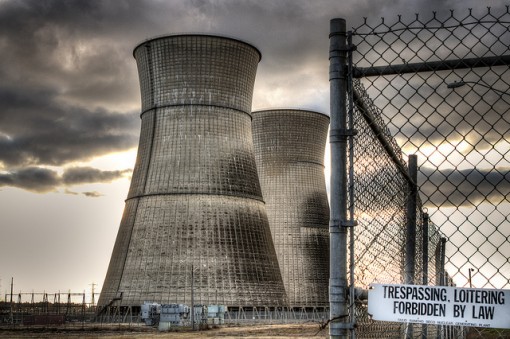 1. Low Pollution: Nuclear power also has a lot fewer greenhouse emissions. It has been determined that the amount of greenhouse gases have decreased by almost half because of the prevalence in the utilization of nuclear power. Nuclear energy has the least effect on nature since it doesn’t discharge any gasses like methane and carbon dioxide, which are the primary “greenhouse gasses.” There is no unfavorable impact on water, land or any territories because of the utilization of nuclear power, except in times where transportation is utilized.

2. Low Operating Costs: Nuclear power produces very inexpensive electricity. The cost of the uranium, which is utilized as a fuel in this process, is low. Also, even though the expense of setting up nuclear power plants is moderately high, the expense of running them is quite low low. The normal life of nuclear reactor is anywhere from 40-60 years, depending on how often it is used and how it is being used. These variables, when consolidated, make the expense of delivering power low. Even if the cost of uranium goes up, the impact on the cost of power will be that much lower.

3. Reliability: It is estimated that with the current rate of consumption of uranium, we have enough uranium for another 70-80 years. A nuclear power plant when in the mode of producing energy can run uninterrupted for even a year. As solar and wind energy are dependent upon weather conditions, nuclear power plant has no such constraints and can run without disruption in any climatic condition.

There are sure monetary focal points in setting up nuclear power plants and utilizing nuclear energy in lieu of traditional energy. It is one of the significant sources of power all through the country. The best part is that this energy has a persistent supply. It is broadly accessible, there is a lot in storage, and it is believed that the supply is going to last much, much longer than that of fossil fuels that are used in the same capacity.

4. More Proficient Than Fossil Fuels: The other primary point of interest of utilizing nuclear energy is that it is more compelling and more proficient than other energy sources. A number of nuclear energy innovations have made it a much more feasible choice than others. They have high energy density as compared to fossil fuels. The amount of fuel required by nuclear power plant is comparatively less than what is required by other power plants as energy released by nuclear fission is approximately ten million times greater than the amount of energy released by fossil fuel atom.

This is one the reason that numerous nations are putting a lot of time and money into nuclear power.What’s nuclear power’s greatest benefit, above any other benefit that we may explore? It doesn’t rely on fossil fuels and isn’t influenced by fluctuating oil and gas costs. Coal and natural gas power plants discharge carbon dioxide into the air, which causes a number of environmental issues. With nuclear power plants, carbon emissions are insignificant.

5. Renewable?: Nuclear energy is not renewable resource. Uranium, the nuclear fuel that is used to produced nuclear energy is limited and cannot be produced again and again on demand. On the other hand, by using breeder and fusion reactors, we can produce other fissionable element. One such element is called plutonium that is produced by the by-products of chain-reaction. Also, if we know how to control atomic fusion, the same reactions that fuel the sun, we can have almost unlimited energy. 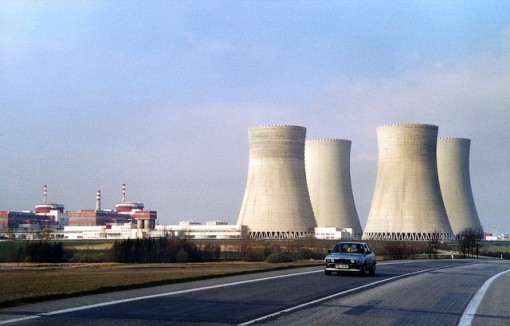 1. Environmental Impact: One of the biggest issues is environmental impact in relation to uranium. The process of mining and refining uranium hasn’t been a clean process. Actually transporting nuclear fuel to and from plants represents a pollution hazard. Also, once the fuel is used, you can’t simply take it to the landfill – it’s radioactive and dangerous.

2. Radioactive Waste Disposal: As a rule, a nuclear power plant creates 20 metric tons of nuclear fuel per year, and with that comes a lot of nuclear waste. When you consider each nuclear plant on Earth, you will find that that number jumps to approximately 2,000 metric tons a year. The greater part of this waste transmits radiation and high temperature, implying that it will inevitably consume any compartment that holds it. It can also cause damage to living things in and around the plants.

3. Nuclear Accidents: The radioactive waste produced can pose serious health effects on the lives of people as well as the environment. The Chernobyl accident that occurred on 26 April 1986 at the Chernobyl Nuclear Power Plant in Ukraine was the worst nuclear accident in the history. Its harmful effects on humans and ecology can still be seen today. Then there was another accident that happened in Fukushima in Japan. Although the casualties were not that high, but it caused serious environmental concerns.

4. High Cost: At present, the nuclear business let waste cool for a considerable length of time before blending it with glass and putting away it in enormous cooled, solid structures. This waste must be kept up, observed and watched to keep the materials from falling into the wrong hands and causing problems. These administrations and included materials cost cash – on top of the high expenses needed to put together a plant, which may make it less desirable to invest in. It requires permission from several international authorities and it is normally opposed by the people who live in that region.

5. Uranium is Finite: Just like other sources of fuel, uranium is also finite and exists in few of the countries. It is pretty expensive to mine, refine and transport uranium. It produces considerable amount of waste during all these activities and can result in environmental contamination and serous health effects, if not handled properly.

6. Hot Target for Militants: Nuclear energy has immense power. Today, nuclear energy is used to make weapons. If these weapons go into the wrong hands, that could be the end of this world. Nuclear power plants are  prime target for terrorism activities. Little lax in security can be brutal for humankind. 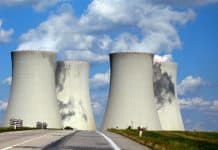 Conserve Energy Future is a participant in the Amazon Services LLC Associates Program, an affiliate advertising program designed to provide a means for sites to earn advertising fees by advertising and linking to Amazon.com. Amazon and the Amazon logo or trademarks of Amazon.com, Inc. or its affiliates.
384 Shares
Copy link
CopyCopied