Hydrogen is the most fundamental of all Earth components. It is a powerful source of energy that exists with water. Hydrogen isn’t available on earth but it can be produced using a method called electrolysis that separates hydrogen from water. The process of electrolysis is in itself expensive. The process of electrolysis requires more energy to extract hydrogen than the amount of energy produced by the hydrogen fuel. Hydrogen when extracted from methane releases greenhouse gases which results in global warming.

According to EIA, the U.S. produces about 9 million metric tons (9 billion kilograms) of hydrogen each year that is just enough to power up to 30 million cars. To use hydrogen as a source of fuel, fuel cells are used in cars. To drive a car, power produced from hydrogen energy flows directly in the battery.

Hydrogen is a gas that combines with oxygen to produce water (H2O) and carbon to produce methane and coal. That being said, this simple little molecule can help power a number of different items, and as a result, it is becoming more important in the world of alternative energy. Hydrogen is clean energy fuel as it has water and heat as its byproducts. What are the pros and cons related to using hydrogen energy? We’re going to take a closer look in this article so that you can decide the answer for yourself. 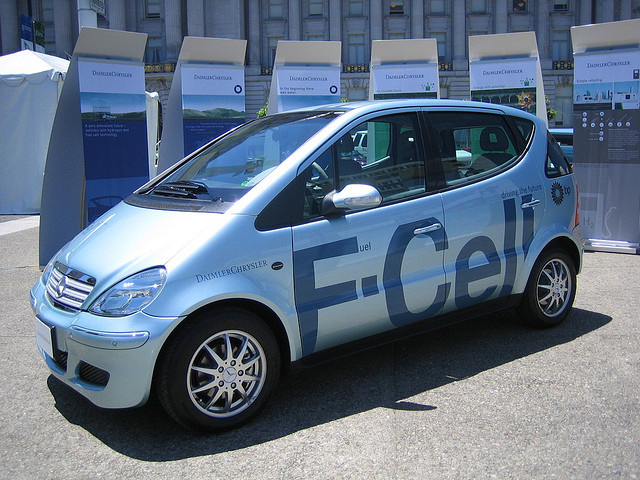 1. Renewable and Abundant: Hydrogen is an extraordinary wellspring of energy for various reasons, the greatest one being that it is so available. While it may take some work to get to, there is no component in the universe as inexhaustible as hydrogen. That means that you don’t have to worry about it running out like other types of fuel that we use.

2. Clean Energy Fuel: Another playing point to utilizing hydrogen energy is that when it is burned for fuel, its leaves practically no destructive side effects. NASA has actually made it so that the hydrogen, after it is used, can provide clean drinking water for the astronauts on the space station or ship that it is being used on.

3. Non-Toxic: Hydrogen is also non-toxic, which makes it an irregularity among many fuel sources that are out there. Nuclear energy, coal, and natural are all either dangerous or it’s hard to get them in a safe manner. This makes hydrogen perfect for a variety of uses that other fuels may not be able to be used for.

4. More Powerful Than Fossil Fuels: Hydrogen energy is likewise influential and extremely proficient. It’s effective enough to drive spaceships and more secure than using another type of fuel to do the same thing. Indeed, hydrogen is three times as powerful and useful as gas and comparable fossil fuels, which means that you’re using much less of it in order to do more.

5. Fuel Efficiency: Hydrogen energy is an extremely proficient fuel, because it delivers more energy for every pound of fuel. This unmistakably implies that a vehicle that uses hydrogen fuel with go a lot further than a vehicle that has the same amount of traditional gasoline. 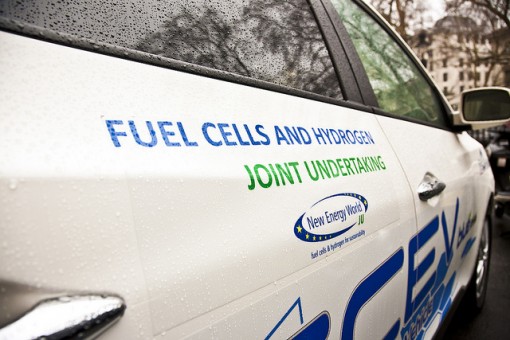 1. Expensive: Hydrogen gas actually takes a considerable measure of work to free if from different components. If it were basic and simple to separate, everybody would be utilizing it. It’s now being utilized to power some hybrid vehicles, yet right now it is not a reasonable type of fuel for everybody, mainly because it’s pricey and it’s difficult to get it from place to place. Until research and innovation goes far enough to make this a simpler and cheaper task, hydrogen will likely be something that only the rich can afford.

2. Transportation: Hydrogen can be tricky to move around. While oil is usually pushed through pipes, and coal could be conveyed in dump trucks, it’s very hard to transport hydrogen (which is very light) in a smart way. It is extremely costly to move much else besides little measures of it, making it very inefficient when it comes to both time and cost.

3. Not Enough Hydrogen Fuel Stations: As you likely know, it’s very difficult to change “the way things are.” As difficult as hydrogen is to create and transport, it gets to be considerably pricier when you consider attempting to utilize it to supplant fuel. There is no current framework set up to hydrogen as the primary fuel for the normal driver. Service stations and vehicles themselves would all must be changed in order to use hydrogen, which can take a lot of time and money to do. It doesn’t seem cost efficient to change from the norm.

4. Storage: Hydrogen has a lower density than gasoline. It must be stored in the liquid state at low temperatures to maintain its effectiveness as a fuel source. This is the reason that hydrogen needs to be stored and transported under high pressure which makes the transport and widespread use of hydrogen not feasible.

5. Safety Concerns: Hydrogen in itself has a lot of power behind it. Though it is less dangerous than gasoline, it’s profoundly flammable and constantly in the news for the potential dangers connected with it. Unlike gas, hydrogen has no smell. Sensors must be used to detect a leak.

Though hydrogen energy is renewable and its natural effects are negligible, companies will actually need other non-renewable sources like oil, natural gas, and coal to split it apart from oxygen. We may decrease our reliance on fossil fuels when we use hydrogen, but we won’t be able to eliminate them entirely from the process.

Conserve Energy Future is a participant in the Amazon Services LLC Associates Program, an affiliate advertising program designed to provide a means for sites to earn advertising fees by advertising and linking to Amazon.com. Amazon and the Amazon logo or trademarks of Amazon.com, Inc. or its affiliates.
30 Shares
Copy link
CopyCopied