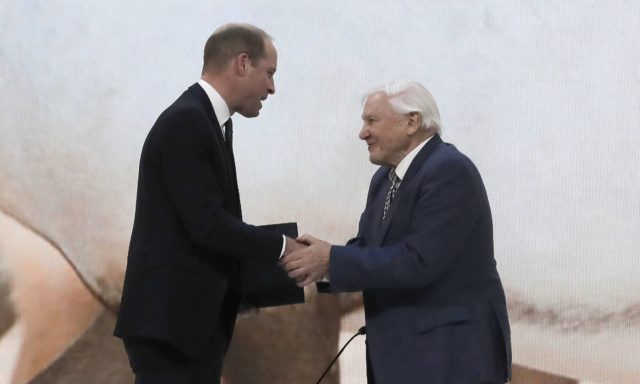 Humankind holds power to exterminate whole ecosystems “without even noticing,” Sir David Attenborough warned during an interview with Prince William in Davos. He urged world leaders to treat the natural world with respect.

At the World Economic Forum in Switzerland, Prince William also took world leaders to task and enquired Attenborough about those key positions which have “taken so long” addressing the climate change.

Attenborough expressed the link between the natural world and urban societies to be “remote and widening” from the beginning of the industrial revolution. Humans fail to realize the effect of their activities on the global ecosystem. According to the 92-year-old broadcaster, it was “difficult to overstate” the urgency of the environmental crisis.

“We’re now so numerous, so powerful, so all-pervasive, the mechanisms we have for destruction are so wholesale and so frightening, that we can actually exterminate whole ecosystems without even noticing it. We have to now be really aware of the dangers of what we’re doing, and we already know that of course the plastic problem in the seas is wreaking appalling damage upon marine life, the extent of which we don’t yet fully know,” Attenborough said.

He emphasized that the natural world “is not just a matter of beauty, interest, and wonder” but a coherent ecosystem on which we depend for “every breath we take, every mouthful of food we take.”

Attenborough added that a healthy planet is an essential part of human life. “If we don’t recognize the kind of connections I’ve been describing, then the whole planet comes in hazard, and we are destroying the natural world and with it ourselves.”

At the World Economic Forum on Monday night, the Duke of Cambridge congratulated Attenborough for winning the Crystal Award that recognizes individuals who have helped make the world a better place. For William, it was a “personal treat” to ask Attenborough questions, and he appreciated the change not for being the subject of interviews himself on the occasion.

Asking about the delayed response of the global leaders to react to climate change, William said: “Why do you think world leaders and those in key positions of leadership; why do think they’ve taken so long … there have been quite a few faltering steps to act on environmental challenges?”

The broadcaster’s 1950’s flourishing BBC career also got compared with his latest project teaming up with Netflix and the World Wide Fund for Nature (WWF) for an upcoming series called “Our Planet” to get released on the online TV streaming site.

Mentioning his early work in the mid-1950s, Attenborough said it was relatively “easy” to impress Britons by televising simply an armadillo involving one camera, one cameraman, and himself. Now the systems are “unbelievable,” taking viewers up to the sky and down the depths of the ocean that “people couldn’t imagine” 50 years ago.

Prince William noted late shift of Attenborough to environmental activism, mentioning that the presenter “held back from speaking publicly about environmental issues” for many years.

According to Attenborough, at the start of his career, such a state of crisis in the environment was nearly inconceivable, and extinction of animals seemed like the exception rather than the norm.

“And the notion that human beings might exterminate a whole species … you just hadn’t thought about it,” he exclaimed.

Expressing his deep concern for the environment, Attenborough concluded “Now of course we’re only too well aware that the whole of the natural world is at our disposal, as it were. We can do things accidentally that exterminate a whole area of the natural world and species that live within it.”