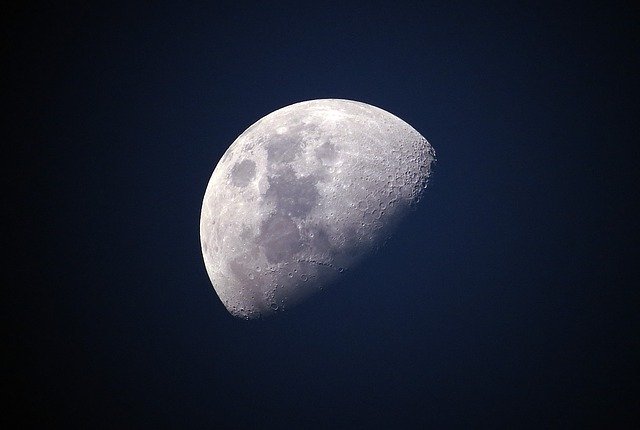 Donald Trump does not seem to have concerns like coronavirus on his mind as he ventures for less earthly deals. On Monday, Trump signed the executive order called the Encouraging International Support for the Recovery and Use of Space Resources to encourage the U.S. to mine the moon for minerals.

The executive order states that the U.S. can mine and use moon’s water, ice, and other mineral resources and the 1967 Outer Space Treaty allows using the resources of space on the Moon, Mars, and elsewhere.

The order makes it clear that the U.S. doesn’t view space as a “global commons,” opening the way to mine the moon without any sort of international treaty.

“Supportive policy regarding the recovery and use of space resources is important to the creation of a stable and predictable investment environment for commercial space innovators and entrepreneurs, and it is vital to the long-term sustainability of human exploration and development of the Moon, Mars, and other destinations,” the order reads.

“Outer space is a legally and physically unique domain of human activity, and the United States does not view space as a global commons.

“This Executive Order directs the Secretary of State to lead a U.S. Government effort to develop joint statements, bilateral agreements, and multilateral instruments with like-minded foreign states to enable safe and sustainable operations for the commercial recovery and use of space resources, and to object to any attempt to treat the 1979 Moon Agreement as expressing customary international law.”

The order states, “Americans should have the right to engage in commercial exploration, recovery, and use of resources in outer space,” also mentioning that the U.S. had never signed an agreement known as the 1979 Moon Treaty. As stipulated in this agreement, any activities in space should follow international law.

The U.S. will oppose any international attempt to obstruct its efforts of removing chunks of the moon or, in case the opportunity arises, additional mining of Mars and “other celestial bodies,” according to Trump’s executive order.

The new zeal of Trump administration to start drilling of the moon is in line with its support for fracking to mine back on Earth. A vast tract of federal land has been opened up by the administration for oil and gas drilling as Trump rolled back various environmental laws to revive the ailing coal industry.

It’s not that all the terrestrial drilling leases offered have been taken up by fossil fuel companies and the interest of the private sector behind doing blast into space to mine the moon is also uncertain. As per the executive order, the federal government will “require partnership with commercial entities to recover and use resources, including water and certain minerals, in outer space.”

Trump’s consistent interest in asserting American power in space found in the formation of the Space Force within the U.S. military last year to conduct space warfare where required. However, when the president tweeted in June, he appeared to be confused about the composition of space, that Nasa “should be focused on the much bigger things we are doing, including Mars (of which the Moon is a part).”

Whether the president actually thinks the moon is a part of Mars is a bit unclear, but the two are, in fact, quite far apart. The moon, which orbits Earth, is around 238,000 miles away from our planet while Mars, which is an average of 140m miles away from Earth, is itself a planet.

The 1979 Moon Treaty states that non-scientific use of space resources should be governed by international regulations, which the U.S. did not sign. In 2015, Congress passed a law explicitly allowing American companies and citizens to use resources from the moon and asteroids.

The order states: “American industry and the industries of like-minded countries will benefit from the establishment of stable international practices by which private citizens, companies and the economy will benefit from expanding the economic sphere of human activity beyond the Earth.”

In a statement, the president said: “After braving the vast unknown and discovering the new world, our forefathers did not only merely sail home—and, in some cases, never to return. They stayed, they explored, they built, they guided, and through that pioneering spirit, they imagined all of the possibilities that few dared to dream.”