If you are an events company looking to host an event in the most eco-friendly way possible, look to how you can reduce your carbon emission depending on your power supplier. According to a guide released by the Green Festival Alliance, you could save up to 10% of fuel savings by considering a few things in preparation of a festival or an event of similar size.

In 2011 the British events sector used an estimated 12 million litres of diesel, so it’s no wonder that power is often one of the five major production costs. Research shows that inefficient generators are commonly used at UK events and there is lack of communication between festival managers and suppliers, resulting in a lot of waste. Fuel prices are also rapidly rising and are becoming a big concern to event holders. 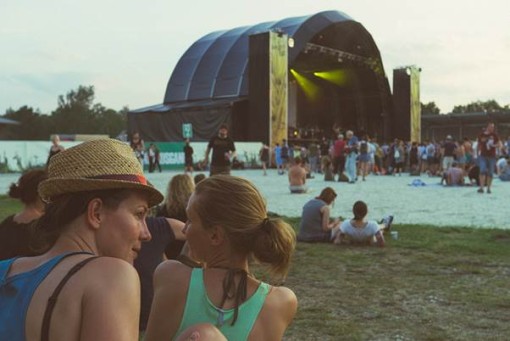 What are the Different Types of Energy?

Event holders use different types of energy to power an event and they need to be identified to be able to create change. Every department needs to be in this to make plans on how to improve the situation. They include:

How Can You Make Changes?

Work with your power supplier to determine what each team needs (catering, lighting, sound) so that they can properly assess your power requirements. Make it clear to all parties how much you aim to cut your carbon footprint and encourage suppliers to use eco-friendly equipment.  Aggreko is one such power generator supplier that has proven to be good at this, with services such as temperature and moisture control equipment. You can reduce the size of generators, increase the use of bio-fuel — by using generators that run 100% on biofuel or operate on a biofuel hybrid — encourage and monitor efficiency and look to successful case studies to find more ideas and tips that are helpful to your cause.

But what’s so Special About a Biodiesel Generator?

First of all, you’d be using a fuel that is a clear choice in favour of the environment. Biodiesel is simply fuel that is produced from processing vegetable oils such as soybean oil or from waste cooking oil, or from animal fat. The biodiesel is one of the resultant products of the reaction between the oil, methanol and a catalyst. Glycerine is another product of this combination and is used to make soap.

Biodiesel is believed to be a zero carbon fuel because the carbon is already absorbed by the ground when the plant is growing. Biodiesel is a non-toxic way to fuel a generator and emissions from the generator are much cleaner, since there is a lot less sulphur, if any at all. Biodiesel generators can range from small to large sizes, making them suitable for all kinds of events.

The power of music, a success story

One of the most notable uses of biodiesel generators at large music events has been at the famous British festival Glastonbury, in particular that of 2009. While the nation’s music fans rocked out to a weekend of thrilling live performances, Aggreko were using more than 230 generators — powered throughout the event with more than 60,000 litres of waste vegetable oil — to provide the temporary power supply to more than 750 traders on site. The company backed up the power supply with additional 4×4 tankers to make sure potential power shortages and bad weather wouldn’t steal the headlines.

And it wasn’t only the traders that benefited from the power, though. The BBC broadcast compound, the police and security compounds, the marketing compound, the corporate hospitality compound and the medical centre all received power through Aggreko. Additionally, the company set out 24 kilometres of festoon lighting with time clocks to reduce the power requirements during the event.

READ  13 Most Beautiful Coral Reefs in the World (With Pictures)

From a power provision and an environmental perspective, the event was a huge success. A team of 70 technicians had set to work on the project over a month before the event got underway. This team grew to as many as 90 technicians in the course of the project, all to ensure everything ran without a hitch.

As you can see, it is possible to hold an event and still show the environment the respect it deserves, so make a start on creating a green event today. If you’re organising the event, make sure there you communicate plenty with the power providers. As soon as you decide on a target and circulate it, you can work towards making it happen and have the most amazing festival ever.