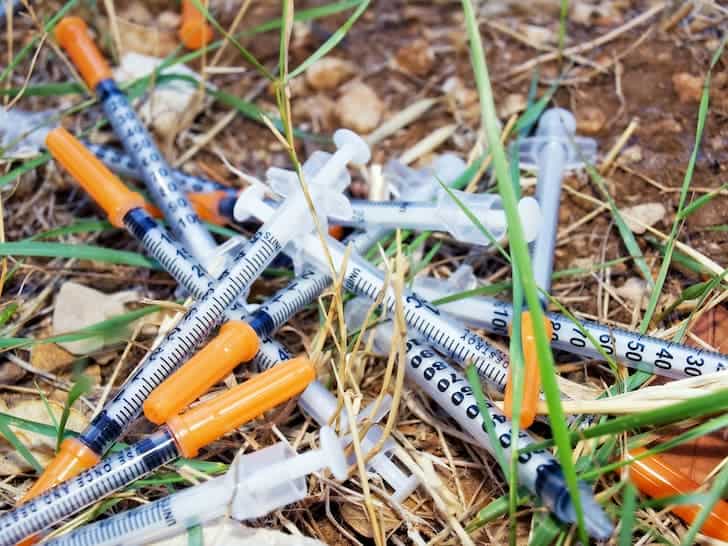 As the world’s population continues to expand, pharmaceutical products – generally drugs and chemical-based care products have continued to become more prevalent. Their significance in modern life cannot be underestimated, but then again, their use and disposal is bringing about massive concerns in regard to environmental pollution.

A great example is the pollution of water systems, where pharmaceuticals are released into the environment and reach aquatic systems such as lakes, oceans, rivers, and groundwater. Pharmaceutical plants are often incapable of filtering out all the chemical compounds used in their manufacturing process and as such, the chemicals will seep into the surrounding freshwater systems and eventually into the oceans, lakes, streams, and rivers.

Many urban and rural sources of groundwater, although clean and pure enough to drink, for example, contain trace amounts of pharmaceutical ingredients, from birth control pills, antidepressants, painkillers, shampoos, anti-epileptics, caffeine, and many other pharma products.

1. The Drugs We Use and How They are Ingested and Expelled!

Our bodies metabolize only a fraction of the majority of the drugs we swallow. The remaining part can be sweated out, but the large part is excreted from the body through urine or fecal matter, meaning the excreta will be part of the wastewater and eventually will be in the environment.

Some medication can also be applied as creams or lotions and the unabsorbed portions of the medication will be washed off the body and find its way into the environment. For instance, one man’s use of testosterone cream can wind up putting as much of the hormone into the water as the natural excretions from 300 men.

Hospitals and nursing homes also contribute to pharmaceutical pollution. Hospitals, in particular, might be less of a problem as they have on-site pharmacies with arrangements to return the unused drugs to the manufacturers for credit or disposal.

Nursing homes, on the other hand, are particularly guilty of flushing medications down the toilet or drain, especially if a patient dies or is transferred to another facility, mainly because in most cases, they do not have a similar return policy with drug manufacturers as hospitals.

The rule of getting rid of the opioid painkillers is to flush them down the drain as it is an acceptable option, encouraging them to flush down all their leftover medications.

Although some factories are bigger than others, they are all guilty of contributing to pharmaceutical pollution. Some will dispose of the drugs in a landfill, and some will flush them, among many other ways of disposing of the drugs.

A US Geological Survey study revealed contamination levels downstream from two drug manufacturing plants in the state of New York, which were between ten and 1,000 times higher than those at comparable facilities in the country.

Like humans, not all the drugs fed to domesticated animals are metabolized by their bodies. For this reason, they excrete parts of the drugs that remain undigested. About 2 trillion pounds of animal waste, which is generated by large-scale poultry and livestock operations in the United States, was found to be laced with hormones and antibiotics fed to animals.

The drugs and hormones were meant to make the livestock and poultry grow faster as well as keeping them from getting sick. As such, and inevitably, some of those hormones and antibiotics will leach into groundwater or get into waterways and contribute to pharmaceutical pollution.

We as consumers are responsible for a significant amount of the pharmaceutical and personal care products that end up in streams, groundwater, lakes, and rivers. It is not uncommon to find a home cabinet full of unused and expired drugs. The problem is that out of all these drugs, only a fraction is disposed of properly.

For instance, data collected in 2007 from a medication collection program in California, suggested that only about 50% of all medications, prescription and over-the-counter, were discarded properly. Even if that figure is a huge estimate, and the real proportion could be lower, the conclusion is that there is a lot of unused and mostly expired medication that potentially gets into the water systems.

1. Effects on Fish and Aquatic Life

A number of studies have indicated that Oestrogen and chemicals that behave like it, have a feminizing effect on male fish and can alter female-to-male ratios. Such Oestrogen can be found in birth control pills and postmenopausal hormone treatments.

The Potomac River, in the United States, is known to have several intersex fish, which are fish with both male and female characteristics, mainly because of the pollution of the river in different sections.

2. Disrupting the Normal Operations of the Sewerage Process

See also  Medical Waste Disposal and Companies Involved in it

They are found in very minimal concentration in rivers and streams as compared to the normal dose, but there is a growing concern that chronic exposure to these compounds could result in serious health issues. It is also speculated that these compounds, could act synergistically to cause more severe health issues.

For instance, endocrine disruptors, which come from agricultural, domestic and industrial sources such as pharmaceuticals, disrupt biological processes like growth, development and reproduction, which are regulated by hormones. Also according to a 2006 research by Italian researchers, a combination of pharmaceutical compounds inhibits the growth of embryonic kidney cells in laboratory tests.

Researchers first identified trace amounts of pharmaceutical drugs in surface water and groundwater in the early 1990s, sounding alarm bells ever since.

4. Long-term Effects on the Environment

Some pharmaceutical compounds last a long time in the environment and in water supplies. Once the concentration reaches a certain level, usually around one part per million, the chemicals begin to affect the environment. Some drugs, like antiepileptics, are persistent, with some being pseudo-persistent, meaning, they degrade eventually, but after quite some time.

This means they continue to affect the environment long after they are disposed of. Some, have about 30% high fat solubility, meaning they can bioaccumulate, enter a cell and move up food chains, becoming more concentrated in the process.

Surveys in Europe and the US, have found hundreds of these compounds in groundwater, sewage, surface water, wastewater from treatment plants and of course tap water. Polluted water from streams, lakes, rivers and other sources, will therefore eventually make its way into our bodies

For decades, antimicrobial resistance, with incidences like multidrug resistance has been blamed on irresponsible use of the drugs in human medicine and farming.

Pharmaceuticals, flushed into the environment by humans, or through the sewage are also affecting wildlife. These animals are consuming water that contains these particles, or are preying on fish which swim in such waters.

Studies on the effects of pharmaceuticals on wildlife are little and have not led to conclusive results, but it is believed that these effects will soon affect the natural world massively. The little known results have shown that antidepressants reduce feeding in starlings and a contraceptive drug is decreasing fish populations in lakes.

See also  How Air Pollution From Automobiles Can be Controlled?

The easiest, cheapest, and most effective solution to pharmaceutical pollution is keeping the drugs from reaching the waterways in the first place. We should invest in public education on the proper disposal of drugs, as part of the drug take-back programs.

This way, people will know how to properly get rid of old or expired medicine without contributing to pharmaceutical pollution. awareness can also create initiatives that mitigate the effects already caused by pharmaceuticals on the environment.

The institutions would restrict themselves from disposing of the drugs without proper procedure and would also ensure their relationship with drug manufacturers is in a way that they can return the drugs if they are expired.

3. Additional Research Pertaining to the Potential Dangers of Pharmaceutical Pollution

More research is desperately required to assess the potential human effects of pharmaceutical pollution. it will also address the best methods for removing the compounds at treatment plants in a way that is not hazardous or dangerous to the environment in general. If a significant long-term risk to public health is identified, more aggressive efforts can then be taken to control the problem as required.

Another solution is to limit the bulk purchases of pharmaceuticals. The majority of institutions and individuals purchase them in bulk since large volumes attract discounts, which makes the overall price more attractive.

However, it gives rise to a situation where there are large bottles of unused pills which ultimately end up being flushed or disposed of in the wrong way. Limiting bulk purchases will ensure only the required amount is supplied and therefore, less pharma pollution.

5. Trashing is Better Than Flushing

Throwing unused medication into the trash leads to them being incinerated or buried in landfills. It is a better way of disposing them than flushing or pouring them down the drain. However, if you are to trash them, do it properly. Remove them from their packaging, crush them, and seal them in a plastic bag with water.

More to that, add sawdust, coffee grounds, or cat litter or any other material that is unappealing. Although this is not for environmental reasons, it cuts down the chances that a child or animal might ingest the contents.

Carrington, D. (2014). Drugs flushed into the environment could be cause of wildlife decline. The Guardian. Retrieved from https://www.theguardian.com/environment/2014/oct/13/drugs-flushed-into-the-environment-could-be-cause-of-wildlife-decline

Nawrat, A. (2018). Pharma and the environment: pollution continues despite public pressure. Pharmaceutical Technology. Retrieved from https://www.pharmaceutical-technology.com/features/pharma-and-the-environment-pollution-trend/

Tarfiei, A., Eslami, H. & Ebrahimi, A. A. (2018). Pharmaceutical Pollution in the Environment and Health Hazards. Journal of Environmental Health and Sustainable Development, 3(2), 492-495. Retrieved from https://www.researchgate.net/publication/326829844_Pharmaceutical_Pollution_in_the_Environment_and_Health_Hazards_JEHSD