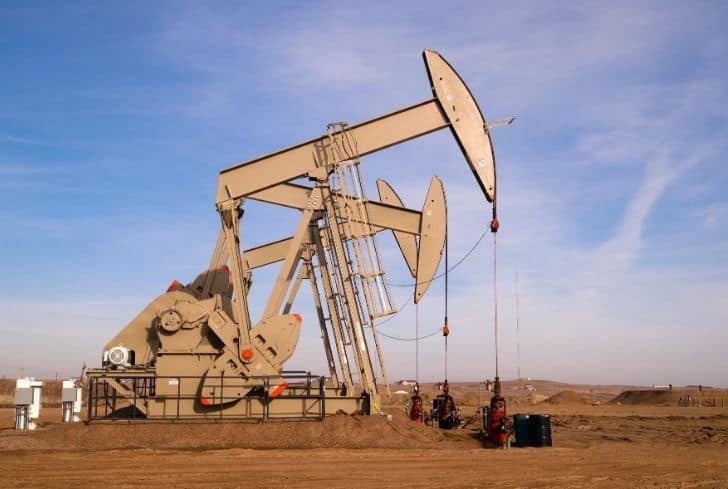 There have been numerous arguments about the effects of hydraulic fracturing. Many argue that fracking is harmful to the environment, public health, and conservation of freshwater, so much so that docudramas have been made about it.

Despite scientific answers to each myth, activist groups continue to remain skeptical and lobby for shutting frack wells in the US. Interestingly, many leaders in the US, have advocated for a ban on fracking, it could be just a gimmick that is far from the truth.

Oil and gas fracking have tremendous economic benefits, but we will keep them aside in this discussion. This article will help you understand and debunk the myths that surround fracking from the environmental, health, and safety point of view.

12 Myths About Fracking (and Responses)

1. Fracking is new and untested

Fracking was developed almost 60 years ago and has evolved since then. With time, technology has become safer to not only extract the gas but also to treat wastewater. Fracking, like any other industry, can face accidents, however, it doesn’t mean that the technology is untested. In fact, oil and gas extraction companies have to comply with federal environmental and public health laws.

That being said, oil and gas extraction companies have to make sure that there is no complacency in well drilling, infrastructure construction, and wastewater management processes.

All oil and gas companies have to comply with Clean Water Act regulations before discharging spent water produced after fracking.

Freshwater aquifers are normally a few hundred feet below the surface, whereas oil and gas wells are over 7,000 ft. underground. Both are separated by a layer of solid rock. Drilling companies have to form a solid shell of concrete and steel around the periphery of the drilled hole to prevent any leakage of oil, gas, or fracking liquid into underground freshwater bodies.

The Clean Air Act regulates air pollutants emitted during the extraction of oil and gas. Having said that, any industrial activity leads to the production of fumes at some stage of production. It is about how much quantity we produce, the ability of the environment to neutralize it, and its long-term effects.

The extent of any damage could be calculated via the impact on both health and the environment. This includes morbidity, mortality, crop loss, reduction in visibility, and effect on natural ecosystems.

We won’t deny the fact that natural gas has its own effects on the environment. But it has been proven to be far less than coal extraction and burning.

Some reports have claimed that there are increased incidents of breast cancer in areas with fracking wells.

But most of them are vague without establishing any direct connection. In fact, Pennsylvania and Texas have seen much lower incidents of cancer, asthma, and congenital disabilities than other states where there are no fracking wells. While we don’t deny the presence of such diseases, they cannot be linked to fracking.

According to a US Geological Survey, even though fracking involves causing micro-cracks in shale rock to extract natural gas, these are not big enough to cause earthquakes that can damage infrastructure or endanger life above the ground. At worst, it could only lead to mild tremors equivalent to that caused by a large truck passing on a highway at close proximity.

The Environmental Protection Agency (EPA) concluded that improper disposal of fracking fluids in wells is a larger cause of earthquakes. Yet again, this is different from the fracking process itself and requires drilling companies to manage waste liquids better.

By reducing the amount of water injected into the well, managing depth of wastewater wells, and avoiding areas sensitive to seismic activity, tremors however small can be avoided.

There have been some incidents in the past where running water from taps caught fire because it carried inflammable methane. However, the investigation that followed concluded that it wasn’t because of fracking technology.

Drilling done for tap water source crossed some coal deposits from where methane leaked into the water. In another incident, some oil and gas extraction companies did not follow the state and federal laws for sealing the drilled hole after extraction was complete which resulted in leaks. As a result, federal and state agencies have implemented strict legal implications for companies that don’t comply.

Any technology matures with the help of experiences and stricter safety regulations. But that doesn’t warrant calling fracking technology itself as dangerous.

7. Fracking is bad for the environment

The Comprehensive Environmental Response, Compensation and Liability Act (CERCLA) mandates all oil and gas companies to report the processing and release of hazardous substances. The Environmental Protection Agency (EPA) manages any spills of hazardous substances, and mandates operators to restore the affected areas. The CERCLA was enacted by the Congress in 1980 and works in conjunction with the EPA and public participation.

Both coal and natural gas comprise hydrocarbons. But any damages caused by natural gas extraction are only a fraction of those caused by coal. The extraction of coal leads to the emission of solid particulate matter in the atmosphere.

Due to cutting edge technology in drilling, extraction, and storage, fracking is far safer in the US than in other countries. The fracking industry has sophisticated storage options for freshwater, sand, oil, and spent water making the process safer than ever before.

Yes, it cannot be denied that some methane is released into the atmosphere during the drilling and extraction process. Methane is a more potent greenhouse gas as compared to carbon dioxide. But it also dissipates faster, and its concentration is not rising faster than it can be absorbed.

9. Extracted natural gas is not safe and clean

10. A huge amount of water is used in fracking

Fracking does use a large quantity of water (up to 7 million gallons to frack one well), but it is only a fraction of that required in coal and nuclear power. In fact, the total water used in over 1 million fracked wells across the US is less than 1% of the country’s total water consumption.

Oil and gas drilling companies are also using technologies to recycle between 70 – 100% of the same fracking fluid that is extracted from one well in another. This prevents any adverse impact on the local water table in new locations.

This example will help you get a perspective – Out of the 9.5 billion gallons of water used per day in Pennsylvania, fracking consumes only 1.9 million gallons a day (mgd). Livestock uses 62 mgd., mining, 96 mgd., and industry, 770 mgd.

Almost 99.51% of fracking liquid that is pumped into the ground comprises water, and small quantities of sand. Remaining 0.49% consists of some chemicals that are used to increase the efficiency of the extraction process. These chemicals are found in our daily lives as well –

Clearly, these chemicals are not life-threatening. With strict state regulations and improving technology, companies ensure that most of this liquid is extracted and recycled to use in other wells.

12. The public cannot afford to rely on state regulation of fracking

Ever since fracking in the US started in 1940, state and federal safety regulations have evolved. The fracking industry has huge monetary and human investments, and they cannot afford to lose it by lackluster attitude.

According to the Energy Information Administration, the dry natural gas production will average 88.7 Bcf/d in 2020. The industry will employ over 3 million people by 2020 which will increase to 3.5 million by 2035.

When and if an accident happens, even the company and its employees get impacted. With such high stakes in the business, it makes more sense for both companies and agencies to follow the regulations in fracking.

As per the data released by Energy Information Administration, there were over a million oil and gas wells in operation across the United States. Any industry is prone to accidents, but that does not essentially mean that the way out is to shut it down.

Rather, it makes more sense to keep improvising fracking technology and making the process safer. Oil and gas extraction industry has been doing this in coordination with state and federal agencies, and the hope is that fracking will evolve into a dependable energy source in conjunction with other viable sources of energy.