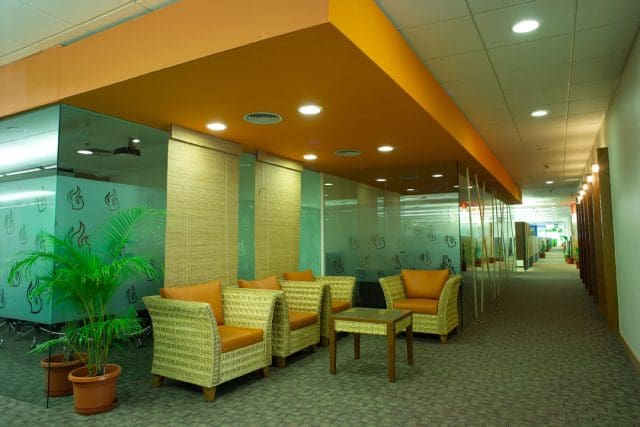 Throughout history, we have been using dangerous materials in construction. These substances usually can’t be seen or smelt, but they are highly toxic. The effects these materials have on a person’s health range from mild to severe. Some of them can even be lethal if left untreated.

On the other hand, our health is not the only thing that suffers from the use of these materials. Some of them also have an undesirable effect on the environment as well. As a result, it is crucial to get rid of these substances or get away from them entirely.

Most Dangerous Materials & The Side Effects of Exposure

Lead is a highly poisonous metal. It is mostly found in paints, plumbing pipes, and roofing materials. Lead can be swallowed or inhaled and it affects many organs, though it affects the brain and kidneys the most. Too much exposure results in lead poisoning. The scary part is that the disease does not always show symptoms, which could delay detection and cure.

The World Health Organisation lists lead exposure as one of the biggest health threats.

Lead is also bad for the environment, as the extraction and disposal of it can cause contamination of the Earth’s water and soil.

Asbestos refers to six minerals that all occur naturally in nature. It has been wildly used as a construction material until the 1990s, even though the dangers of it were known before.

All six minerals are hazardous to human health. Overexposure leads to a disease called asbestosis, which can lead to lung cancer. There is no cure for asbestosis.

Asbestos is very hard to detect, which is part of the reason it is so dangerous. Studies have shown that most homeowners are unable to identify asbestos.

If you learn that asbestos was used in the construction of your house, you should consider moving. While this might seem like a big step to take, your health is more important than property. Should you choose to do so, you should hire a trustworthy house removal company, which will help you get away from the dangerous material as fast as possible.

Asbestos was banned in the UK in 1985. In 2012, Control of Asbestos Regulations issued a statement that ordered all owners of factories and offices to remove asbestos from the premises.

Polyvinyl chloride (PVC) is a type of plastic. Around 40 million tonnes of it are produced each year. PVC is very cheap and durable, which makes it ideal for mass production. It has many uses, including flooring, wall coverings, and insulation.

It might be surprising to learn that PVC is classified as a carcinogen. It can lead to cancer, genetic mutations, birth defects, and liver dysfunction. To make the matters worse, lead has been previously been added to PVC to improve stability.

PVC is toxic, not only to humans but also to the environment. The production and disposal of it are highly unregulated, which exposes the toxic substance to the world.

Fibreglass is a type of plastic that is reinforced using glass fibre. It is mostly used as a roofing material and as a thermal insulator.

Exposure occurs most commonly among people who cut the fibres, resulting in the dust. The dust is then inhaled and causes respiratory irritations. It can also trigger asthma or bronchitis. However, it is not classified as a carcinogen.

Silicon dioxide, commonly known as silica, occurs naturally and is mostly found in sand, stone, bricks, and concrete. The problem occurs when a stone is being demolished, as it releases silica which we absorb through inhalation.

Long term exposure can lead to lung cancer and other lung infections. However, silica is considered an “occupation hazard”, which means that it is most dangerous for people who work with materials that contain silica. Simply put, it is not hazardous to the most common folk.

Of course, there are plenty of other materials that can be bad for your health or the environment. However, these are the most prevalent and can be very dangerous if handled improperly.

There are many ways to deal with materials that can be hazardous to your health. While there are no laws to prevent you from taking matters into your own hands, dealing with hazmat should be left to the professionals. Not only are they trained to do so, but you are also limiting yourself to the exposure of potentially deadly substances.

However, it is not cheap. It requires inspection, removal, and disposal of the material. Depending on your location, it can cost an arm and a leg.

As a result, some people choose to try and handle the toxic materials themselves. This is a very dangerous practice and it is highly discouraged. Should you choose to do so, there are some things to keep in mind.

Firstly, you are not only putting your health at risk, but also the health of other occupants of the property. Secondly, it is very easy to expose the material to the environment, which can affect an even larger population.

Sometimes, the simplest solution is moving away from the contaminated area.

Is Moving The Best Solution?

As with most big decisions in life, it is important to be informed of all the risks. Staying in a contaminated building or home does not have to be a death sentence, depending on the material and your level of exposure. Depending on your situation, you might have nothing to worry about.

However, dealing with hazardous materials can be exhausting, expensive and dangerous.  As it’s been mentioned numerous times before, your health is the most important.

Feeling safe in your own residence should be a priority. If that condition isn’t met in your home, you might consider relocating to somewhere where you can be completely relieved and not have to worry about the dangers of lead or asbestos.