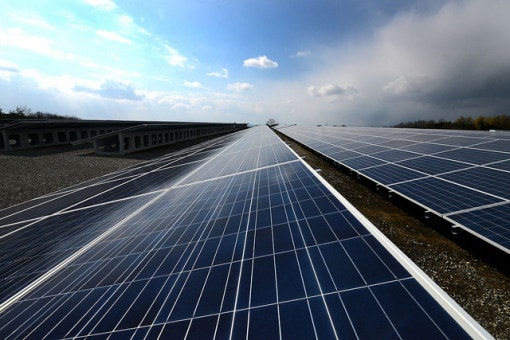 Mining sites are often a source of high energy consumption, due to the variety of technical tools, lighting resources and transportation methods required. Oftentimes, a mine in a remote area is not even connected to the power grid, which makes it necessary to generate electricity via diesel power plants. This, combined with the numerous costs of mining itself, makes diesel-generated power a very pricey expense for mining companies.

The United States’ general lack of success with some alternative energy sources, like wind turbines and photovoltaics, has recently prompted many in the mining industry to seek out renewable energy sources for use in the near future, both as a way to cut costs and decrease damage on the environment. Since going all-renewable is unrealistic considering the current availability, many mining sites have opted for a combination of solar and diesel, which has a number of impacts on the environment. The future implications of both mining and solar are notable, as their convergence is becoming more prominent by the day.

Back in 2010, Rosemont Copper wanted to test plans for solar energy use on their Santa Rita, Arizona site. They approved contracts for five companies to construct test beds for their solar power designs. These beds were able to generate 90 kW of power or the power equivalent required for 30 homes. The United States however, isn’t the only one interested in testing this.

Just last September, a mining site in Australia began using electricity generated from a solar plant. It’s called the Weipa Solar Plant, and it aims to be a test of solar’s compatibility with mining. This single mining site displaces around 500,000 liters of diesel fuel annually, prompting the site’s general manager to call it “an opportunity to trial the introduction of an alternative power source such as a solar plant into a remote electrical network like the one here in Weipa.”

“The significance of the Weipa Solar Plant is that it provides the opportunity to demonstrate that PV-diesel hybrid projects can also be as reliable as stand-alone diesel-powered generation,” added First Solar’s Regional Manager for Asia Pacific, Jack Curtis. Although diesel gensets have long been the most common source for manufacturing power at mines, the continuing success of research regarding low-load gensets for solar-diesel hybrid applications suggests that increasingly efficient production and use of energy is imminent at mining sites that adapt to and utilize these solar-diesel genset hybrids.

The Weipa Solar Plant and the mining sites working with it are certainly worth monitoring as a barometer for future developments regarding solar testing and mining.

No one can deny that mining takes a toll on the land.  It can lead to sinkholes, deforestation and a loss of biodiversity.  Other damages can come from chemicals which can contaminate the soil, groundwater, and surface water of nearby areas.  While mining itself can be harmful, taking small steps towards less waste is better than throwing caution to the wind.

There are multiple benefits that come with switching to solar energy. They include providing little to no global warming emissions, improved air quality, and a virtually inexhaustible energy supply.  Add solar power to mining sites could also reduce the potential of polluting nearby water systems because sites would rely less on water power to run machines. However, it’s important to note that this system isn’t without its flaws. One negative of solar power is the clearing of more land that would be required for solar panel fields. Many communities that are on the fence about having a mine could be upset further by more of their land taken away.

The Future of Mining and Solar Energy

Developments in the mining industry that promote increased use of solar energy, like the new site opened in Australia, show an increasing willingness to adapt forms of solar energy for use at mining sites. The benefits are particularly hard to ignore for mining sites in remote areas, which often lack reliability and efficiency when using energy. Solar energy seeks to change that. As the mining industry and others begin to adapt to solar energy, we may begin to see its usage becoming more popular in other private sectors before too long.

Megan Ray Nichols loves writing about environmental issues and other science fields. If you enjoyed learning about how solar power is helping minimize the environmental impact of mines, you might be interested to learn more about climate change.