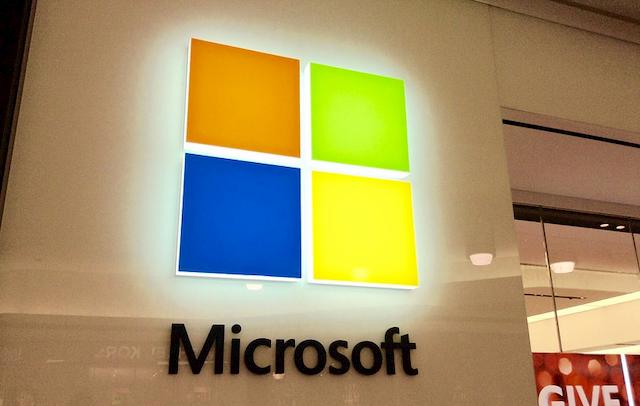 Microsoft makes a ‘carbon negative’ pledge that includes removing “all of the carbon” from the environment that it has emitted since its inception in 1975.

Satya Nadella, the Chief Executive, said he wanted to achieve the goal by 2050.

To hit the target, the company aims to become “carbon negative” by 2030, removing carbon from the environment more than it emits.

Amazon, the cloud-computing rival of Microsoft, intends to go “carbon neutral” by 2040, but Microsoft pledge goes beyond it.

“When it comes to carbon, neutrality is not enough,” said Microsoft president Brad Smith.

“The carbon in our atmosphere has created a blanket of gas that traps heat and is changing the world’s climate,” he added in a blog.

“If we don’t curb emissions and temperatures continue to climb, science tells us that the results will be catastrophic.”

The company also announced to set up a $1bn (£765m) climate innovation fund for the development of carbon-tackling technologies.

When a business aims to be carbon neutral, it effectively adds no carbon to the atmosphere.

It can be done by:

Most companies that wanted to achieve neutrality opted for offsetting emissions until now.

These companies mostly invest in the projects of developing economies to cut down carbon emissions there, which may include building hydroelectric power plants to encourage families to stop using wood-based stoves, and helping businesses make use of solar power. These reductions in carbon emissions will then get deducted from the actual output of that leading company.

As a result, carbon emissions slow down rather than being reversed.

Conversely, a company becomes carbon negative when it removes more carbon from the atmosphere compared to what it emits.

Microsoft says it will use a range of carbon capture and storage technologies to do this.

Environmentalists broadly welcomed the announcement and said that Microsoft was not thinking about just its role but the bigger climate change goal.

“But to really shift the needle on climate change, we need 1,000 other [companies] to follow-suit and turn rhetoric into action.”

However, Greenpeace warned about Microsoft’s ongoing relationship with oil and gas companies.

“While there is a lot to celebrate in Microsoft’s announcement, a gaping hole remains unaddressed: Microsoft’s expanding efforts to help fossil fuel companies drill more oil and gas with machine-learning and other AI technologies,” said senior campaigner Elizabeth Jardim.

What are the ways by which Microsoft accomplish its goal?

Microsoft has suggested a range of ways it could remove carbon from the atmosphere, including:

§ Soil carbon sequestration – It is a process of putting carbon back into the ground. It could be done by adding microbes and nutrients to parched earth that have the added benefits of the soil becoming more fertile and less susceptible to erosion.

§ Direct air capture – In this process, possibly large fans are used for sucking carbon dioxide out of the atmosphere that moves air through a filter that can remove the gas.

See also  31+ Stunning Ways to Save the Environment from Destruction

§ Bio-energy with carbon capture – This can be done by growing crops and then capturing the CO2 when they emit by burning them to produce heat. Alternatively, they are fermented to make fuels such as bioethanol.

This sector will account for up to 3.6% of the world’s greenhouse gas emissions this year, which is twice the level in 2007 as per one estimate. And in a worst-case scenario, this could grow to 14% by 2040 as forecasted.

Microsoft plans to cut down the emissions it created directly by itself to half by 2030 and also of those involved in its supply chain.

The company can do this is by increasing the carbon fees it charges from its internal business groups.

Microsoft has forced its divisions to set budgets considering the cost of emissions from electricity use, business travel, and other activities since 2012.

Now the indirect emissions created by customers using electricity to power the divisions’ products will also be incorporated in the charges.

Although Microsoft cannot avoid producing CO2 altogether, it will invest in technologies for capturing and storing the gas to reduce the amount in the atmosphere.

According to the firm, its data centers and other facilities would use 100% renewable energy by 2025.

What are Microsoft’s rivals’ plans?

California based software-maker Intuit has also pledged to be carbon negative by 2030.

It said to reduce emissions by 50 times more than its 2018 carbon footprint.

Jeff Bezos of Amazon announced in September 2019 to make his company carbon neutral by 2040. He will do this by buying 100,000 electric vehicles for the online retailer’s delivery fleet.

Google has launched a set of digital tools by which cities can track and reduce emissions. The search giant invests in green projects to offset its emissions.