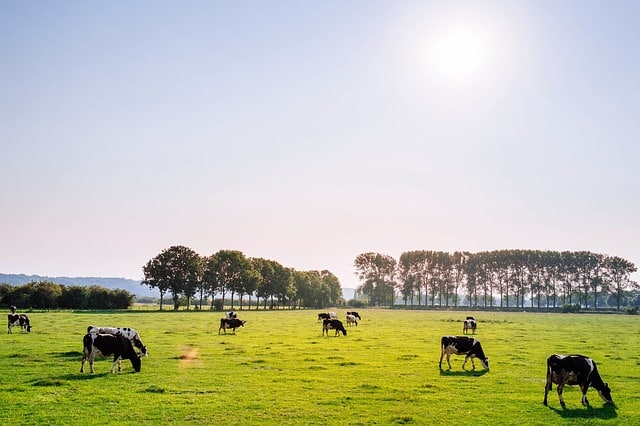 The alarming methane levels rise in the atmosphere is an obvious threat to limit global temperature increase to 2C according to scientists.

The American Geophysical Union published a paper this month where researchers stated that over the last four years, there are sharp rises in the levels of the powerful greenhouse gas methane, in the atmosphere. Now it’s urgent to stop the further increase in methane that may lead to global warming and a rise in temperature well beyond 2C.

“What we are now witnessing is extremely worrying,” said one of the paper’s lead authors, Professor Euan Nisbet of Royal Holloway, University of London. “It is particularly alarming because we are still not sure why atmospheric methane levels are rising across the planet.”

The primary source of methane is cattle and others like fires, decaying vegetation, natural gas plants, and coal mines. Often it is more potent than carbon dioxide due to atmospheric warming. However, it is found at the lower levels in the atmosphere as it breaks down faster than CO2.

Methane levels in the atmosphere mostly increased from fossil fuel during the 20th century but stabilized by the early 21st century said, Nisbet. “Then, to our surprise, levels started rising in 2007. That increase began to accelerate after 2014, and fast growth has continued.”

However, the exact cause of the rise is not apparent. According to studies, these increases are biological in origin. Researchers argued that in the tropical regions like Africa, warmer and wetter weather conditions due to climate change, intense farming with rising numbers of cattle and swamps are causing the production of more methane.

A consortium funded by the Natural Environment Research Council and led by Nisbet studied in detail and completed a series of flights over Zambia and Uganda this month by collecting samples of the air above these countries.

“We have only just started analyzing our data but have already found evidence that a great plume of methane now rises above the wetland swamps of Lake Bangweul in Zambia,” added Nisbet.

As per the scientists, factor at work could be more sinister.  Methane breaks down due to natural chemicals present in the atmosphere which are changing with the rise in the temperature.

The heating up of the world is affecting its power to cleanse pollutants. Due to warming, more greenhouse gases linger in the atmosphere causing a further rise in the temperature.

According to UN Environment Emissions Gap Report 2018, nations agreed following Paris Agreement 2015 on climate change to restrict the rise of global temperature below 2 degrees Celsius above pre-industrial levels and making efforts to limit the temperature rise further to 1.5 degrees Celsius.

The goal can be achieved mainly by reducing emissions of carbon dioxide from fossil fuel which would be very hard to reach. The task is becoming even harder with the accelerated increase in methane and other different greenhouse gases.

As Martin Manning of Victoria University of Wellington in New Zealand said, “Methane is the gas … that keeps us to a 2C rise in global temperatures. And even more significantly, we do not really know why.”

Martin added, where the situation requires even more cuts in CO2 emissions, the continuously increasing methane levels in the atmosphere is making it worse.

Nisbet supported the point saying “It was assumed, at the time of the Paris Agreement, that reducing the amount of methane in the atmosphere would be relatively easy and that the hard work would involve cutting CO2 emissions.”

“However, that does not look so simple any more. We don’t know exactly what is happening.”

“Perhaps emissions are growing or perhaps the problem is due to the fact that our atmosphere is losing its ability to break down methane.”

“Either way we are facing a very worrying problem. That is why it is so important that we unravel what is going on – as soon as possible.”