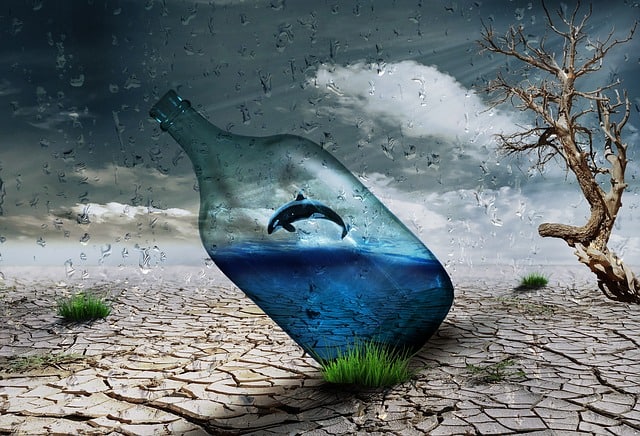 Among the multifaceted challenges triggered by climate change, extreme weather events especially marine heat waves are taking a toll on dolphin population and other marine mammals in the Shark Bay region, a UNESCO World Heritage site. They have also been the reason behind a significant fall in the rates of female reproduction of bottlenose dolphins.

According to a study published in Current Biology Monday, researchers searched for the implications of scorched waters because of a marine heatwave off the coast of Western Australia in 2011. They found that the dolphin’s survival rate reduced by 12 percent in the area and females gave birth to a less number of calves which lasted until 2017.

“The extent of the negative influence of the heat wave surprised us,” lead author of the study and Ph.D. student of the University of Leeds, Sonja Wild in a statement reported by USA Today. “It is particularly unusual that the reproductive success of females appears to have not returned to normal levels, even after six years.”

Shark Bay, the World Heritage Site in Western Australia and home to Indo-Pacific bottlenose dolphins, was the area of studying dolphins for the researchers. As a University of Bristol press release explained, the 2011 unprecedented heat wave raised ocean temperatures as much as four degrees Celsius above average in the area killing seagrass and fish in the iconic bay. Seagrass provides food and shelter to the marine inhabitants.

“Our findings suggest that extreme weather events may be too sudden or disruptive for even highly adaptable animals to respond, leading to negative impacts at the population level. We are yet to see the recovery of seagrass meadows or fish stocks and now we find negative impacts on dolphins from just one event. Dr Simon Allen, the senior author of the study and senior research associate at Bristol’s School of Biological Sciences, said.

The researchers were looking for an answer to whether there was any impact on the larger animals for the seagrass die-off.

“It was serendipity really. We have been working in that part of Shark Bay since 2007, now as part of a large study,” study author and Director of Department of Anthropology, University of Zurich Michael Krützen told CNN in an email.

The encounters of more than 5,000 dolphins between 2007 and 2017, reviewed by the researchers disclosed the lasting impact of a heat wave as per a press release. Fish in the area could not recover quickly due to the loss of food and habitat according to the researchers. In this situation, dolphins were forced to spend more time searching for food being less aware, and the chances increased that sharks would prey on calves.

Additionally, it was harder for mothers and young dolphins both to get enough food due to reduced food availability and lack of nutrition leads to more deaths of the calves.

According to the findings by the researchers, it was yet another example that climate change poses a threat to the oceans. The number of ocean heat wave days per year had increased by 50 percent between 1987 and 2016 found in a study published in March for example, and that was like wildfire on land. They had the same devastating impact on marine ecosystems.

“Given that marine heatwaves are occurring more often in association with climate change this raises serious concerns over the long-term prospects for the dolphin population, commercial fisheries and the ecosystem as a whole,” Dr. Simon Allen said in the press release.

The good side of the study was that dolphins which used sponges as foraging tools to hunt were less impacted than others, but the researchers were not confirmed whether that advantage would hold for an extended period, CNN reported.

“It seems that extreme weather events appear to threaten marine mammal populations in their existence. If we want to conserve these populations, we have to think how the frequency of such events can be kept at a minimum,” Krützen told CNN.