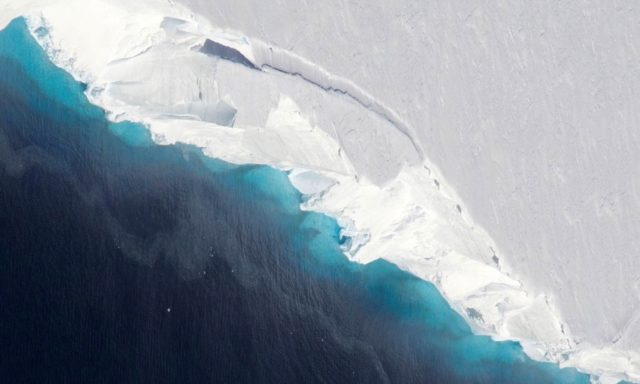 A mammoth iceberg breaks off the Amery ice shelf in East Antarctica according to expert monitors. It is almost the size of Greater London.

According to the Australian Antarctic Division, D-28, the official name of the tabular iceberg, is 1,636 square kilometres or about 50 x 30km in size, slightly smaller than Scotland’s Isle of Skye when it separated from the ice shelf on 26 September.

The point where Antarctic ice sheet meets the ocean, platforms of floating ice, better known as ice shelves form. They hold back the flow of the grounded ice in a similar way to architectural buttresses.

The Amery ice shelf covers an estimated area of 60,000 sq km of floating ice and water penetrates over 550km underneath it. It has just produced its biggest 315 billion-tonne iceberg in more than 50 years which is about 210m thick.

Since 1963-64, this calving is the first significant event on the Amery ice shelf although as per the scientists it was not linked to climate change. Despite experiencing intense surface melt in summer, Amery is roughly in balance with its surroundings that was shown in the satellite data since the 1990s.

The site was under the monitor of scientists from the Australian Antarctic program, the Institute of Marine and Antarctic Studies and the Scripps Institution of Oceanography for almost 20 years.

According to Scripps professor, Helen Amanda Fricker, in the early 2000s, scientists first noticed a rift before the ice shelf and had forecasted the calving of a giant iceberg between 2010 and 2015.

A location adjacent to which the calving occurred, called “loose tooth” because of its resemblance to the dentition of a small child in satellite images. It was the same rift system that both ice areas had shared and was under close watch by the scientists as the ice found was precariously attached.

Therefore, scientists knew this calving event was coming. The exciting part is, the area which had much of the focus is actually to the east of the section that’s broken away. However, despite being wobbly, the loose tooth is still attached, and the part extracted was D28.

“It is the molar compared to a baby tooth,” Prof Fricker told BBC News.

“I am excited to see this calving event after all these years,” she added.

“We knew it would happen eventually, but just to keep us all on our toes, it is not exactly where we expected it to be.”

The Amery ice shelf, which is located between Australia’s Davis and Mawson research stations, is the third-largest in Antarctica. It is a crucial drainage channel for the east of the continent.

The shelf that flows off the land into the sea is the floating extension of a number of glaciers. These ice streams maintain equilibrium by losing bergs to the ocean while balancing the input of snow upstream.

“While there is much to be concerned about in Antarctica, there is no cause for alarm yet for this particular ice shelf,” Prof Fricker added.

The ice shelf is under study since the 1960s by the researchers. Now instruments on the ice measure the impact of ocean melt and ice flow.

The loss of such a vast berg will likely change the stress geometry across the front of the ice shelf. The behaviour of cracks and even the stability of Loose Tooth are also depended on it.

The calving was detected through satellite imagery as per a glaciologist, Ben Galton-Fenzi associated with the Australian Antarctic Program.

“The calving will not directly affect sea level, because the ice shelf was already floating, much like an ice cube in a glass of water,” he said.

“But what will be interesting to see is how the loss of this ice will influence the ocean melting under the remaining ice shelf and the speed at which the ice flows off the continent.”

The mighty A68 berg dwarfs D28 that broke away from the Larsen C Ice Shelf in 2017. The area it currently covers is more than three times as big.

D28 will be carried westwards by nearshore currents and winds. Several years would likely be required for it to break apart and melt completely.