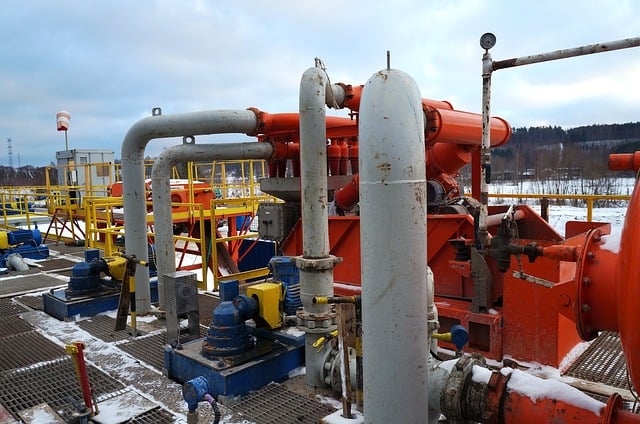 The viewpoint of the majority of Americans is at odds with the expansion plan promoted by President Trump, forming part of his “energy dominance” agenda. They want drilling for oil and natural gas off the coasts and on public lands should reduce or remain at where they are now.

More than 8 in 10 people in the United States want drilling should “decrease” or “stay as is” in a nationwide public opinion poll by The Washington Post and the Kaiser Family Foundation.

Over half of the population, i.e., 51 percent, thinks that exploration of energy should be cut down on federal lands, while 53 percent said it should be curtailed offshore. Thirty-two percent is in favor of maintaining it at its current level on federal lands and waters.

The supporter of an increase in drilling on public lands or at sea is less than 15 percent.

Trump administration is issuing hundreds of permits, particularly in the West, to explore for fossil fuels on taxpayer-owned land, which initiates the poll. A plan is also under consideration that would open 95 percent of the outer continental shelf to leasing and potentially to drilling. It is the most significant proposed expansion in the U.S. as of now.

“My personal feeling is we do not hold businesses responsible when spills occur, and other things happen,” said Brian Nichols, a 51-year-old Republican in New Mexico who said drilling should decrease. “Until businesses [can] stand up and be responsible for things they do to the land, we should not allow them to drill.”

Nichols’s view was influenced by the incident BP Deepwater Horizon oil spill in 2010, in which around 168 million gallons poured into the Gulf of Mexico, and damaged the seafood fisheries in Louisiana and Mississippi.

The poll also comes at a time when two leading Democratic presidential candidates are trying to win voters, making drilling a target of their policies on climate change.

“On my first day as president, I will sign an executive order that puts a total moratorium on all new fossil fuel leases for drilling offshore and on public lands,” Sen. Elizabeth Warren (D-Mass.) tweeted last month. “And I will ban fracking — everywhere.”

A ban on fracking would not only affect private lands but also restrict the power of state governments to issue or refuse to grant permits.

The nation should “leave fossil fuels in the ground,” Sen. Bernie Sanders (I-Vt.) said. He has vowed to stop drilling on land. In a campaign document titled “The Green New Deal,” released in August, Sanders said, his administration would not grant oil companies, new offshore leasing permits, and he wants companies operating offshore to resolve problems of oil and greenhouse gas leaks in pipelines as well as other infrastructure.

Trump thinks there will be an increase in energy exploration and drilling; the United States will be less dependent on the Middle East and other oil-producing nations for imports. However, much of the Trump Administration’s ambition to expand drilling is on hold due to court challenges.

Earlier this year, a federal judge blocked drilling in Wyoming ruling that the administration failed to show whether the practice would worsen climate change.

The proposal of the administration of the expansion of offshore drilling in the Atlantic and Pacific oceans has come under bipartisan opposition of almost every affected state’s governors. The environmentalists and state attorneys general legally challenged the federal government approval of several permits for searching oil deposits in the Atlantic using seismic mapping and got bogged down in a federal court in South Carolina.

In 2008, 75% of adults favored an expansion of offshore drilling, as per the survey by Yale and George Mason universities. That year, chants of “drill, baby, drill” were used by then-vice presidential nominee Sarah Palin that rallied the Republican convention.

However, support for offshore drilling started to drop after the BP oil spill and slid to 62 percent. Six years later, 58% of registered voters supported expanded drilling shortly before Trump was elected. This spring, it reduced to 53 percent. Yale-GMU surveys asked whether adults are in favor of or against the expanded drilling off the U.S. coast, and the Post-KFF survey asked whether drilling should be increased, decreased, or maintained at the current level.

“I live in the Florida Panhandle. I see what happens to the animals when we mess with the environment like that,” said 44-year-old Bernadette Kyle. “We were directly affected by the BP oil. It was so sad. We had a lot of students volunteer to clean the birds. I don’t think it’s worth the gamble.”

Kyle, a Democrat, lamented that “seafood during that time was ruined” and that “there was a sheen on the ocean” in Gulfport, Miss., when she and her husband visited during the spill. “It wasn’t even safe to go in the water at that time,” she said.

Trump vowed to expand offshore and onshore drilling to achieve “American energy dominance” to finish reliance on oil imports during his first months in office. Regulations for restricting drilling on federal land in the West were stripped by his administration, and it also lowered safety rules on oil platforms operating in the Gulf.

The drilling expansion plan of the President stretches to the Arctic National Wildlife Refuge, a pristine area in Alaska that had been off-limits. On the Eastern Seaboard, the coasts of every state, from Maine to Florida is included in his expansion plan.

The lawmakers in New Jersey, New York, and Delaware stand in the way of Trump’s ambitions and have passed bipartisan legislation, banning the pipes and other equipment’s construction required to transport oil to the shore.

A vast partisan divide reflected from the Post-KFF poll. 69% of Democrats drove support for decreasing drilling on public lands. Almost 75% of Democrats favor a decrease in offshore drilling. Just 20 percent among Republicans approve a drilling rollback onshore and 26 percent offshore.

Republicans are in favor of the current level of drilling without expansion. According to a narrow 51 percent majority, it should stay as it is onshore, whereas 45 percent think the same about offshore drilling.

In St. Petersburg, Fla., Philip Steers, 70, supports an offshore drilling expansion and even in his state, where government officials are jointly opposing the same.

“It’s just a critical product that you have to have in the United States,” said Steers, a Republican retiree who worked for Saudi Aramco, the Saudi state-owned oil company. “I know people worry about destroying the [beach] view; that’s not true. It creates jobs and provides valuable resources that are needed. It’s a myth some people think oil destroys the environment.”

As far as Steers is concerned, the BP oil spill was an anomaly. “Oil companies want to make money,” he said. “They don’t want to lose their oil. We would spend a lot on safety. There are too many hazardous things that can happen, so you have to be careful.”

The hazardous things that occur far more often are beyond the realization of most Americans. In the nation’s largest and most productive offshore oil region, the Gulf, each year for every 1,000 wells, 20 uncontrolled releases of oil on an average take place in state and federal waters. On average, a fire erupts offshore every three days, and workers in hundreds get injured annually.

Taylor Energy spill was one of those incidents that occurred in 2004 after a hurricane. The oil has released for 15 years from the site off Louisiana, and the discharge is only beginning to be controlled. A containment system had recovered just 63,000 gallons of oil as of July out of the estimated amount spilled as high as 3.5 million barrels or 147 million gallons.

Gail Adams, the spokeswoman for the International Association of Geophysical Contractors, said, “Just as there are Americans who support limiting natural gas and oil development, there are also many Americans who are not willing to pay increased energy costs that will result from this myopic view.”

From July 9 to Aug 5, the Post-KFF survey was conducted online and by telephone, including a sample of 2,293 adults nationwide through a survey panel, AmeriSpeak, recruited by NORC at the University of Chicago through a random selection of U.S. households. Questions asked on fossil fuel extraction of subsamples of 1,104 to 1,189 adults with a plus or minus four percentage points margin of error.