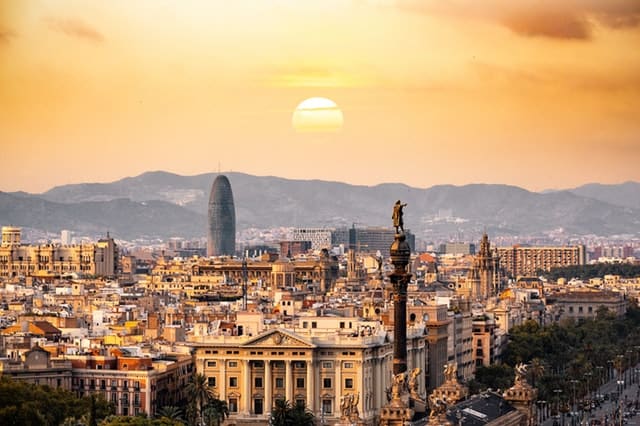 Revoking the Madrid Central anti-pollution plan will be the new directive in Madrid which would possibly become the first European city to discard a major urban low-emissions zone (LEZ) post local polls. The rightwing politician who would perhaps be the new President thinks that 3 am traffic jams is a part of the city’s cultural identity on the cusp of power.

The new expected Popular Party (PP) President of the Madrid region, Isabel Díaz Ayuso believes the congestion in the night-time makes the city unique and has pledged to reverse the Madrid Central project which has dramatically reduced pollution in the urban area.

José Luis Martínez-Almeida, the PP’s mayor-in-waiting, under whose remit the scheme falls, vowed to “address” Madrid Central as his first action. “Our position was clear, and it was one of the pillars of our campaign,” he said.

According to the politician, there are more efficient ways to fight climate change other than Madrid Central, like subsidies for buying a new, low-emission car. He added that after becoming the mayor, he would focus on “the problems that matter the most to Madrileños,” like street cleanliness and conservation.

Ayuso told El Pais during the election campaign: “I do not think [traffic jams] are a reason for enjoyment, but it is a sign [of the] identity of our city, that the street is always alive.”

Congestion is “part of the life in Madrid,” she said, and that the city’s nightlife “goes hand in hand with traffic jams.”

The scheme is a totem of the outgoing Mas Madrid movement leftwing leader, Manuela Carmena that provoked the ire of conservatives. The reversal of the popular Madrid Central system would be putting the clock back on clean air reform by an important European city that is to be marked for the first time.

See also  13 Dirty Ways in Which Tourism Contributes To Pollution

Javier Ortega Smith, the secretary-general of Vox and prospective far-right coalition partner of the PP after greeting the result of the election on Sunday said: “Starting tomorrow, Madrid Central is over.”

According to the European Environment Agency, an estimated 30,000 Spaniards die due to air pollution each year.

Madrid Central was launched last November, and within a month it had cut urban traffic by up to 24% and 38% nitrogen oxide (NOx) levels. CO2 emissions also fell by 14%.

Last month in the pollution tests around the central Plaza del Carmen station of the city, nitrogen dioxide (NO2) levels had jumped by almost 50% in comparison to 2018 when NO2 levels were at their lowest point since the year 2012.

Nuria Blázquez-Sánchez, a spokeswoman for the Ecologists in Action campaign group, said: “Madrid Central has improved air quality even more than expected. City center residents are happy with the LEZ [low-emissions zone] and voted massively for Manuela Carmena.

“Reversing such a successful project will have severe consequences for public health, particularly the health of vulnerable people like children, pregnant women and the elderly.”

Mas Madrid emerged as the largest single party from the polls, and Carmena is a popular figure, but without a governing majority.

The center-right Ciudadanos was not willing to talk to Vox, but in case of any settlement between the PP and the extreme right party emerging from post-election haggling, it would likely to join a de facto coalition.

The dismantling Madrid Central may be a complicated affair even then as the environmentalists mounting a rearguard defense of the pollution measure in the city council and courts of law.