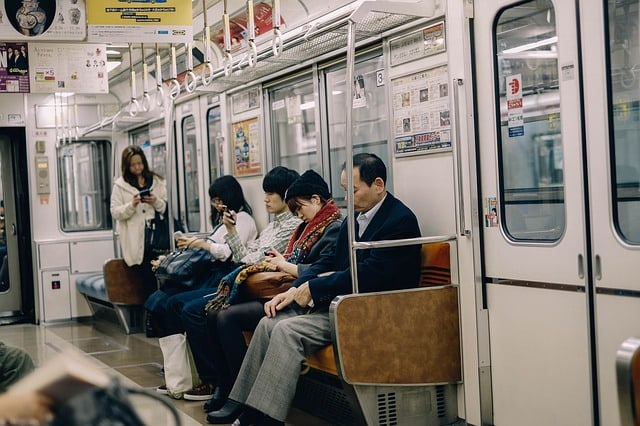 Big lifestyle changes are now what is required the most to address climate change, and it is also what the UK government should convey to the public, experts warn.

Changes, like eating less meat and dairy, ditching gas boilers at home, swapping cars for bikes, and taking fewer flights are not easy, but that is what researchers from Imperial College London suggested.

The report that has also been seen by BBC Panoramais prepared for the Committee on Climate Change, which advises the ministers on how to cut the UK’s carbon footprint.

The only way to hit targets is an upheaval in our lifestyles, it says.

A law has been passed by the government, obliging the country to reduce carbon emissions to net-zero by 2050.

It is “going further and faster than any other developed nation to protect the planet for future generations,” a government spokesperson told BBC Panorama adding “if we can go faster, we will.”

As the report warns with the significant shifts in policy across vast areas of government, activity is needed to keep the public onside.

According to the statement of Chris Stark, the Chief Executive of the Committee on Climate Change, to Panorama, the government’s plan for reducing emissions is “not nearly at the level of ambition required.”

“Every bit of policy now needs to be refreshed,” he warned in an interview with BBC Panorama.

The new report highlighted an extensive “to-do” list for the government regarding Behaviour Change, Public Engagement, and Net-Zero.

The taxes on low-carbon technologies must be cut, and at the same time, subsidies for fossil fuels have to be revoked.

Similarly, consumers should be made more aware of the environmental impacts of their actions.

It urges that the government needs to consider introducing a carbon tax, increasing the prices of carbon-intensive products and activities.

If Britain wants to achieve its Net Zero ambitions, it is a necessary agenda, the report says.

“These changes need not be expensive or reduce well-being,” the report concludes, “but they will not happen at the pace required unless policy first removes obstacles to change in markets and consumer choice.”

In high-income countries like the UK, food currently accounts for 30 per cent of a household’s carbon footprint.

As per the report, we need to make a significant shift towards more plant-based diets containing lower-carbon foods.

More resources are required for producing food from animals compared to plants. Similarly, some animals, such as cows and sheep, produce as well as burp up methane which is a potent greenhouse gas.

The official recommendation of the Committee on Climate Change to the government is to cut in red meat and dairy by 20%, and the emissions from the rest 80% should match the CO2 that has been captured and stored permanently to meet the net-zero ambition.

A more significant shift in diets could be a way to get people to change as the emphasis of the report is on the health benefits this could bring.

The people are required to be made aware of the environmental impact of different foods with mandatory carbon impact labelling on products, on receipts, and via shopping websites and apps.

On understanding the environmental impact of different food choices by the consumers, the government must increase the price of foods involving high emissions, the report argues, suggesting cutting farm subsidies such as livestock with more than 70% and also by raising VAT on these products.

Perhaps the single biggest challenge in terms of reducing UK emissions is home heating, according to Chris Stark. Home heating alone accounts for 21% of a household’s carbon footprint, and thus reducing the same will be costly.

It suggests “decarbonizing” one million homes every year starting now considering there are 30 million homes, which would require 30 years to decarbonize.

This Behaviour Change report consists of a whole catalog of policy recommendations. In the case of decarbonization of UK electricity, it creates opportunities for low-carbon heating systems, such as air-source heat pumps in particular, which extract heat from the air outside the home and remove cold air from inside.

The “rebalancing” of the tax and regulatory costs on energy is recommended by the report because, currently, they fall more heavily on electricity compared to gas.

In the case of installation of insulation and low-carbon heating systems, VAT should be removed.

At the same time, a range of incentives needs to be introduced for consumers to encourage them to use low-carbon technology.

According to Chris Stark: “We haven’t even started nibbling away at that heat challenge in any real sense. We need a real plan, and the sooner we do, the cheaper it will be overall.”

Transport accounts for 34% of a household’s carbon footprint at present.

A major program of investment in the network of rail and bus network needs to be introduced as per the report, with lower prices of tickets and investment in safer cycling.

According to the report, a “modal shift” to public transport like walking and cycling is needed, and it believes that the public can be encouraged to do this, in part, for the health benefits it would bring.

However, the progress of the UK in decarbonizing electricity creates an opportunity for consumers to switch to electric vehicles that reduce emissions. The report recognizes that and urges higher subsidies for purchasing a new electric car.

The introduction of smart EV charging systems should be highly encouraged by electricity companies that, when electricity is cheap, and there is sufficient renewable power, customers can charge their vehicles. It requires a massive rollout of charging infrastructure along motorways, both in towns and cities.

The report says policy-makers should focus on the estimated 15% of the population that takes 70% of flights.

The report calls for an “Air Miles Levy,” which has already been proposed by the Committee on Climate Change to discourage “excessive flying.”

It is, therefore, going to penalize frequent flyers other than the people who are only taking a holiday annually.

The passengers need to be provided with much more information about the emissions generated by flights while air miles and frequent flier reward schemes should be withdrawn as per the report.