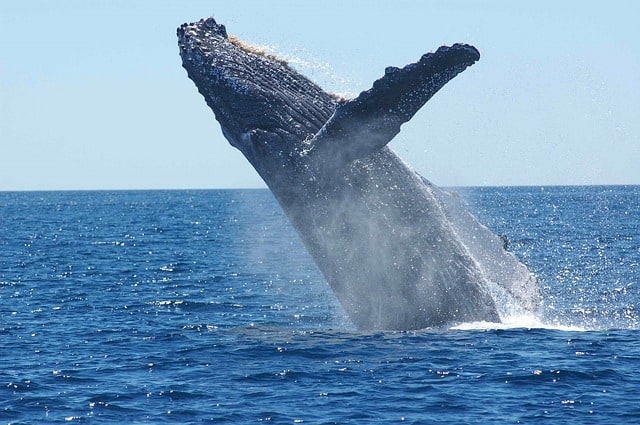 Japan again resumed commercial whaling for the first time in over three decades since Tokyo took the controversial decision to pull out from the International Whaling Commission.

Hours later, two grey minke whales more than eight meters long were brought ashore. One of these first whales was hoisted from a ship onto a truck and taken to a warehouse where whalers lined up to conduct a ritual to purify and celebrate the catch by pouring ceremonial cups of sake over its body.

“Today is the best day,” said Yoshifumi Kai, head of the Japan Small-Type Whaling Association. “It was worth waiting for 31 years.”

Until the end of the G20 summit in Osaka on Saturday, the five Kushiro vessels, which as per the fisheries agency, are set to kill 227 whales altogether, delayed announcing the quota, which includes 52 minkes, 150 Bryde’s and 25 sei whales.

The environmentalists and anti-whaling countries are likely to criticize hunts; however, whaling officials were in a celebratory mood.

A senior fisheries official in Taiji, Kai, whose annual dolphin hunts have caused an international outcry – added: “This is a small industry, but I am proud of hunting whales. People have hunted whales for more than 400 years in my home town.”

While using a clause in the IWC’s 1986 moratorium on commercial whaling to conduct “research” on the hunting of whales in the Antarctic, Japan drew criticism internationally.

The selling of hunts’ meat in the middle of the open market claimed that they were a cover for commercial whaling.

Japan announced to leave the IWC late last year when it failed to convince other members to support a return to “sustainable” commercial whaling.

During the final “research” expedition to the Antarctic, which ended in March, whalers of Japan killed 333 minke whales. However, they killed almost 1,000 whales a year in years before that, amid confrontations on the high seas with the Sea Shepherd, the marine conservation group.

Fishers from all the towns with a whaling tradition including Abashiri, Taiji, Ishinomaki, and Minamiboso will participate in the commercial hunt in the exclusive economic zone of Japan. Sending fleets every winter to the Antarctic will stop as Japan officially withdrew from the IWC on Sunday.

“I’m a bit nervous but happy that we can start whaling,” a 23-year-old whaler from Ishinomaki, Hideki Abe, told Agence France-Presse just before the fleet departed.

“I don’t think young people know how to cook and eat whale meat anymore. I want more people to try to taste it at least once.”

Fisheries officials expect that with commercial whaling started again, it will spark renewed interest in whale meat among consumers of Japan.

According to the Kyodo news agency, Takamori Yoshikawa, the fisheries minister, said at a ceremony in Shimonoseki “From today, I’d like the whalers to catch whales by observing the quota and aim for revival of the whaling industry.”

While resuming profit-making commercial whaling has long been a cause celebre for conservative politicians, Japanese consumers have lost their appetite for whale meat that is usually served deep-fried or raw as sashimi.

In the 1960s, the domestic consumption of whale meat was about 200,000 tonnes a year and considered as an important source of protein in the years’ post-war, but declined to 5,000 tonnes and less per year in recent years, according to government data.

The most provocative expeditions in protected waters of Antarctic ended with Tokyo’s withdrawal from the IWC. However, it sparked a firestorm of criticism, and some campaigners consider it to be the first step towards the end of whaling in Japan.

Patrick Ramage, the director of marine conservation at the International Fund for Animal Welfare, said the beginning of commercial whaling “will not magically increase market demand.”

“The palates of the Japanese people have moved on,” Ramage said. “They have lost their yen for whale meat, even as their government has spent billions in taxpayer yen trying to prop up this economic loser. What we are seeing is the beginning of the end of Japanese whaling.”