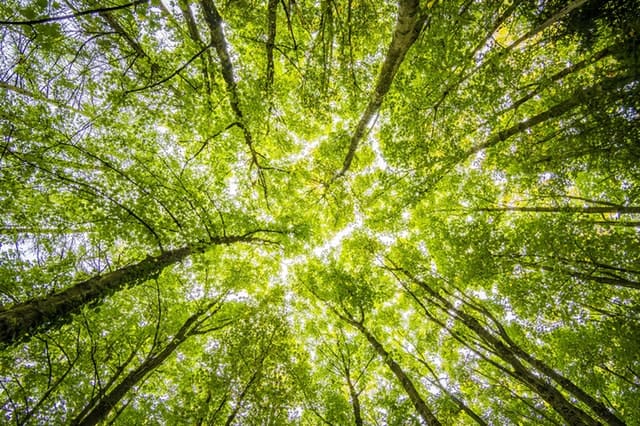 A highly ambitious plan has been announced by the Irish government to combat climate change, setting a goal of planting 440 million trees by 2040, The Irish Times reported Saturday.

Planting around 22 million new trees across the country each year until 2040 will possibly have at least 440 million in the ground one day to help fight the worst effects of climate change, Irish officials said this weekend.

Irish Times, which first reported the ambitious targets on Saturday highlighted that, the goals for new forestry were part of the government’s climate action plan released in June, however, numbers of trees weren’t explicitly released. The transition of Ireland to net-zero carbon emissions by 2050 includes a series of proposals such as a new carbon tax, increased investment in renewable energy, a mass tree-planting effort, and shift in agriculture and land use.

“The climate action plan commits to delivering an expansion of forestry planting and soil management to ensure that carbon abatement from land-use is delivered over the period 2021 to 2030 and in the years beyond,” a spokesperson for Ireland’s Department of Communications, Climate Action, and Environment, told the outlet. “The target for new forestation is approximately 22 million trees per year. Over the next 20 years, the target is to plant 440 million.”

The new plan of the government has already been opposed by some local farmers, who will need to be convinced to give away some of their lands for new forestry to meet the government’s ambitious targets. However, the government has championed the climate plan as an essential step to protect the country’s economy against global warming and its devastating impacts.

“Taking decisive action to confront climate disruption will be a major challenge to every dimension of our society, but the benefits are huge – warmer homes, cleaner air, a sustainable use of the world’s scarce resources, more connected communities, authentic values, and quality jobs in enterprises which can compete in a decarbonized world,” the government said in July while unveiling the plan. “This is everyone’s journey.”

After the forestry agency of Scotland announced earlier this year that the country surpassed its goals for tree planting last year, making what is called a “critical contribution to the global climate emergency,” this move came in force.

Last year 11,200 hectares or around 43 square miles of planting was carried out which was more than the government’s yearly planting target of 10,000 hectares, which would be approximately 39 square miles as per the agency. The planting resulted in more than 22 million new trees, reports say.

The carbon-capturing abilities of trees are what scientists talk of a lot. A study released in July found planting a trillion trees or more in the coming years as one of the most affordable ways to combat unrestrained greenhouse gas emissions, which is the prime driver of climate change.

The study published in the journal Science, written by a team of Swiss researchers, found that the earth could support new forests covering an area roughly the size of the US.

However, the trees alone wouldn’t be enough to fight huge rates of carbon emissions as per the critics of the study, and they urged the world to work on the strategies of climate change-reduction, including investment in renewable energy and a mass scaling back from fossil fuels.

There are several other countries, however, which have focused on tree planting initiatives to do their part. Ethiopia had planted more than 350 million trees in a single day as part of a nationwide effort to fight global warming and deforestation. In 2016, India had a similar mass planting initiative where 50 million trees were planted in a single day.

However, it’s a challenge for many countries. An effort to cover thousands of acres with new forests in England fell 70% and more short of government targets earlier this year.