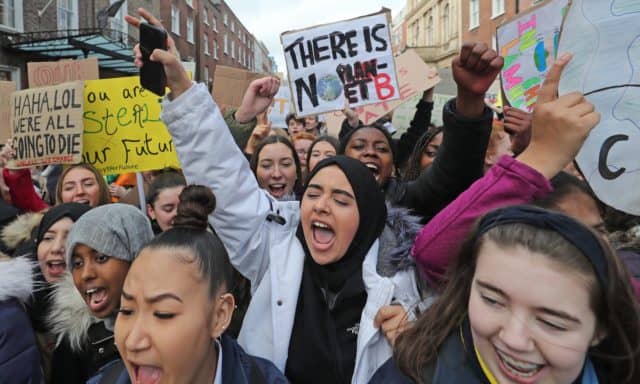 The rich are also responsible for the climate crisis, a new international study has highlighted an enormous chasm in the amount of resources used by the rich compared to the poor not only within their own countries but also compared to an international population, according to a new study published in the journal Nature Energy.

The results showed a huge disparity in energy use with an increase in income. The study found that high-income group spends more of their money on energy-intensive goods, like vacations or new cars or second homes with the requirement of heating and cooling leading to increased inequality in energy use, according to the study.

“There needs to be serious consideration to how to change the vastly unequal distribution of global energy consumption to cope with the dilemma of providing a decent life for everyone while, protecting climate and ecosystems,” Julia Steinberger, a professor at the University of Leeds and author on the paper, said in a University of Leeds statement.

The disparity of energy used for cooking and heating, was not that significant, however, the wealthiest ten percent roughly use one-third of the energy depending on the size of their home, according to the BBC.

“This study tells relatively wealthy people like us what we don’t want to hear,” Kevin Anderson, a professor from the Tyndall Centre in Manchester, England who was not involved in the study, said to the BBC. “The climate issue is framed by us high emitters – the politicians, business people, journalists, academics. When we say there’s no appetite for higher taxes on flying, we mean we don’t want to fly less. The same is true about our cars and the size of our homes. We have convinced ourselves that our lives are normal, yet the numbers tell a very different story.”

The numbers show the requirement for policies that will curtail excess energy use as per the authors of the study. According to the BBC, it generates a requirement for improved public transportation, higher taxes on bigger vehicles, and also frequent flyer penalties for people taking the most vacations.

Even if the world often criticizes China and India for their dependence on coal energy and outsized greenhouse gas emissions, still the average citizen uses far less energy compared to most Europeans. Only 2 percent of Chinese citizens and 0.02 percent of Indian citizens are in the top 5 percent of energy consumers, the study found.

The research shows that the rich will have to change both their behaviour and consumption habits for the sake of their countries to move away from fossil fuels and move to a zero-carbon economy.

“Growth and increased consumption continue to be core goals of today’s politics and economics,” Anne Owen, an author on the paper and a professor in the School of Earth and Environment at the University of Leeds, said in a statement. “The transition to zero carbon energy will be made easier by reduction in demand, which means that top consumers will play an important role in lowering their excess energy consumption.”