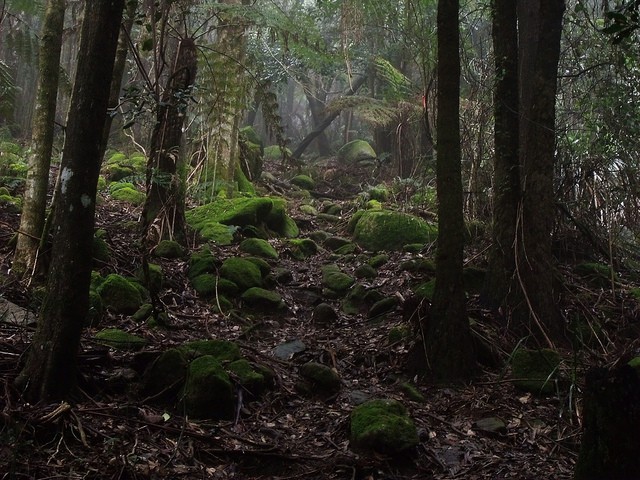 Millions of years ago before humans, before the ice ages, and when planet earth was warm and humid, forests covered much of the earth. It was in these forests that abundance of life evolved. The remnants of these prime dense jungles make up the rainforests of today. The Amazon Basin is the largest rainforest on earth covering about 5.5 million square kilometers of land across nine countries. The majority of the Amazon rainforest occurs in Brazil(60%), followed Peru(13%), Colombia (10%) and smaller patches in other countries such as Ecuador, Venezuela, Bolivia, Guyana, Suriname just to name a few. It is watered by the world’s mightiest river (Amazon River) and home to the greatest diversity of living things anywhere. Dozens of these living species are still discovered each year. Scientists believe that the Amazon rainforest has existed for the last five million years.

Rainforests are tall, hot and dense forests found all around the world and serve a significant purpose in the environment. They serve as the Earth’s oldest ecological system. Although a rainforest covers only around 6% of the earth, amazingly they account for ½ of the plants and animals found! In a nutshell a rainforest is a dense jungle. As the name suggests, rainforests are the forests that receive more than 1000 mm of rainfall throughout the year are mostly found around the middle of the earth near the equator like South and Central America, Africa, Asia and Australia.

A rainforest is a large area characterized by tall and thick jungle. For a forest to be called a rainforest, it must have the following features:

Rainforests are typically situated in areas of wet tropical climates and receive an average rainfall ranging between 80 inches and 430 inches each year. The high rainfall is majorly contributed by the process of transpiration, leading to increased humidity and cloud formation. Due to increased transpiration, rain falls almost every day.

Rainforests have the largest biodiversity than any habitat on the globe. They contain far more plant and animal species per square mile than any other forest habitat.

Most rainforests experience warm climates throughout the years except those situated at higher levels. Average temperatures in rainforests are between 72 to 93 degrees Fahrenheit with little fluctuations. Since they are located within the tropics, the majority of rainforests occur near the equator, particularly in locations with latitudes below 23 degrees North and South.

Rainforests are characterized by a unique 4-layer canopy structure such as the emergent layer; which is the highest layer with 130 feet tall trees, canopy layer; which is the primary layer of the forest and features trees with heights between 100 and 130 feet, the understory; where plants seldom grow. The understory is mostly made up of trees and shrubs with heights between 20 to 60 feet above the forest floor. Lastly, we have the forest floor, which is relatively dark permitting no plants to grow.

The Four Layers of the Rainforest

The typical rainforest contains a total of four layers.  The Emergent layer is one of those layers. This layer holds the tallest trees and plenty of beautiful sunlight. Trees in the emergent layer can grow to heights of up to 200 feet with trunks measuring up to 16 foot in width. The Canopy layer is the primary rainforest lawyer. This layer protects the other layers and offers beautiful oval and smooth pointed leaves. There are many animals living in the Canopy layer such as tree frogs, snakes and more.

The name rainforest exists because these areas are susceptible to heavy rainfalls throughout the year. It is estimated that around 30 million plants and animals reside in the rainforest.

Why are Rainforests Important?

Another awesome benefit found from the rainforest is their ability to help regulate global and regional climate systems, serving as an all-natural heat and water pump. Heat is released into the atmosphere which results in rain. You will also appreciate that the rainforest helps control levels of carbon dioxide in their air. This minimizes global warming and helps control emissions.

Would you be surprised to learn that around 70% of all anti-cancer plants used today are found in the rainforest? This is just one of the many medicinal contributions made from the rainforest.

Statistically, 80% of world’s diet originates from rainforest plants. Most fruits exported worldwide come from the Amazon rainforest, for example, bananas, coffee beans, nuts, pineapples just to name a few. This explains why rainforests should be conserved at all costs. Deforestation is the main source of rainforest degradation in the world. If we allow the trend to go on unabated, then we could lose a big percentage of our food supply.

Rainforests contribute to about 20% of the world’s oxygen, which is why they are called “the lungs of the world.” The forests and accompanying soils suck up and lock away carbon. This is a critical function considering this day and age where humans are contributing to so much carbon emission via forms of transportation and fossil fuel power plants. According to scientific studies, forests suck up approximately 20% of the globe’s human-triggered carbon emission.

See also  A Week Devoid of Coal-Fired Power: Britain Makes It Possible For The First Time Ever Since 1882

Modern medicines utilize hundreds of rainforest plants found around the globe. In fact, according to veritable research, 25% of the modern day medicines originate from rainforest plants. For instance, the cocoa tree found in tropical rainforests produces over 155 chemicals. These chemicals are extracted from its leaves, bark, seeds, and fruits. The extracts are utilized to treat kidney stones, coughs, fever, anxiety and bruises. Another example is the Vincristine, which is extracted from the rosy periwinkle of Madagascar. Vincristine has enabled up to 80% of remission rate for some kinds of childhood leukemia.

An interesting fact is that only 1% of the plant species in rainforests across the world have been studied. This means there is great potential to discover even powerful medicines in this natural habitat.

Half of the plant and animal species living on earth are found in rainforests. Rainforests harbor a third of the globe’s bird species, as well as 90% of its invertebrates. This rich biodiversity offers humans an opportunity to enjoy the natural wonders of the world through tourism and exploration.

Rainforests are vital to regulating the water cycle throughout the world. They are the major sources of rivers, lakes, and oceans. Trees play a crucial role in the water cycle. They suck up and store water in their roots and release it into the atmosphere. In the Amazon, for instance, over half of the water found in the ecosystem is held within the greenery (plants). Without the greenery, the climate could become drier and growing food could turn out to be impossible to many.

Lack of trees can lead to the climate change phenomenon. Deforestation wipes out a good portion of the forest canopy, which blocks sun rays during the day and holds in heat during the night. These disruptions result in temperature swings in rainforests that can affect growth of plants and flourishing of animals. Trees are also critical in sucking up greenhouse gasses that trigger global warming. Fewer rainforests mean a lot of greenhouse gasses making it to the atmosphere, leading to increase in the severity of global warming.

Where are Rainforests Located?

Famous Rainforests in the World

Commonly known as Amazonia by the locals. It’s the largest rainforest on the globe spread over an estimated area of 1.7 billion acres of land across different countries. Brazil takes the biggest chunk of the Amazon rainforest (60%). Amazon rainforest also runs through countries like Peru, Colombia, Venezuela, Ecuador, Bolivia and so on.

Daintree is a tropical rainforest named after Richard Daintree, a pioneer Australian geologist and photographer. It is situated on the north-east coast of Queensland, in the larger Australia. It takes up an estimated area of 2,600 square kilometers. Daintree rainforest consists of some of the ancient plants on planet earth like the Lycopsida and Psilotopsida, which makes it one of the most significant rainforests in the world.

The Alaska’s rainforests are located in the United States. They consist of the Tongass rainforest in Southeast Alaska, which is the biggest. The next is the Chugach rainforest in South-central Alaska and lastly, the Boreal forest, which occurs in the interior. These three rainforests harbor a vast array of unique plant and animal species such as hemlock,  stands of spruce, mosses, cedar trees, wildflowers including wide varieties of berries. They are frequented by nature lovers.

Situated in Central Africa and considered the second largest rainforest on the globe. It contains long rivers snaking through it. The rainforest takes up a significant chunk of Northern Congo. Hunting activities have put animal species here in grave danger. Overall, the rainforest is a safe for human exploration. The unique species in this rainforest is the pygmy chimpanzee, living amidst other precious animal and plant species.

Southeast Asian Rainforest is the oldest and consistent in the world. It has an unrivaled biological richness and diversity. This rainforest was once extremely dense, but massive deforestation has wiped out most of the vegetation. Southeast Asian rainforest harbors some of the rarest mammal, reptile, amphibian and bird species.

Why are Rainforests Disappearing?

Scientific evidence suggests that, unless we make changes right away, rainforests will no longer be a part of our world in another 100 years or so. Why are rainforests becoming so obsolete?

Man made activities are another cause of rainforest destruction. We need roads, pulp for making paper, land for agriculture, wood for timber, extraction of minerals and energy and many more. All these activities require eradication of forest land i.e. deforestation.

Climate change is another problem that is contributing to droughts in many parts of Amazon and Southeast Asia. Drought increase the risk of forest fires. The smoke can cause widespread health problems and increases concatenation of carbon dioxide in the atmosphere.

What Can You Do?

Maintaining our beautiful rainforests is in everyone’s hands. You can easily make a great contribution and ensure they are here for your children, their children and their children to enjoy. Here are a few ways to save the rainforests!

Saving the rainforests is something that we all must work together to do. Ensure that you are in on the action.