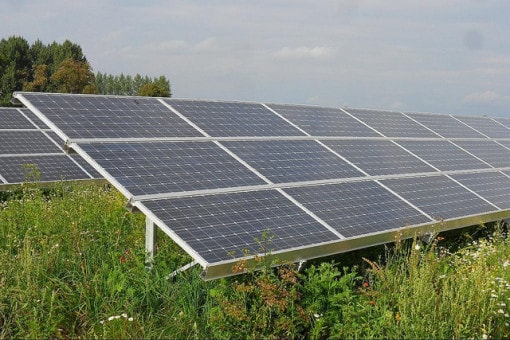 Solar panels are fast becoming a very attractive renewable energy option, which could end up being incredibly beneficial to the environment. The process of converting sunlight to electrical energy is one that has improved dramatically over the last few decades, and is now more efficient than ever. The use of solar energy has been around for years in small devices such as calculators, but now many are talking about powering houses and businesses off of these panels.

Solar is one of the most promising renewable energy sources currently available, due to the fact that solar power is abundant. The rays that emanate from the sun can produce nearly 1,000 watts of energy for every square meter of the earth’s surface. By collecting that energy, we would never have to rely upon damaging fossil fuels again. A solar PV system uses sunlight to generate electricity which you can use to power your home or office that can reduce your carbon footprint and impact on the environment.

For this reason, it is important to understand exactly how solar panels work, and how they can be used to produce electricity for the average home.

1. The solar panels installed on the rooftops absorb sun’s light (photons) from the sun.

2. The silicon and the conductors in the panel convert the sunlight into Direct Current (DC) electricity which then flow into the inverter.

3. The inverter then converts DC to AC (alternating current) electrical power which you can use at your home.

4. Excess electricity that is not used by you can be fed back to the grid.

5. When your solar panels produce less power than what is required by you at home, you can always buy electricity from the utility.

See also  How Can Your Business Benefit From Commercial Solar Panels?

The Process of Converting Solar Power to Electricity

The Use Of Silicon

One of the major problems facing solar energy is the fact that it is often less efficient than other forms of energy production, yielding low amounts of power compared to counterparts such as the burning of fossil fuels. There are many reasons for this loss of energy.

The Uses Of Solar Power

Every solar power panel contains many different silicon cells or solar cells. Each solar cell generates a few volts of electricity. Photons will strike the surface of these solar cells and then generate an electrical current. The roof is the usual place where solar power panels are installed at homes or offices so that it gets the required amount of exposure from the sun. The photovoltaic panels on the solar power panel convert the solar energy into electrical energy. The electricity which is generated through these panels is mostly DC (direct current) which will be converted into AC (alternating current) with the help of an inverter. Silicon is one of the main material that is usually used for making a solar power panel.