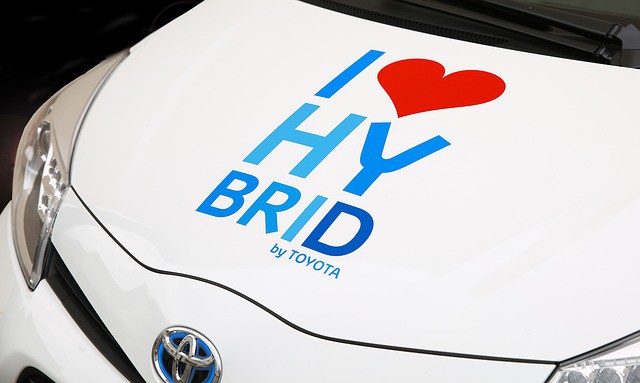 The automobile industry is so competitive that car manufacturers are working around the clock to innovative cars that are fast, fuel efficient and offer a whole lot of comfort. One car that has hit the headlines for the past 3 years is the hybrid car. With the skyrocketing cost of gasoline and oil, hybrid cars are primed to take the market by storm.

What is a hybrid car? You ask. Any car that uses two power sources to move along is classified as a hybrid car. Most hybrid cars consist of a gasoline engine, and a secondary electric motor system accompanied by a pack of rechargeable batteries. The whole concept of hybridization is to save on fuel, and that’s true with lots of sedans and compacts. However, the upscale hybrid cars focus more on enhancing power and performance without compromising fuel efficiency.

As much as the storage of energy for electric motor is readily availed by the battery, this engine generates its own power with the help of gasoline in the fuel tank. Hybrid cars combine the best features of combustion engine and electric cars. The above combination allows the electric motor to use gasoline engine more efficiently and cut down on the fuel usage.

There has been a lot of emphasis on hybrid cars. Many people prefer it since it is regarded as very convenient in most cases. While an electric car limits your driving range, a hybrid car gives you the ability to drive past more distance using less fuel.

Because hybrid cars utilize both traditional gasoline engine and electric engine, they achieve far more fuel efficiency compared to traditional cars. This means they save the driver a lot of out-of-pocket fuel costs. They are also good for the environment as they don’t release toxic gasses to the atmosphere.

The more upscale hybrid cars feature large batteries are able to charge their batteries from an outlet, enabling the driver to drive extended miles on electricity before reverting back to gasoline.

Hybrid car includes Regenerative braking technology that cause wheel to slow down and converts mechanical energy produced to electrical energy and stored it back into the battery. Apart from that it assist gasoline engine by providing extra power to climb up the hills. It shuts off the engine when vehicles comes to stop and restarts when accelerator is pressed.

Toyota Prius is the most popular hybrid car and has the capability to switch between gasoline and electric engine. The electric motor, fitted inside the card is the primary source for moving the car at slow speed up to about 15 miles per hour. At higher speeds, the gasoline engine takes hold and becomes the primary workhorse for the car. When you need extra speed both engines work extra together and give it extra boost.

When you need to slow down and apply brakes, the hybrid car harnesses power from the brakes and stores them in the electrical generator. The generator produces twin benefits: firstly it puts extra load which helps in slowing down the car and secondly it convert’s the car mechanical energy into electrical energy and stores it back in to attached batteries.

Features of a Hybrid Car

The principle of idle-off functionality can be compared to the refrigerator switch that turns off the light bulb the moment you close the refrigerator door. The hybrid car’s idle-off feature switches off the cars traditional gasoline engine when you stop, saving you a great deal of fuel. The hybrid car battery generates and stores up energy to be used by the vehicle’s accessories and air conditioner when the car waits in traffic or at spotlights. The electric motor sets the vehicle in motion again after stops in traffic and at spotlights. If required, the traditional or conventional engine would re-engage to offer more power for acceleration.

This is yet another feature that saves you fuel. Traditional cars completely depend on friction brakes to decelerate, in the process, dispelling the car’s kinetic energy in the form of heat. Regenerative breaking feature enables harnessing of some of that energy, which is converted into electricity and stored in the batteries for later use such as running the motor and accelerating the hybrid car.

This feature assists to reduce the burden placed upon the hybrid’s gasoline engine. The hybrid gasoline engine can then be scaled back and operated more efficiently. Gasoline engine naturally generates less power. However, when complimented with electric engine, the combined power of the entire system can come into line with or go beyond that of a traditional car.

The more upscale and efficient hybrid cars use the electric-only drive feature that enables you to drive completely on electricity, ultimately cutting down on fuel use. Some hybrid cars don’t have the plug-in capability. If so, electricity-only drive feature is deployed during startups and low-speed drives, allowing the diesel or gas driven engine to function at top speeds, where it’s largely efficient. Most hybrid cars that include plug-in feature come with larger batteries and motors, and are able to move completely on electricity at top speeds for extra distances, normally 10 to 30 miles.

In a nutshell, the hybrid system aims to provide you the benefit of both worlds. It pieces together the power and range of the regular engine with the ecological benefit of an electric motor. At startup and low speeds, the hybrid car would run exclusively on electric power. This means no fuel use and no gas emissions. When accelerating fast, the petrol engine takes charge of driving the car wheels. It also transmits power to the generator, which recharges the batteries of the electric motor. In exchange, the electric motor accords you more power while minimizing consumption of fuel.

The hybrid car has another unique trick. When the vehicle is decelerating and braking, the hybrid system harnesses kinetic energy from the brakes and turning wheels and converts it into electricity and funnels it back to the battery pack to be stored for later use.

The parallel hybrid car also utilizes both gasoline engine and electric engine. And that’s as far as it goes. The difference is that in parallel hybrid cars, the electric engine and gasoline engine are connected to a single transmission that enables both engines to power the vehicle at the same time. The fuel tank delivers gasoline to the car engine, while the generator charges the set of batteries. This kind of hybrid car is well suited for long distance travels. Parallel hybrids cars are more preferred than the series hybrids due to their fuel efficiency. Chevrolet Malibu, Honda Insight, and Toyota Prius are just some of the parallel hybrid vehicle types.

See also  How Many Amps Does a Hot Tub Use? (Explained)

This is a variation of the series and parallel hybrids. It’s the least expensive of the hybrid car classification. The mild hybrid cannot rely on the electric engine only to power the car. The electric motor system helps the gasoline engine whenever more power is required. When the car decelerates or stops, the control unit switches off the engine to stop burning of fuel or polluting Mother Nature as traditional cars do. When you engage a gear or accelerate the set of batteries powers up the motor again.

With governments, more concern about the grave impacts of climate change and global warming, hybrid cars are primed to be the next big thing. They have numerous advantages including less contribution to the greenhouse effect, maintaining your wallet thick by saving fuel and enabling you to experience both gasoline and electric engine capabilities.

There are many reasons why hybrid cars with smaller engines are efficiently and highly preferred than those with large engines. For instance, those with large engine are heavier and hence will require more power to start and run it particularly when you are driving uphill. The pistons are also heavy therefore consuming more fuel when pushing them all up. With extra load of batteries, it tends to give you less mileage and produces less power. An average gasoline engine is able to provide power about more than double. Lastly, hybrid cars with large engine have more number of cylinders each of which burns a considerable amount of fuel.

Hybrid cars are able to charge their own batteries when reducing speed in the course of driving. When you brake, the battery gets charged by the momentum generated. This enables you to store up more energy that will be used in driving further distance than you could have without recharging the battery. In short, each time you slow down the car, you are in effect charging the batteries.

When looking for a good hybrid car to purchase for your own use, ensure you know the functions that the car will service. If you will be carrying around large and heavy things, then you might prefer one that has heavier engine as it is more suited for those functions. This is due to its ability to power you about the distance. On the other hand, if it is just to drive to work, you may find a hybrid car with smaller engine to be more appropriate to consider. Other thing that you need to consider while purchasing hybrid car is that heavy weight of batteries and electric motor doesn’t get you the better mileage.

Get all the facts right before you choose a car to buy. This will help you get the specific car that will serve the purpose well without any regrets.