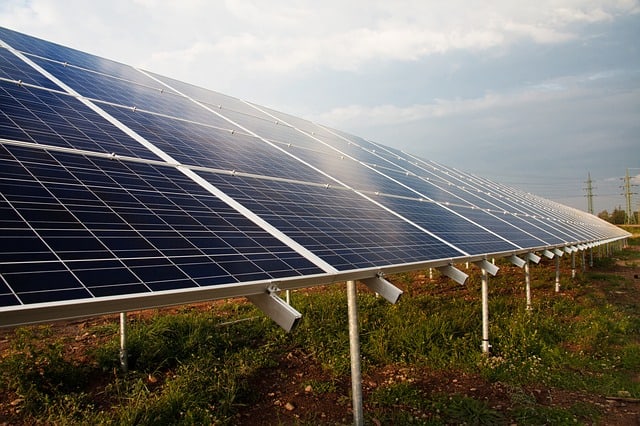 The UAE gets more sun than any other country on the planet and so it has bright prospects in regard to use and adoption of renewable energy. It also has tons of oil and natural gas and the country for a long time did not bother about adopting renewable energy. However, things have changed and with economic diversification and growing population as well as a higher demand for water desalination facilities, the country has been forced to look for more energy sources.

How UAE Invests in the Green Energy Sector?

In January of 2017, the UAE set out its Energy Plan for 2050 in which it hoped to balance production with the consumption of energy. This means it has embarked on a path to diversify its energy mix consisting of clean coal and gas as well as nuclear energy and of course renewable energy in the form of sun and wind power as well as biofuels. UAE hopes to use forty-four percent of clean energy and 38 percent gas as well as 12 percent of clean coal and another six percent nuclear energy.

The UAE and other Gulf States want to meet almost fifty percent of their power requirements from green sources and reduce the use of fossil fuels. Recently, the UAE has announced it plans to invest 163 billion dollars to meet its goal of producing half its power requirements from green sources. By 2050, it hopes that its energy mix would involve 44 percent from renewable energy and 38 percent from gas as well as 12 percent from clean fossils while the remaining 6 percent would go to nuclear energy.

The UAE has also invested 1.97 billion dollars in the renewable energy in the United Kingdom. It is the EU’s fourth largest trading partner. It makes sense to invest in green energy in the UAE because investors can look forward to reaping many benefits including financial ones. With costs start falling, mass take-up is possible and this will make things more economically viable and as the markets move, forex traders too stand to gain a lot through forex trading.

Since it has a high solar capacity it is not surprising to learn that this will form the major part of the UAE’s renewable energy adoption. The country hopes to provide seven percent of the total power output of Dubai from clean energy sources by the year 20202 and twenty-five percent in the next decade and it also hopes to get 75 percent by the year 2050.

What Kind of Renewable Energy They are Focusing on?

Next, UAE is also focusing on biofuels and thirdly, they are also looking at energy desalination plants. UAE is also looking beyond importing technology as was the case five decades ago. It has partnered in various phases of production and development by investing large sums of money. The UAE is also taken measures to make Abu Dhabi the capital of renewable energy. It is going to develop new technologies in the renewable energy sector and will also take measures to exchange expertise as well as conduct research with other countries.

Even though the UAE is a relatively young country, it is showing signs of becoming a model and global hub for development of renewal energy sources. The UAE has also in Abu Dhabi launched a 2.5 square miles Shams that is the largest CSP plant in the world and also the first utility level commercial solar panel in the area. They are also planning to invest 163 billion dollars in projects in a bid to generate fifty percent of the power requirements of the UAE through renewable sources.

How They are Planning to Carry Out Different Renewable Energy Projects?

In the year 2013, the UAE constructed a solar plant (commercial) that was the largest in the world and which was capable of producing electricity to light up twenty thousand homes. This solar plant is called Shams. The country is very bullish when it comes to use of renewable energy and more particularly solar power. It wants to diversify its supply of energy and to also perhaps make a profit out of solar power generation.

Prior to 2008, the cost of generating renewable energy was too high but because of the global recession in recent years, companies from China began to make large amounts of solar panels. This brought down the cost of generating electricity. Policymakers entrusted with the task of producing energy in the country know that boom years won’t last for long.

At first glance, one may not immediately realize that energy would be a problem for the UAE. They may lose their oil resources in the not too distant future. Since the Gulf region is sun-rich, just one square km of land in Qatar is capable of producing enough solar energy as could be produced by using 1.5 billion barrels of oil. Thus, the UAE plans to invest 350 million dollars on renewable energy projects in developing nations.

Examining the Current Global State of the Renewable Energy Industry

India has shot ahead of the European Union and its solar and wind energy sectors represent ninety percent of the country’s capacity growth.

Among individual European Union countries, Denmark leads the way and will generate 69 percent of its energy from renewable sources.

The UAE State of Energy report from the year 2015 states that the share of power generation from gas will be reduced by about 22 percent by the year 2021. This would be on account of the introduction of renewable energy adoption. Energy plays a very important role in the internal as well as external policies of the UAE.

It has decided upon diversifying its energy mix to remain a progressive country while also at the same time minimizing the impact on the environment on account of burning of fuel. The country is developing local expertise in various technologies and is building on the knowledge as well as human capital to create sustainable renewable energy solutions.

The UAE is also planning on implementing a new energy strategy in which both solar power and nuclear power will play an important role. It plans on creating power from renewable energy source to account for thirty percent of its power generation by 2030. In addition, it is also aiming at achieving between twenty-five to thirty percent of its electricity generation from nuclear and solar power. The cost of producing solar energy is coming down and in fact, the UAE is ranked three in the world when it comes to producing CSP or concentrated solar power.

In the year 2014, it produced 140 MW of solar power and the government believes it can save between one and 3.7 billion dollars by achieving its renewable energy goals. These savings might be greater. The country is also planning on increasing solar power facilities and some are already operational. Dubai for example plans on generating 75 percent of its power from renewable energy by the year 2050 and it also plans on building the largest Concentrated Solar Power project on one site. This plant will begin producing power in the next five years.