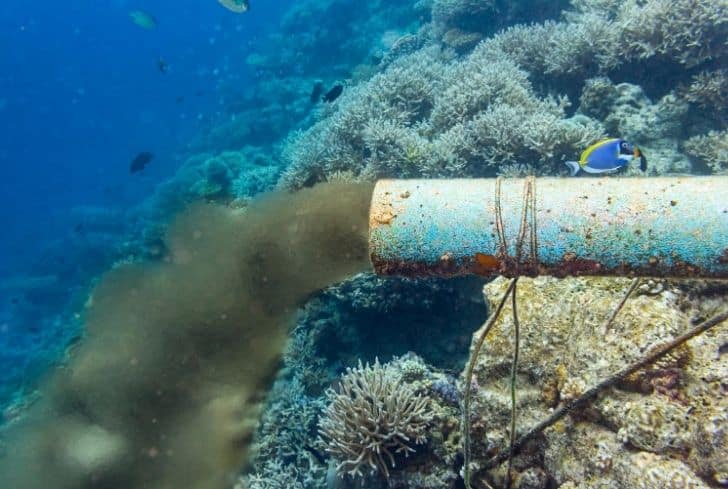 The negative impacts of tourism on the environment include depletion of local resources as well as pollution and waste problems. Tourism puts a strain on natural resources which are becoming scarce. According to Nature Climate Change, 8% of the world’s overall greenhouse gas emission is due to tourism. Around 90% of these emissions come from transportation. Environmentalists all across the globe are concerned about the increasing amount of waste and pollution caused by visitors. Here are 13 dirty ways in which tourism contributes to pollution.

How Tourism Contributes to Pollution?

Tourism is one of the biggest culprits in beach pollution. Beach pollution is the presence of harmful substances on the coasts including trash, plastic, oils, and even pesticides. Visitors leave plastic cups, glass bottles and all kinds of garbage behind.

This destroys the ecosystem and affects marine life. Marine animals end up swallowing this waste which leads to serious health issues. Currently, 700 million marine species are threatened with extinction due to swallowing or ingesting plastic.

Some hotels have been using oceans for waste disposal. This affects the eco-system and disrupts ocean life. Wastewater contains hazardous chemicals that kill marine plants and animals and therefore, affect the ecosystem. Wastewater disposal in oceans has even led to severe depletion of oxygen in some water bodies. Lack of oxygen in water is detrimental to aquatic life.

Greenhouse gases contribute to climate change by trapping heat. Air travel is known to emit a massive amount of greenhouse gas especially transatlantic flights. China, the US, and Germany have produced more greenhouse gases as compared to other countries.

4. Structures are Built by Cutting Down Forests

There is an increasing demand for accommodation in tourist spots. To cater to this need, hotels and resorts are built by cutting down forests. This results in deforestation which in turn has lots of hazards linked to it. Cutting down trees can lead to loss of habitat for animals which can have a severe impact on the ecosystem. Trees release oxygen and absorb greenhouse gases.

The destruction of forests can lead to global warming due to the presence of unabsorbed greenhouse gases. With the decrease in forests, rain also becomes irregular which ultimately causes global warming. Soil erosion is also a result of cutting down trees which paves the way for the spread of deserts.

According to the world wildlife fund (WWF), in the Caribbean cruise ships produce 70,000 tons of wastewater every year (Balita-Centeno L, Ways In Which Tourism Contributes to Pollution,2020 July 23). Cruise ships transport thousands of tourists yearly and this produces huge amounts of waste that is hazardous to the environment.

The bilge oil used by the cruise ship mixes with the oceanic water and causes severe marine problems. Cruise ships are a serious threat to coral reefs and other organisms. These ships also release grey or black water in the ocean which disturbs the eco-system. These mammoth ships emit toxic chemicals from batteries, dry cleaning, and other processes that are harmful to marine creatures.

Noise pollution is exposure to high levels of sound that impact humans and other living organisms. The booming tourism industry is known to cause significant noise pollution. Tourist vehicles such as snowmobiles and jetskis entering and leaving natural areas create a lot of noise that disturbs the living organisms in the area.

It disrupts their life and changes their natural activity patterns. Loud music played by tourists is also one of the culprits of causing noise pollution. Noise pollution can cause several health problems in humans like high blood pressure, heart problems, stress, and irregular sleep patterns. Some animals might collapse to constant exposure of noise as the sound is used to attract mates, find food, or avoid danger.

7. Visitors Can Cause Forest Fires

Wildfires put the lives of thousands of animals at risk. The smoke arising from these fires release large amounts of carbon dioxide, black carbon, brown carbon, and ozone precursors into the atmosphere and therefore, causes air pollution. This also results in breathing difficulties in healthy humans.

According to the US National Park Service, 85% of wildfires in the US are caused by human activities. At times campers leave campsites unattended or leave the site without extinguishing the fire properly. This leads to massive wildfires and destroys the habitat of animals living there. Visitors also discard cigarettes negligently which can easily serve as the reason for wildfire.

Light pollution is the presence of excessive misdirected light. It disrupts ecosystems and has severe health effects on humans. It causes irregular sleep patterns and impaired daytime functioning in humans. Tourism is one of the main contributors to light pollution.

The tourism industry uses artificial lights like streamers, billboards, strobe lights, etc that have adverse effects on humans as well as animals. Light pollution has severe impacts on species of endangered sea turtles that use light as a navigational tool. Baby sea turtles come out at night when the temperature is cooler.

They instinctively move towards the brightest area on the beach. Due to light pollution, they get misguided and move towards artificial sources of light that are hazardous for their health. In Florida, millions of baby sea turtles die every year due to this reason.

In natural areas, tourists use the same path over and over again which crushes the vegetation in the area. This causes damage and destroys biodiversity in the area. Trampling impacts on soil include accelerated erosion, increased run-off, decreased air and water permeability, loss of organic matter, etc.

10. Anchoring and Other Marine Activities

As the number of tourists increases the need for food, freshwater, and power usage in hotels and resorts shoots up. To cater to these needs, hotels turn to local resources and over-consume them. This leads to a scarcity of natural resources and puts a strain on the environment.

At times recreational fishing activities in which marine tourists take part are not controlled and this leads to endangerment of aquatic species and therefore, causes an imbalance in aquatic ecosystems.

13. Depletion of the Ozone Layer

Ozone is a layer of air that surrounds the earth and protects the earth from UV radiation. The tourism industry releases ozone-depleting substances (ODSs) such as chlorofluorocarbons (CFCs) which lead to the destruction of the ozone layer. Different sources of ODSs include emission from jet aircraft, construction of new hotels and resorts, air conditioners, etc.

Tourism has its pros and cons. It boosts the economy but on the other hand, it degrades the environment in several ways. The solution to the issues of environmental sustainability is the need of the hour. The way out to this problem is to implement eco-tourism. Eco-tourism is about the conservation of resources and minimizing the impact on the environment while traveling. Everyone should participate in conserving and protecting the environment while on a tour. Tourism and the environment can co-exist if certain practices are followed. Ecological awareness is also a necessary step towards eco-tourism. Efficient management and proper planning with the help of strict legislation can help to ensure this.