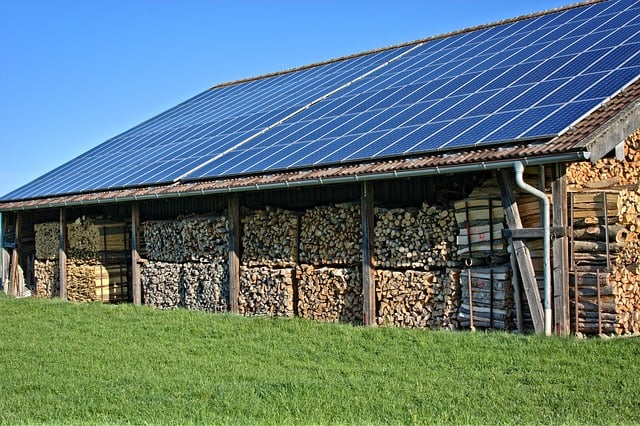 Spain announced that all the 97 establishments of state-owned Paradores would use the electricity only from renewable sources from the beginning of this New Year. This state-run chain of grand hotels of Spain often housed in heritage properties like castles and monasteries.

Spain set an example to the country with its decision to switch its 90-year-old chain of historic hotels to go green with green electricity for both symbolic and environmental reasons. “Paradores is a company that supports sustainable tourism in every sense of the word,” according to its chair, Óscar López Águeda. “What’s more, as a public company, we also want to set an example when it comes to investments that encourage energy saving and responsible consumption,” Oscar explained.

Paradores signed a deal with Endesa, the Spanish utility giant to get the supply of electricity from the renewable sources from Tuesday, the 1st day of 2019. However, according to the company, it will continue to use natural gas as it is less polluting compared to other sources of energy used by the hotels traditionally.

Sonia Sánchez Plaza, Paradores Head of Communications, told the Observer “But we are gradually eliminating our fuel oil consumption, and we have an ambitious plan to bring renewable energies into Paradores, including biomass, solar and geothermal energies.”
Sánchez mentioned that they already applied biomass technology in two hotels, while in other Paradores, like the one in Cádiz, Andalucía installation of solar panels got completed. The Paradores chain of hotel is also thinking of using geothermal energy for one of its hotels on the volcanic island of Tenerife.

Founded in 1928, Paradores has 10,000 rooms and above 4,000 staff. Sánchez explained that the company is also interested in protecting the environment because of the proximity of hotels to surrounding national parks and biosphere reserves. “We have a lot of environmental projects, both when it comes to enjoying and looking after our surroundings and to restoring flora and fauna and eliminating plastics,” Sánchez said.

The environmental group Ecologists in Action welcomed and applauded the decision and said others should follow it now. Paco Segura, group’s coordinator, said “Getting public bodies to make sure their energy comes from renewable sources has a transformative effect. We’ve put together best-practice manuals and have urged public bodies to make sure their plans are based on renewable energy.”

Paco Segura mentioned Madrid City Council which already made arrangements of renewable sources for their energy, but it requires many more to follow suit. He said Paradores is doing a great job by moving in the direction where we all need to go to have carbon-free energy and a carbon-free economy. As per Segura, that is only possible by abandoning dirty polluting and non-sustainable fossil fuels and replacing them with renewable sources.

Spain is aiming at a highly ambitious plan to ensure that it uses electricity entirely from renewable sources by 2050 and after that; it wants to decarbonize its economy.

Spain through its draft law of climate change and energy transition is intended to reduce the emission of greenhouse gases by 90% from 1990 levels by installing minimum 3,000 megawatts of solar and wind power capacity every year for the coming decade. As per the draft legislation, there will be a ban on new licenses for fossil fuel drills, fracking wells, and hydrocarbon exploitation. The socialist government of Pedro Sánchez also struck a deal with unions to shut down maximum coal mines instead a €250m (£221m) investment in mining regions agreed over the next decade.

The Former executive secretary of the UNFCCC, Christiana Figueres hailed the draft Spanish law as “an excellent example of the Paris agreement.” According to her, the law sets a long-term goal with incentives on scaling up technologies of emissions and caring for a good transition for the workforce.

Indeed, this kind of endeavor of a nation is most welcome in the whelm of disastrous climate change and other extreme weather events.