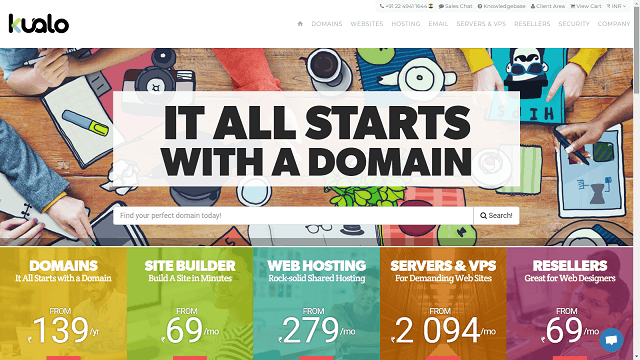 Green Web Hosting refers to an eco–friendly approach undertaken by some web hosting providers to mitigate the carbon dioxide ( Co2) effects on the environment. This is done mostly through purchasing Renewable Energy Credits ( REC‘s) / Renewable Energy Certificates ( REC’s), use of Carbon Offsetting Programs or VER’s; as well as partnering with environmental conservation foundations and programs just to mention a few.

Internet access has become almost a basic necessity to a large number of individuals, a key steering factor in the world’s Social, Economic, Technological, and Political realm. It is said that “knowledge is power”; and in this case access to relevant knowledge and information is a key tool to stay ahead of the ever-versatile and dynamic changes that affect us on a daily basis.

As such, web providers offer this much-needed information hosted on multiple servers, housed in data centers, and are kept running throughout; resulting in high energy consumption and heat generation.

To regulate the heat, large cooling equipment is used, which in turn emit high levels of carbon dioxide (Co2) that is harmful to the environment. High energy demands also mean more Co2 emissions when fossil fuel sources are used.

Many web hosting companies have hence opted for a ‘Go Green’ approach by initiating various Carbon Neutral Programs such as carbon offset and use of renewable energy sources including water, wind, and sun as alternative sources.

Founded in 1996, the company has since made a mark as one of the best web hosting providers to date. Their offices, as well as data centers, are well equipped with LEED Platinum and Energy – Star certified facilities. Lighting systems are LED, low mercury, CFL, advanced with occupancy sensory, to minimize wastage of energy when not in use.

See also  4 Surprising Signs Solar Panels Are Right For You

Powered by renewable energy from the wind as well as municipal and reclaimed water, Dream Host keeps energy demand low all year round.

Since its launch in 2008, the company claims to be the best #1 green energy web hosting provider. Dedicated entirely to green causes, the company links with environmental foundations such as Bonneville Environmental Foundation.

Green Geeks invests three times its renewable energy for every amperage pulled from their grid. This not only provides a carbon-neutral effect but it also does subsequently reduce carbon print. They are also an EPA Green Power Partner. The company’s platform is designed for maximum energy-saving efficiency.

The company purchases green energy certificates called Green Tags to offset the power of their offices and servers use. Established in 2005, according to their website, it boasts of being one of the first web hosting companies to go green. It is certified by Green – e .org and other environmental organizations.

In 2017 the Center for Resource Solution (CRS) announced that Kualo’s US- base and data center uses 100% renewable energy that is Green –e energy certified. Since 20011 their U.K data center uses 100% green sourced power. The company’s heads on approach by purchasing electricity from nearly emission-free sources results in less environmental waste and pollution.

In 2009 Host Gator prevented close to 3,600 tons of CO2 to be released into the atmosphere. Using servers that are 36% more efficient than the average servers, it’s no surprise they are able to achieve great milestones in the conservation of energy.

It buys credits for 130% of the electricity used to power and cools the company’s servers to work towards reversing and simply neutralizing its environmental impact. Located in Texas, the firm powers its servers from wind-generated within the location.

Voted best for customer service, A2 hosting boasts of having efficient help and support as one of their best features. Partnering with Carbonfund.org since 2007, the company operates on carbon neutral servers.

Its highlights range from buying energy from wind farms to using disposable office coffee mugs in place of ceramic and encouraging employees to telecommute on cycle to work day, just adding to A2’s eco-friendly aspects.

Affordable Internet Services Online (AISO.Net) was founded in 1997. The company powers its entire hosting center with a system of 120 solar panels. Annually the company eliminates the production of carbon dioxide, nitrogen oxide, and sulfate (Acid rain) at a substantial level through their solar panel system.

Founded in 1998, the company purchased Renewable Energy Certificates ( RECs) to offset their energy use. Fat Cow pushes an eco- friendly agenda not only through their services but also by challenging both employees and consumers to adopt a more environmentally conscious decision in making changes in their day to day activities.

The company has been considered to be the best and cheapest green web hosting providers for some time now, especially with their promotional prices. It operates a facility that is powered by wind energy.

For every KWH of energy that I Page uses, the company purchases Renewable Energy Certificates to offset that amount with wind energy by 200%. IPage outperformed most claimed carbon-neutral providers by offsetting twice its energy usage.

By purchasing their service and using them as your web host, one attains a green badge for your own website that says it’s ‘Hosted by 100% Wind Energy’. That is a strategy that will draw clients as well as consumers who have strong environmental conservation views and values to share interests and feel considered.

The company invests in reforestation projects in the UK and supports forestry research and conservation. Teaming up with various institutes such as Ransom Wood Business Park in Nottinghamshire. They plant trees to offset their carbon footprint.

According to their website, more than 300 trees have been planted by the Eco Web hosting team at the Nottinghamshire Park. The trees absorb more than three times the carbon produced by their servers.

Since 2010, the company’s main policy revolves on reducing carbon footprint in their offices, servers, and data centers. Their data center in California uses a quite unique and advanced outside cooling systems.

This means they solely do not rely on their internal cooling systems; this, in turn, leads to the company reducing carbon output by more than 2000 tons per year.

Rackspace Inc. Was launched in 1998, since then the company has grown to be one of the leading UK’s cloud computing and web hosting firms powered by renewable energy sources.

A recent initiative dubbed ‘Green Space’, partnering with The International Tree Foundation, a charity those plants and preserves trees all over the world; sees the company-wide program promoting energy conservation, carbon offsets, and employee education to reduce Rackspace’s contribution to climate change.

Started out in North America in 2002, the organization has grown considerably since then, with hundreds of different servers, in multiple data centers across the US and the UK. The company’s core values include an effort to reduce its carbon footprint, by recycling over 70% of its waste, use of Energy StarBoard approved air conditioning, and using energy-efficient lighting in its offices amongst many others.

In its initial phase of going green, Acorn offered discount plans to some of their clientele, mostly non-profit organizations that steer the environment conservation agenda. Today this feature is one among many other offers provided by the web hosting company.

The company offers free software for hosts, which cuts back on paper usage. Powered by 100 percent green energy from wind and solar sources, the company is committed to buying Renewable Energy Certificates ( RECs) to cover the energy used to run its data centers.

The largest independently owned hosting company. Site Ground team takes part in sustaining the environment in a variety of ways, from high-end innovation such as the new Intel Atom 330 server; which is a new energy-saving concept, to simple activities such as tree planting and cleaning up the environment.

The Intel Atom machine is designed to be both nature-friendly and yet very powerful while keeping a very low price. It lessens the energy uptake by 75% as compared to other servers with similar characteristics.