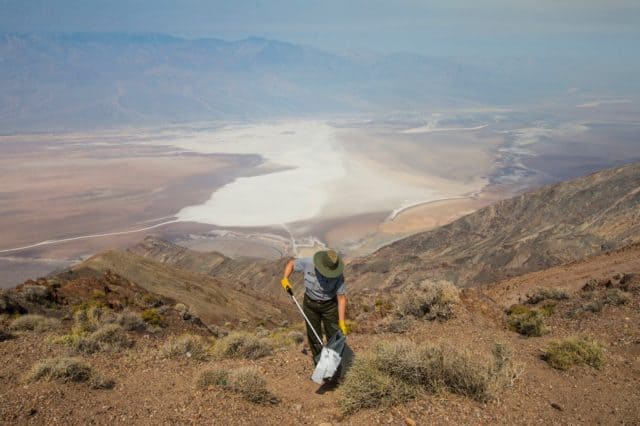 The largest public lands package bagged the massive vote of the U.S. Senate on Tuesday. There was an exceptional bipartisan push behind favoring the package of public lands. The bill got passed in the Senate with an amendment by Yea-Nay Vote. 92-8.

Land and Water Conservation Fund (LWCF), the most important conservation and recreation program of America also reauthorized permanently by the Cantwell-Murkowski package.

Congress established LWCF in the year 1964. The fees and royalties from federal offshore oil and gas leases funded the program. The program supported 42,000 and more state and local projects across the country but expired last September for the failure on the part of Congress to reauthorize and fund the program. In the last three years, this is the second time that Congress failed to reauthorize the program.

For the booming outdoor recreation economy of the nation, LWCF is a key component. It supports 7.6 million American jobs and generates consumer spending of $887 billion annually.

“The Land and Water Conservation Fund has been a pre-eminent program for access to public lands,” Cantwell said in a press release. “It gives local communities the tools and resources to manage public lands, to give more access to the American people, to do the things that will help us grow jobs and preserve against a very challenging and threatening climate.”

According to the Associated Press, Congress considered the bill to be the largest public lands bill in 10 years and more. This 662-page document consists of more than 110 individual bills and sponsored provisions of dozens of senators on both sides of the aisle.

As Murkowski told the Associated Press, the process was “very, very collaborative.”

The provisions that are mention worthy include new “Wild & Scenic Rivers” of 367 miles and new national trails of 2,600 miles. The bill provides for funds under Neotropical Migratory Bird Conservation Act through 2022 to provide habitat protection for 380 bird species and more.

It proposed to ban mining permanently on 370,000 acres around Yellowstone and North Cascades national parks. The codification of the Obama-era Every Kid Outdoors Act that allows fourth graders and their families, free admission to national parks also proposed as pointed out by The Washington Post.

As proposed by the bill, the new national monuments include the Mississippi home of civil rights activists Medgar and Myrlie Evers, and also the Mill Springs Civil War battlefield in Kentucky.

The Post reported that as per the projection of the Congressional Budget Office, the bill would help the taxpayers save $9 million.

The package also included bipartisan legislation to increase the safety of firefighters by providing new technology such as GPS locators and mapping aircraft to firefighting agencies across the country.

Cantwell’s office said in the release that the bill is now headed to the House of Representatives and expected that the House would “quickly” take up the bill and get it signed by the President’s office for immediate enactment.

The overwhelming support of the bill by the Senate has clashed with the Trump administration’s policy of drastically slashing down the public lands for mining, drilling, and other developments. Incidentally, the Post reported that “White House officials have indicated privately that the president will sign it.”

The public lands advocates and environmental groups applauded the effort of the upper chamber.

“The Republican-led Congress should have never let LWCF expire as they did last September, and while this package is not perfect, we welcome the Senate’s passage of this bipartisan legislation, which would permanently reauthorize LWCF and protect millions of acres of lands and waters,” the president, League of Conservation Voters, Gene Karpinski said in an issued statement. “We will also continue to urge Congress to enact full, dedicated funding for LWCF, in addition to permanent reauthorization, to end the chronic underfunding of this critical program.”

An Iraq war veteran and the western state’s director of the Vet Voice Foundation, Garett Reppenhagen urged the House to take up and pass the public lands package as fast as possible.

“It has been a hard, uphill battle against the White House and Republican leadership, but we are pleased that LWCF is one step closer to reauthorization,” Reppenhagen said. “This program is essential for protecting and preserving lands that veterans depend on when they come home, and for maintaining our historic battlefields for future generation to learn from. This cannot wait any longer, and we urge the House to immediately take this bill up so it can be signed into law.”