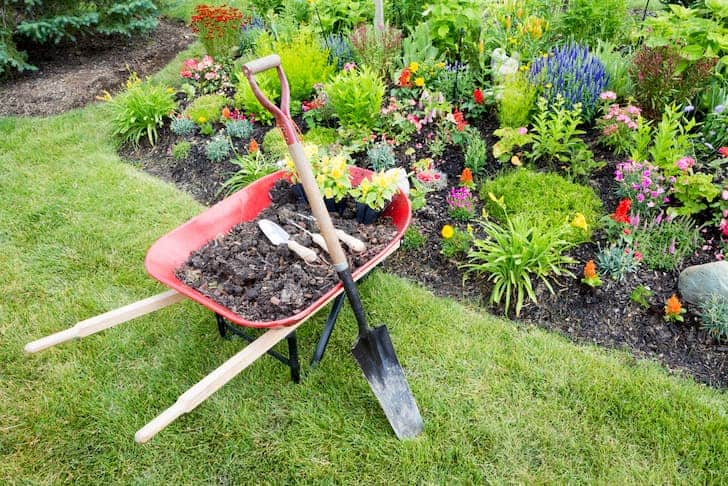 Manure is the matter, used as fertilizer in agriculture, to help grow crops and flowers. They contribute to the fertility of the soil by adding nutrients, organic matter and minerals. Today, you will find manure in the form of animal manure, compost or green manure. Since the focus here is on green manure, what exactly is green manure?

Green manure refers to specific plants or crop varieties that are grown and turned into the soil, helping it improve its overall quality. These cover crops or plants are grown and then uprooted or sown, and left on the field to wither, proving mulch for soil cover and nutrients for enhancing soil fertility.

The cover crop could be left whole or cut and then ploughed or simply left on the ground for some amount of time, before tilling the soil. The cover crops can also be planted after harvest or as part of crop rotation during the growing season.

In addition to improving the soil’s quality, it also keeps the rich topsoil from being washed away during rainy seasons. Green manure is associated with organic farming and is vital in the sustainable annual cropping systems.

These are plants with roots that collaborate and work with the bacteria in the soil to trap nitrogen from the atmosphere, in a process called nitrogen fixation. The process is further aided by an inoculant or treatment medium that helps the legumes work.

The inoculant is available at garden centers in powder form and significantly improves the yields if used. Some legume green manures include soybeans, letches, alfalfa, peas, beans, lupins, and clover.

These are any other green manures, and mainly serve as cover crops. They also enrich the soils with organic matter. They include ryegrass, phacelia, turnips, rye, chicory, oats, barley, mustard and buckwheat. Winter rye is a form of rye that grows in the coldest zone.

Green manure crops can also be classified based on their purposes

See also  When do Magnolias Bloom? (And How Long do Blooms Last)

Green manure is also known as cover crops, as it covers soils, preventing it from exposure to harsh elements. Roots hold on to soil particles and hold them in place, while plant bodies shield the soil from extreme rains and the scorching sun, thereby preventing erosion.

If the soils are left uncovered, the nutrients will be washed off into the environment, depriving the soils of the necessary nutrients, as well as causing damage to water systems.

2. Providing Nutrients and Organic Matter to the Soil

Using green manure results in increased levels of key plant nutrients. Leguminous green manure such as clover and vetch can grab nitrogen from the air and add it to the soil. Nitrogen, for example, is a key nutrient that promotes the healthy growth of the crops that will be planted after.

Other green manure, such as buckwheat and lupin, enriches the soils with phosphorous. Lupin, in particular, has been found to draw in and utilize 10 times more phosphorous than a common grain or wheat does. As such, phosphorous from the body of the lupin will be released to the subsequent crop if it is incorporated into the soil.

Green manure is favored by many farmers as it can suppress weeds. Green manure does this by disrupting the growing patterns and cycle of weed plants. They also out-compete weeds for both water, nutrients and space. Also, some species can release chemicals from their roots, which inhibit the growth of weeds and germination of seeds in the soil, in a process known as the allelopathic effect.

There are different ways of controlling pests, including boosting the number of their natural predators. Green manure crops can serve a home for predatory insects, such as ground and rove beetles.

These two species of beetles are well known for being skilled hunters of pests and caterpillars. Blue flowers of Phacelia can also act as a home for hoverflies, which feed on aphids, a widespread and resistant pest to gardeners and farmers.

Pollinators, such as bees, can also grab the required nutrition from flower nectar and pollen of many commonly planted green manures. For instance, the white, pink and red clover flowers, yellow mustard flowers, and yellow, blue or white lupin flowers, attract pollinators, such as butterflies and bees, encouraging their activities.

Green manure significantly improves the soil structure by adding organic matter into the soil. Such organic matter binds soil particles together and creates soil aggregates. The clusters of the improved larger particles allow for the formation of pores, which allows for proper soil aeration, nutrient distribution and water retention.

Any plant grown on such soils develops a strong root system and utilizes the available resources with higher efficiency. Green manure also loosens compacted soil clumps, which are impenetrable for some gentle crop roots, inhibiting their growth. The alfalfa, red clover and chicory varieties have sturdier tap roots which are perfect for breaking compacted soils, helping other plants grow.

Beneficial soil microbes and other organisms are crucial for the formation of good soil structure. These organisms and their activities, aid in the creation of soil aggregates, enhancing soil porosity and mixes in the organic matter. Green manuring increases the numbers of such organisms and encourages their high diversity.

The roots of these green manure crops serve as a source of nutrition for soil microbes. Once a crop is tilled into the soil, the green matter’s decomposition encourages further microbial activity in the soil. Some green crops can also support healthy soil mycorrhiza.

These fungi play an important role in the intake of nutrients by crops, and their overall growth and resistance. By being present, the soil structure benefits, and as such, all caring farmers and gardeners should maintain their presence in the soil.

Green manure is liable for breaking the lifecycle of pests and diseases. The rye sown in the fall, for instance, decreases the populations of major pests that attack potatoes and vegetables. The cereal rye’s roots trap nematodes and when the pests enter the roots, as they would with other crops, they are trapped inside without a chance of escaping.

Some varieties of mustard that have a high glucosinolate content, can also do the same. With the correct conditions, the compounds deter and even kill pests and diseases. Unfortunately, the effectiveness of green manure as a measure against pests and diseases, depends on their proper management, as they can also host some pests like slugs and bean seed flies.

To prevent this, carefully select the crop species, as well as assessing a particular field and its pest history. For instance, ryegrass and alfalfa do not encourage slugs as much as clover and vetch do.

A green manure crop may be the perfect opportunity for snails and slugs in which to breed. This means their numbers will increase and might ultimately affect some of your crops such as vegetables.

See also  Do Pumpkins Need Full Sun? (How Much Sunlight?)

As a farmer or gardener, you have to allow up to about a month after cutting back and rotating the green manure crops before sowing a new crop. Such is because some crops are allelopathic, meaning they naturally leave some toxic substances in the soil that restrict the germination of new crops.

For instance, coffee grounds can restrict such growth with their release of caffeine. Green manure crops, inclusive of decomposition period, could also last between 75 and 80 days and this occupation of the field means the loss of one crop.

Aside from harboring slugs and snails, green manure crops could also harbor pests and diseases. Such incidences may increase if the green manure crop is not kept free from the diseases and pests themselves. Applying phosphatic fertilizers to leguminous green manure crops helps increase the yield for the rapid growth of Rhizobia, as well as increasing the phosphorous levels to the succeeding crop.

Some varieties of mustard are sold as green manure cover crops, despite it being a brassica. For this reason, if you are planning to grow cabbages, cauliflowers or broccoli in a bed, you should not have recently grown a mustard cover crop.

A green manure crop is another crop in rotation. If it is planted immediately after harvesting your primary crop, your land will not have enough time to rest and rejuvenate. It also means you will have to restrict your use of land to grow other legume crops, to minimize disease problems.

Becker, M. (2001). Potential and limitations of green manure technology in lowland rice. Journal of Agriculture in the Tropics and Subtropics, 102(2), 91-108. Retrieved from https://www.jarts.info/index.php/jats/article/view/1408