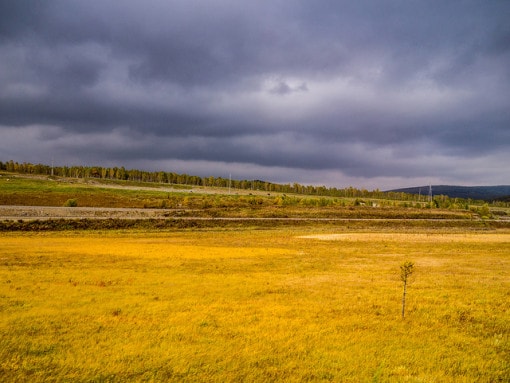 As you begin to learn about the Earth and all the life on it, discovering all the different biomes can reveal just how everything fits together like a puzzle of life. A biome is a community of plants and animals that has a specific boundary created by climate and geography. There are all kinds of biomes from aquatic to terrestrial. In this article we are looking at grassland biomes. Grassland biomes are known by several other names.

Grassland biomes exist throughout the Earth and are characterized by large, rolling terrains of extensive grasses, flowers and herbs rather than large shrubs or trees expanding across millions of square miles. Grassland biomes receive enough rainfall in a year to support large grasses, and in some areas a few trees. Occasional droughts and seasonal rainfall prevent large forests from growing. While all of these are considered to be grassland biomes, not all grasslands are the same. There are different plants, animals and weather on each. Grassland biomes form an important part of our global ecology and there are more conservation efforts to preserve them underway. By the end of this article you will be able to:

Learning about grasslands is a part of understanding conservation and our ecological systems. It can help you to under the different arguments supporting climate control too.

Where do you Find Grassland Biomes?

As mentioned earlier, you can find grassland biomes on every continent except for one – Antarctica. There are grassland biomes at the North Pole, they are called steppes. What you need for a grassland to begin is an expanse of land that is between a forest and a desert. This creates a geographical and climate boundary that allows the grasslands to develop. Every desert is surrounded by some form of grassland. The deserts in Asia have the most noticeable ones, even the famous cold desert – the Gobi in China. Here are some facts about their location:

Why are Grassland Biomes Important?

Besides serving as a transition between the climates of a desert and forest, grasslands are very important to just about every aspect of life. As they are transitional land areas, the soil is deep and fertile. This makes it ideal for growing crops and for using it as pasture lands for animals. The famous prairies of the Americas are the most recognized pastureland. Sadly, only an estimated 2% of the grassland biome area in North America still exists.

Many of these species are in danger, but recent conservation efforts have focused on bringing back their numbers. It isn’t that we just want to keep looking at them, but all these animals have an important role to play in the biome.

See also  What are the Major Biomes of the World?

The 2 Types of Grassland Biomes

There are two different types of grassland biomes. There are tropical grasslands and temperate grasslands. Each of them has a specific climate that allows for an entire different set of animal and plant life to live on it, but they are still both bordered by a forest and a desert while having soil that is ideal for cultivation and pasturing.                 `

Human growth and expansion is the greatest threat to temperate grassland biomes and has been the cause of destruction for many of them.

As you can probably guess, tropical grassland biomes have tropical climates – which are warmer than temperate grasslands and have less defined seasons. Tropical grasslands do have rainy seasons, but the temperature is constant. The average precipitation ranges from 25-60 inches per year.

Many of the tropical grasslands are under severe threat because their bordering forests are being destroyed. Deforestation doesn’t just destroy a forest, but it upsets the biomes around it.

The growth in human population has caused most grassland biomes to become endangered, or to disappear altogether. As mentioned earlier, of all the grasslands that used to be present in the US, there are only 2% left. Cities, suburbs, farming and industry have laid claim to the land for other uses. Now we realize that grassland biomes play an important role in sustaining the climate and ecology. There are more conservation efforts today than ever before. Two of the ways people conserve grasslands are:

The grassland biome covers over 25% of the Earth’s land mass – or it should. Recent advances in environmental science have begun to explain the role that grasslands play in sustaining all life on Earth. This is why there are more policies being written and implemented to begin conserving the grasslands. With more education on their importance there will be more support of these policies. That will lessen the risk of our losing a part of the world that is not only beautiful to look at, but vital to our survival too.