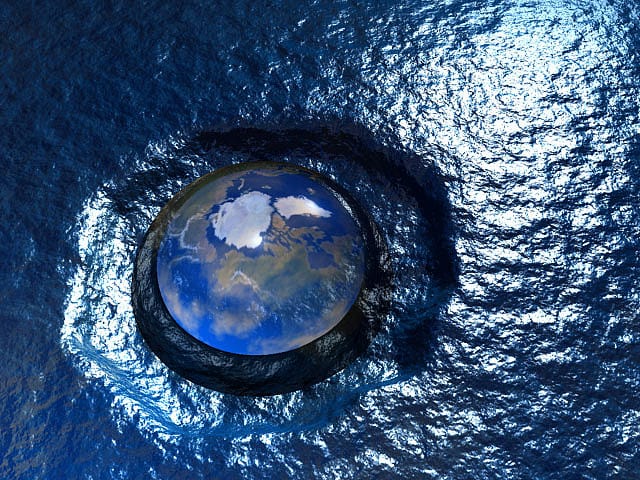 What do you love the most about the ocean? If it is the blue and green hues that soothe your mind, then perhaps you would be happy to hear that you will discover a bluer and greener ocean by the end of the century. However, the reason behind it is global warming as per the scientists. As per a recent study, the ocean color will be the signature of climate change.

According to researchers, the effect of climate change on phytoplankton is behind this change in the color of the ocean. Phytoplankton is the populations of tiny water-dwelling organisms converting sunlight into chemical energy through photosynthesis. These also effect on levels of ocean’s other colorful components. This marine phytoplankton plays an essential role as they are the foundation of the marine food web and are critical in regulating key biogeochemical processes, i.e., carbon cycle.

“In the same way that plants on land are green, phytoplankton are green as well, so the amount and different types of phytoplankton affect the colour of the ocean surface,” said Dr. Anna Hickman, co-author of the research, School of the ocean and earth science, University of Southampton.

It is imperative to identify the changes in levels of these organisms, added Hickman. “We are interested in phytoplankton because they are tiny marine plants, they contribute about half of global photosynthesis, they are the base of the marine food web.”

Hickman and colleagues from the UK and US in the journal Nature Communications report that temperature, ocean currents, and acidity affect the types and growth of phytoplankton in the water and also the levels of other organic colored matter and detritus. They used a computer model to come to this conclusion. They also discovered the effect of such changes on the absorption and reflection of light at the ocean surface.

As per the results, the rise in the temperature of the global sea surface by 3C (5.4F) by 2100 will change the color of more than half the oceans, including the North Atlantic.

According to the author, the factors including rising temperatures, a retreat of sea ice near the poles, and less mixing of waters result in the shift in reflectance in phytoplankton populations, and knock-on effects.

“Looking at just the colour of the ocean, and how that is going to change in the future by monitoring it from satellites, is actually going to give us an early warning signal of changes in the phytoplankton,” mentioned Hickman.

She noted that the shift in reflectance of blue/green light appeared gives an indication in advance of changes to phytoplankton than estimates of the amount of chlorophyll present which is currently used to monitor phytoplankton levels.

Scientists use a unique ocean physics, ecosystem, and biogeochemistry model to explore how climate change gets manifested in the color of the ocean over the period of the 21st century.

The study of specific changes in blue/green light using satellite data may disclose the changes in the phytoplankton population as per Hickman. This data is helpful to give an accurate reflection of the climate trend rather than calculating chlorophyll levels using this data to get the idea of the amount of phytoplankton.

However, the change in hues cannot be put on canvas. “I would probably predict that the color change isn’t going to be perceptible to the naked eye,” asserted Hickman.