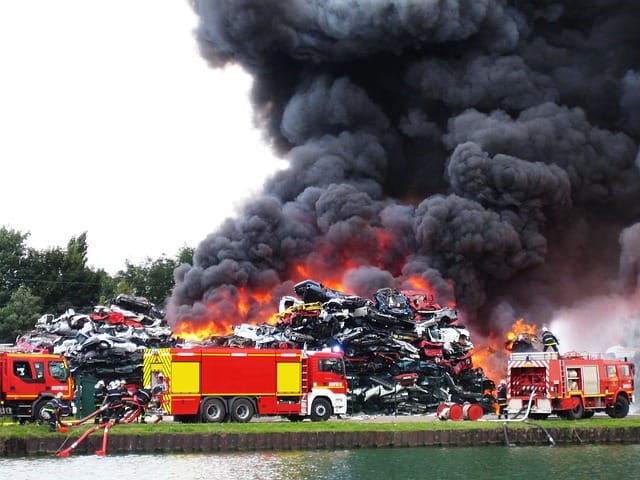 Emergency services in hospitals need to treat additional cases of more than 120 cardiac arrests, 230 and more strokes, and almost 200 people with asthma on high pollution days than the average lower pollution days.

Air pollution making it strenuous for already stretched NHS emergency resources as per the data, which will be published in full next month.

Simon Stevens, the chief executive of NHS England, said: “These new figures show air pollution is now causing thousands of strokes, cardiac arrests, and asthma attacks, so it’s clear that the climate emergency is in fact also a health emergency. Since these avoidable deaths are happening now, not in 2025 or 2050, together we need to act now.”

The lifelong effects of chronic exposure to air pollution, including stunted growth in children, cognitive decline, and premature death, are highlighted much in recent research. There are also possibilities for the occurrence of serious illness more immediately.

Jenny Bates, an air pollution campaigner at Friends of the Earth, said: “Many people may not realize how dangerous air pollution at high levels can be, and that it can trigger heart attacks, strokes and asthma attacks as well as having long-term health effects. These figures will be a wake-up call for city leaders to take the strongest possible action.”

The pledge for handling air pollution in the environment bill has been taken by the government, the proposals for which were laid out after the Queen’s speech. However, the proposed measures are too vague and too weak, which is a concern for Campaigners.

As per Polly Billington, the director of UK100, a local government leaders network across England that has pledged to shift fully to clean energy by 2050, “We would like to see World Health Organization air pollution standards included in the bill, as they are widely seen as gold standard, with a legally binding timetable to meet them, as that creates certainty and enables long-term planning. The absence of significantly increased powers for local leaders, together with a lack of reference to the need for adequate funding, are the big holes in the bill that will hold action back.”

An international clean air summit will be held on Wednesday by Sadiq Khan, the mayor of London, and UK100 with the World Health Organization (WHO) director-general, Tedros Adhanom.

The purpose of the study was to provide more detail on the effects of air pollution on life expectancy than others, such as estimates that pollution contributes to 36,000 deaths a year in the UK, said Heather Walton, a health expert at KCL, an environmental research group.

The researchers were able to detail the acute impacts on people as well as emergency services by carefully studying hospital admissions for cardiac arrests, strokes, and asthma. “This provides additional evidence of the important need for further action to reduce air pollution,” Walton said.

According to Bates, clean air zones were needed, but measures also required to cut all traffic “because all vehicles produce deadly fine particle air pollution from brake and tyre wear. This way the air pollution health crisis and the climate emergency can be addressed together, helping to make our cities and towns healthier and more attractive.”

“We are already working hard to reduce transport emissions and are investing £3.5bn to clean up our air, while our clean air strategy has been praised by the WHO as an example for the rest of the world to follow.”

Europe’s environmental watchdog found little or no progress across Europe on cutting levels of fine particulate matter, known as PM2.5. It is counted among the most dangerous forms of pollution that can lodge deep in the lungs penetrating in the bloodstream.