Could Your Family Survive Two Weeks Without Power?

What happens when the power goes out? This is something most people don’t think about because we have such a reliable power grid in the U.S. At the same time, with all of its efficiencies, there have been times when blackouts and brownouts have occurred. We already know the grid cannot sustain a natural disaster like Hurricane Katrina. It doesn’t do well under other threats either, like floods and earthquakes.

Believe it or not, most survivalists aren’t preparing for the zombie apocalypse. They’re preparing for real, known, dangers. Are you? 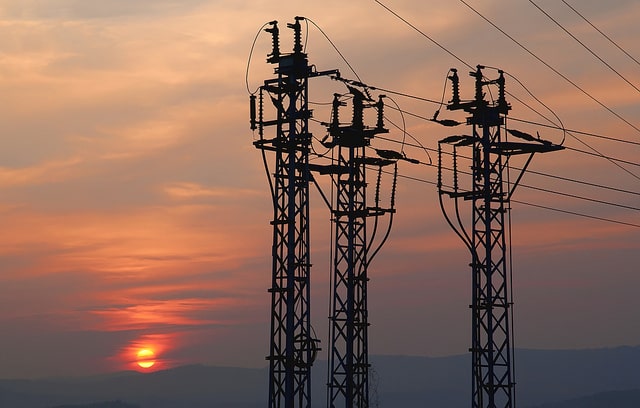 Get a First Aid Kit

In a disaster situation, like a blizzard, flood, fire, earthquake, or alien invasion (just checking to make sure you’re still reading), one of the first things you will want to have is a first-aid kit. Even if you’re not hurt, someone else, including a neighbor, might be. First-aid kits should contain all of the basics including medical bandages, gauze, stretchable Ace bandages, scissors, some kind of antibiotic ointment, and possibly an oral antibiotic if you can get your hands on such a thing.

You should also have supplies to make a tourniquet, rubbing alcohol, and a bottle of clean, distilled, water.

Get Food and Water

You’ll want a “never-ending” source of clean water, ideally. That may or may not be possible, but there are a few ways to get close to that ideal. First, stock up on gallon jugs of water. Plan on about one gallon per day, per person. More for pets.

You can also invest in something like the Life Straw, which is a special filter straw that lets you drink directly from any water source – it filters out 99.9+ percent of contaminants in the water, including viruses and bacteria. These water filters aren’t the kind of thing you go to your local grocery store and buy. They must be ordered from a dealer who specializes in this type of filter.

You’ll also want food. Plan on stocking up on non-perishables. You don’t have to eat MREs or canned food, however. You can buy organic dried food with a long storage shelf-life. These are basically “survival kit foods,” which are specially designed to be not only nutritious but tasty as well.

A special dehydration process removes water from the food at a low temperature, preserving the texture and taste of the food. When you rehydrate it, it’s very difficult to tell the difference between the regular fresh stuff and the dehydrated meals.

Without power, you literally cannot power anything – iPhones, T.V.s, radios, lights, dishwashers, stoves, phones, hot water tanks – none of these things work without electricity. A backup generator will help give you the power you need while the power is out.

You should also consider investing in a portable backup battery and generator. Websites, like http://patriotpowergenerator.com, sell solar-powered generators that can be folded up and taken with you wherever you go.

A generator of this kind gives you the flexibility to move and take your power with you, if you need to. So, even if you have a permanent generator that runs on gasoline, be aware that these kinds of generators are pretty limiting. When the fuel runs out, so does your power. Portable generators never run out of power, and so they can be used almost indefinitely.

Get in the habit of keeping the gas tank in your vehicle at least half-full. Why? Because it’s hard on the pump to continually run it dry. But, also, gas stations will be flooded with people during an emergency. You will find it very difficult to get the gasoline you need when you need it. Also, consider filling up extra gas containers and keeping them hidden in a place only you know about.

Stock Up On Medications

Medications are important in an emergency situation. Don’t assume that a pharmacy will remain open if disaster strikes. You will need to be prepared beforehand. Work with your doctor and pharmacist to make sure you have at least a month’s worth of medications on-hand. If you’re questioned about it, tell them you want to be prepared just in case you run out or you can’t get to the pharmacy on time or there’s an emergency – you need your meds.

Set Up A Long-Distance People Plan

Make plans with people in advance – you should have a contact that lives at least 300 miles away, possibly farther. You should communicate with this person and set up a plan for evacuation. It’s a lot easier to just get in your vehicle and drive out to your “safe spot” rather than try to plan during an emergency.

Allen Baler is a Partner at 4Patriots LLC, a Tennessee based small business that provides products to help people be more self-reliant and more independent. Allen founded the company in 2008 after 14 years as a corporate executive leading profitable business for the Easton Press and the Danbury Mint. He graduated with honors from Harvard University and resides in Nashville with his wife and 3 daughters.

What is Poaching? Causes, Effects and Extraordinary Ways to Stop Poaching

Conserve Energy Future is a participant in the Amazon Services LLC Associates Program, an affiliate advertising program designed to provide a means for sites to earn advertising fees by advertising and linking to Amazon.com. Amazon and the Amazon logo or trademarks of Amazon.com, Inc. or its affiliates.
18 Shares
Copy link
CopyCopied