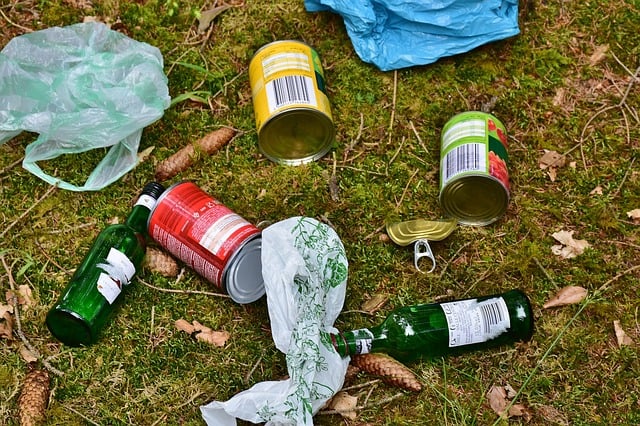 London is a city which creates a lot of waste on a daily basis. There is a lot of garbage accumulated almost everywhere and the city is having a lot of problems with it in recent times. Luckily, they have found some solutions in dealing with it and have even devised a London Plan that is supposed to resolve the waste management issue by 2026.

However, as things are looking now London is the city with a very low recycling rate. For a city that has so much waste and so much potential of reusing the created rubbish, not a lot of it is reused. Most of it still ends up on landfills or even worse, in the oceans.

This is just one of the shocking facts that people are not aware of London. Here are 10 dirty little secrets that will blow your mind about London’s waste management.

1. Waste Disposal In London Grows Up by a Million Tons Each Year

A shocking fact is that the citizens of London are only expanding their product consumption. This prompts them to create more and more waste each year. As stated by the UK government, it will require the local authorities to collect an added million tons of waste each year in order to meet the current rate. This equals to 500.000 more garbage trucks for a city which is already running to the maximum of its capacity.

2. An Average Household in London Produces Almost a Ton of Waste Each Year

You will be surprised to hear that an average household in London produces almost a ton of waste each year! Actually, based on the findings produced by Rubbish Removal Clearance, the exact number is 970kg per, which is still a very concerning number. So if nobody came to pick up your rubbish for a year you will have a pile of garbage in front of your care that weighs as much as an average automobile.

3. The Biggest Sewage Blockage in London Equaled to 17 Elephants

Imagine if you take 17 elephants and stack them tethered and simply flush them down to the toilet. Impossible? As it seems it was very much possible. The most problematic sewage blockage every recorded in London’s history comprised of stuff which equals to the weigh of 17 full-grown elephants. The most concerning thing was that is comprised mostly of things that you shouldn’t flush down the toilet in the first place. This tells us a lot about the concern that people are having about this.

Recent stats have shown that a lot of Londoners throw away a lot of food which is still edible. Mind you, this is not food that has gone to waste, this is still perfectly edible nourishment. The equivalent weight of the food discarded amounts to a total of 42,000 buses that you can see driving around London. Now imagine those buses being comprised of food that you are never going to eat and have simply thrown it away in your dustbin. This fact shows how much of a wasteful culture we live in.

See also  5 Minor Changes That Can Lower Your Ecological Footprint

One of the biggest problems in London is the creation of landfills. What is most concerning that a lot of recyclable goods end up in this landfill never to be reused again. According to the statistics, the total number of 751,000 of waste ends up in landfills each year. This is an equivalent to 75 Eifel Towers being thrown away every year. But the story doesn’t end here as the amount is growing. Which means that these are only the current stats as next year we can expect this number to grow even further.

6. An Amount of 15 Redwood Trees is Being Burned

Not a lot of people are aware that there is a certain amount of waste that is incinerated. Actually, it is a lot! A lot more than you may think. London councils incinerate waste in the amount of 15 giant redwood trees. Most of it could still be reused but unfortunately, it all goes to waste as it is completely burned up.

7. An Average Resident of London Produces 2 Grizzly Bears Worth of Rubbish

One person living in London is capable of produce waste in the same amount of waste as 2 Grizzly bears per year. To be exact, it actually amounts to 428.8kg per person from each household. London currently has 8.1 million people living in it. You do the math.

8. London Produces an Amount of Waste that could fill up 1,500 Olympic-Sized Pools

Based on the data collected in 2016, a total number of 3.7 million tons of rubbish has been collected by local authorities in that year. Further data suggest that this is the amount of rubbish is enough to fill about 1,500 Olympic pools of 50 meters. With every new person coming to London and with all kinds of fluctuations happening, this number is sure to increase.

9. Londoners Discard 19% of Groceries they Buy

Wastefulness has to be the middle name of Londoners. It is interesting how much they disregard food and edible items. People in London discard about 19% of the total groceries that they buy. A lot of it is still edible and not all of it has gone to waste. It actually amounts to throwing away 1 of every 5 things you buy.

10. What Would Happen if Every Londoner Recycled One Glass Jar a Week?

Since London does not have favorable recycling numbers, what would happen if all the residents decided to recycle at least one glass jar a week? The amount of glass collected and recycled in one year would be able to replace half of the glass windows on the Shard. That may be a type of motivation for people in London to start recycling.