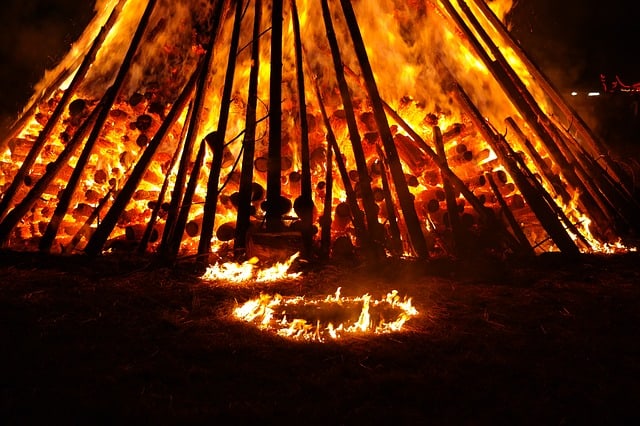 As predicted earlier, Europe is again hit with the second major heatwave this summer that broke records throughout the continent.

According to a report by BBC News, Paris set its all-time high of 42.6 degrees Celsius. The record highs on Wednesday got broken again on Thursday in Belgium, Germany, and the Netherlands, AccuWeather reported. The all-time highs on Thursday measured 41.8C in Belgium, 42.6C in Germany and 40. 7C in the Netherlands, which crossed 40 degrees or more temperatures for the first time.

Meanwhile, July is the hottest ever month in the U.K. with a temperature of 38.1 degrees Celsius, BBC News reported. As the U.K.’s Met Office tweeted, the U.K. has experienced a temperature of 100 degrees Fahrenheit and more for the second time ever.

In France five deaths recorded may have been linked to the heat which has proven potentially deadly. It also disturbed the transportation system. Trains ran at reduced speeds in Britain to avoid buckling of rails, and a Eurostar traveling from Belgium to London broke down on Wednesday and forced the passengers to wait for three hours in the heat.

“Everything was suddenly down: no air-conditioning, no electricity,” passenger Paul De Grauwe said, as The New York Times reported. “I have never been so hot in my life.”

The high temperatures pose a threat to the Notre-dame cathedral in Paris, which got damaged in April in a fire.

“I am very worried about the heat wave because, as you know, the cathedral suffered from the fire, the beams coming down, but also the shock from the water from the firefighters. The masonry is saturated with water,” Chief Architect Philippe Villeneuve told Reuters, as AccuWeather reported.

The Met Office noted that the climate crisis had made heatwaves in Europe more likely as well as more extreme, BBC News reported.

“What we have at the moment is this very warm stream of air, coming up from northern Africa, bringing with it unusually warm weather,” the Met Office’s Dr. Peter Stott told BBC 5Live. “But without climate change we wouldn’t have hit the peaks that we’re hitting right now. “

Other scientists agreed to that.

“This. Is. Climate. Change. ” Karsten Haustein, a climate scientist at the University of Oxford tweeted.

The heatwaves’ trend as experienced this week has increased discomfort for Europeans as the continent has not adopted air conditioning like the U.S. While 10 percent and even less of European homes have an air-conditioning system, in the U.S. the number is more than 90 percent, The New York Times reported.

However, frequent heatwaves may change that scenario. According to the head of a Munich-based air-conditioning installation company, there had been steady growth from year to year. More units, however, would also result in more climate change.

“By cooling off the inside and warming the outside, we are feeding a disastrous vicious circle,” Brice Tréméac, the head of Paris-based research institution the Laboratory of Cold, Energy and Thermic Systems, told The New York Times.

As the warm air moves towards Greenland, for now, Europe can expect some relief from the heat as temperatures cool down. However, it could cause record melting of ice-sheet in Greenland creating further havoc, Reuters reported.

“According to forecasts, and this is of concern, the atmospheric flow is now going to transport that heat towards Greenland,” World Meteorological Organization spokeswoman Clare Nullis said in a U.N. briefing in Geneva Friday. “This will result in high temperatures and consequently enhanced melting of the Greenland ice sheet. We don’t know yet whether it will beat the 2012 level, but it’s close.”

This July, the surface melting has caused the ice sheet to lose ice equivalent to 64 million Olympic-sized swimming pools so far. The high temperature could also further melt Arctic sea ice, reaching close to its lowest extent recorded as of July 15.