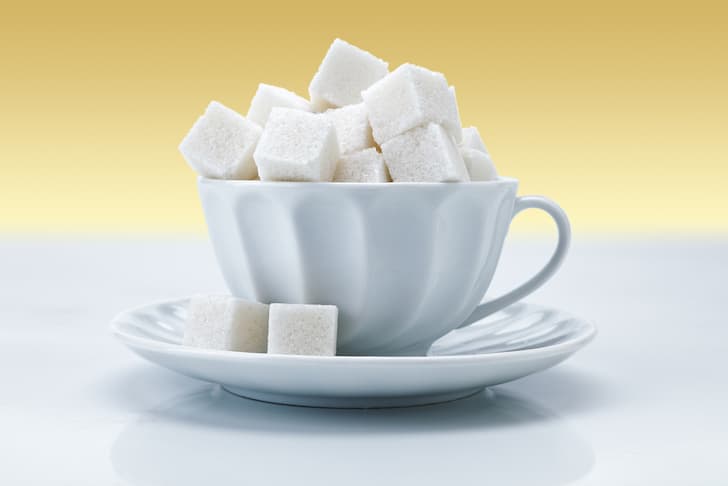 A fashionable statement that you’ll hear around is, ‘don’t take too much sugar.’ However, that’s not precisely why we’re here.

There are various issues beyond the health hazards of excess sugar in the body. And that’s where the environmental impacts of sugar come in.

Usually, the production process of sugar has various effects on the environment. And although people are either unaware or try to avoid it, it’s quite essential.

So, you know how sugar and its production affects the environment, we’ve written this article.

In this post, we’ll discuss the environmental impacts of sugar. Let’s get right to it.

When you hear word sugar, you’re probably thinking of only sweet things. Well, you aren’t exactly wrong. While sugar includes sweets, it extends to various sweet, water-soluble, and colorless compounds occurring naturally in animals and plants.

It includes carbohydrates and other food sources like vegetables, fruits, nuts, and foods containing refined sugar.

Does Sugar Production Harm the Environment?

Research has shown that sugar production has a devastating effect on the soil, air, and water. And this is even more prominent in tropical ecosystems that are close to the equator.

Also, research shows that sugar production is the number one cause of biodiversity compared to other crops. And this is mostly thanks to its intensive utilization of water, heavy usage of toxic agricultural chemicals, significant release of polluted wastewater, and destruction of various habitats for plantations.

Unfortunately, these effects get compounded year in year out by the tremendous rate of sugar production. For instance, you’ll be surprised to know that each year, in around 120 countries, over 145 million tons of sugar gets produced. And that’s without adding the almost 10 million tons manufactured in Asia.

As such, each year, sugar production contributes significantly to the damaged environment that you hear about.

In case you’re in doubt about these significant damages sugar production causes, you only need to take a look at Papua New Guinea. Today, soil fertility has reduced by 40% within 30 years, thanks to sugar production.

Also, various rivers, such as River Niger, River Zambezi, Mekong River, and Indus River, have experienced a significant reduction in their water content due to sugar production. So, if you’re wondering if sugar production damages the environment, the answer is clear. Yes, it does.

Is Burning Sugarcane Bad for the Environment?

You’ll recall how over 145 million tons of sugar gets produced each year. Well, sugarcane contributes a whopping 60 to 70 percent of the total production.

Usually, the use of sugarcane during the production of sugar involves burning sugarcane. And this is done at the farm. Generally, farmers burn sugarcane to ensure that they reduce the number of leafy foreign materials that get to the factory.

You must know, this process is quite justified as it provides various benefits. For instance, it reduces the overall cost of production and supports effective harvesting. It also reduces the harvest season and reduces the wear and tear of factory equipment, among others.

However, while it poses various benefits to farmers and the producers of sugar, it’s not the same with the environment. Burning sugarcane affects the environment negatively, and primarily by causing air pollution.

The burning of the leafy parts of sugarcane supports the emission of various toxic and hazardous substances that can affect air quality. Examples of these substances include nitrates, carbon compounds, and sulfates.

These substances are then related to the menace of climate change. For instance, a combination of various compounds from the burning of sugarcane reduces oxidization efficiency and increases ozone concentrations.

Even worse, sugarcane burning also has a significant effect on human health. And this becomes even more compelling when you consider it from the perspective that we are part of the environment.

For instance, burning sugarcane causes particle pollution. These particles usually find their way into the lungs. And this often results in various health issues.

For example, research shows that these particles in the lungs share a connection to irregular heartbeat, lung or heart diseases, and nonfatal heart attacks. It also causes a reduction in lung function, resulting in aggravated asthma, difficulty in breathing, and coughing.

Does the Sugar Industry Contribute to Water and Air Pollution?

However, the real question should be how does the sugar industry contribute to water and air pollution. Well, let’s find out.

In case you’re wondering what air pollution involves, it’s simple. It involves an induced change in air quality. Usually, this change is caused by the emission of toxic and hazardous substances, making the air dangerous for animal and human health.

The sugar industry contributes to air pollution majorly through “bagasse.” The peculiar thing is that this industry also uses bagasse as fuel for its activities.

Usually, bagasse gets used to power boilers within the sugar industry. And this process causes the emission of pollutants such as sulfur dioxide, carbon monoxide, and nitrogen oxide.

Beyond this, juice fermentation units and evaporators are other emission sources that cause air pollution.

Just as in air pollution, water pollution involves an induced change in water quality. Usually, this change is caused by the emission of toxic and hazardous substances, making the air dangerous for animal and human health. It also makes it less useful and desirable when using it for agricultural and recreational activities.

The sugar industry contributes significantly to water pollution through wastewater. In case you’re wondering what, these are. They are liquid that exists as a by-product during the production of sugar. And examples of wastewater include:

And in most cases, this wastewater contains a high concentration of solids, chloride, nitrate, magnesium, calcium, and sulfate.

These substances can reduce the presence of oxygen in water bodies, which then threatens aquatic life. Even more, due to this concentration, such water bodies become unfit for your use.

These various standards cut across maximum emission and discharges and the regulation of multiple activities. For instance, when it comes to the burning of sugarcane, there are recommended procedures.

However, it’s quite challenging to measure the extent of compliance by sugar factories with these existing norms. Still, it’s easier to conclude that since these norms are policy usually mandated by the Environmental Protection Agency, there’s a degree of compliance.

For instance, in Louisiana, burning must be carried out under a Certified Prescribed Burn Manager. And this is to ensure that the burning results in a minimum level of damage to the environment.

Sugar is a significant part of most lives. And that’s why its production is widespread in over 12o countries. In fact, there are over 60 million acres specially dedicated around the world today for the production of sugar.

However, the production of sugar has a significant adverse environmental impact. From water pollution to air pollution to health risk, sugar production continues to harm the environment. Regardless, there are various efforts aimed at reducing the effect. Hopefully, in time, the extent of its effectiveness can be measured effectively.