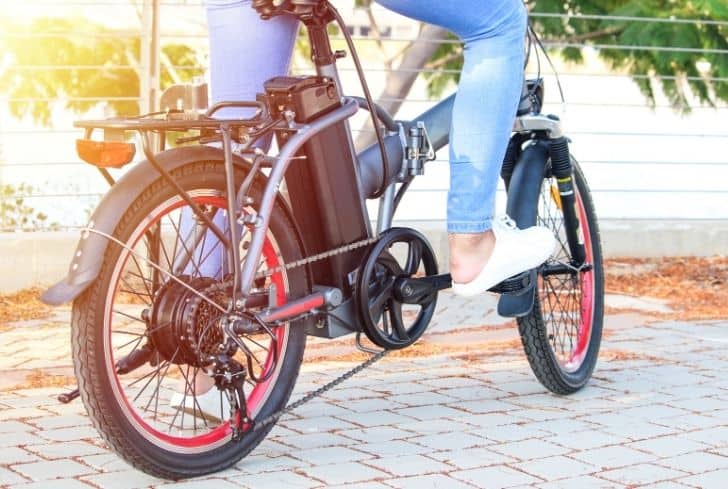 We live in a world that has been revolutionized by technology, especially over the last 100 years. The majority of traditional devices and appliances, have undergone an upgrade and are now electric, or are using an advanced level of electric power.

Bicycles are some of these devices, and today, the traditional bike is now powered by electricity, making it an electric bike or e-bike. As the name suggests, they have been integrated with an electric motor, that helps in propulsion. This article delves into electric bikes vis-à-vis the environment

Overwhelmingly, yes! Electric bikes are certainly good for the environment.

E-bikes use electric power, along with human power to push them forward. The Environmental Protection Agency estimates that an average gasoline passenger vehicle on the road today has a fuel economy of about 22 miles per gallon, and drives around 11,500 miles every year. With such figures, the Agency concludes that every gasoline burned, will create 8,887 grams of carbon dioxide.

This is not good for the environment, given carbon dioxide’s effect on the environment itself, not forgetting that it is a greenhouse gas, responsible for global warming. Electric bikes have come so far, so much so that it is possible to use them in an environmentally friendly manner, with them releasing zero carbon emissions. This is simply achieved by charging the bike’s battery using green or renewable energy

Electric bikes are also advantageous to people and in turn the environment. For instance, they do not get stuck in traffic, meaning you will not release excess carbon dioxide while stuck in traffic. Speaking of traffic and roads, electric bikes do not put much weight on the roads, meaning they can help preserve roads for a long time, which greatly reduces the amounts of pollution that arise as a result of fixing damaged roads. You will also save up on time, meaning you will get more time to do good for the environment. Also, they do not contribute to noise or air pollution

Electric bikes are associated with a lot of benefits. They are advantageous, mostly to the human body, to society and of course to the environment. They help improve blood circulation, facilitate stress release and are perfect for helping families bond.

Electric bikes are good for employed people or people who have to travel between home and work on a daily or weekly basis, since they are relatively fast, offer a chance for the rider to exercise and do not get stuck in traffic. They are also a true reflection and evidence that electric forms of transportation are taking over and should do so for a variety of reasons, the majority of which positively affect the environment.

See also  What is Environmental Education and What are its Components?

Electric bikes, unlike other powered forms of transportation, such as cars, trucks and motorcycles, do not run on gas and diesel, which release carbon emissions into the atmosphere. Electric bikes rely on both human and electric energy to be propelled. The electric energy will be provided by a rechargeable battery.

If you were to charge the battery attached to the bike using clean and green solar power, you will actually be using 100% environmentally friendly energy, making your bike good for the environment. On the flip side, a passenger vehicle emits 6 metric tons of carbon dioxide in a year, with larger vehicles and especially those running on diesel emitting much more.

2. They do not contribute to environmental pollution

Electric bikes, as already mentioned, provide zero emissions. This means they do not release the toxic gases and smog that result in respiratory and other health problems. As such, electric bikes do not contribute to air pollution, meaning they are really good for urban areas, which are plagued by disastrous amounts of carbon emissions. Also, e-bikes emit little to no sound and as such, they do not contribute to noise pollution which is a nuisance to many, especially those living, schooling or walking by the roadsides.

3. They have long-lasting batteries

Of course, electric bikes rely on batteries to produce an electric current. The problem, therefore, becomes disposing of these batteries, especially in landfills, leading to environmental waste. Luckily, e-bikes use batteries that can last for quite a long time. Moreover, these batteries can and should be recycled, meaning they will not find their way into landfills just yet.

Electric bikes also use lithium-ion batteries and not lead batteries, like in cars, which has a far much dangerous effect on the environment. Reducing waste is one way to reduce one’s carbon footprint and owning an electric bike, goes a long way in doing just the same

Electric bikes, in comparison to other forms of travel such as cars, are very light. As such, they do not cause damage to the roads like these other forms of transportation. When roads are damaged, it will necessitate repairs which require the use of even heavier vehicles, which produce much more pollution into the environment, therefore, riding an electric bicycle will have a positive impact on the environment as they will not be responsible for damaging roads.

See also  35 Tremendous Ways to Save Coral Reefs From Destruction

Electric bikes are as much as six times more efficient than riding a train. They also offer a greener transportation option, not forgetting the freedom of movement without a schedule restriction and the ability to travel alone if desired. Taking the train or bus means you will be in a crowded space with other passengers, who might be sick.

Considering we are still plagued by the COVID-19 pandemic that has already claimed the lives of over 2 million people, electric bikes seem like a safer and hassle-free way of accessing the world, despite the pandemic.

When you charge any device, you draw power from the power grid and could be strenuous on certain occasions. To avoid such strains on the grid, you can opt to charge your electric bike during off-peak hours, when the electricity demand is at its lowest.

At such a time, an electric bike will put less strain on the power grid and prevent it from becoming overwhelmed by heavy use. It also lowers the risk of blackouts or blowouts. This also means consumers will personally benefit from the lower rates associated with off-peak use, thereby being less strenuous on the environment in general.

We have to admit, to protect the environment from ourselves and our actions, we have to switch to sustainable options. These are primarily led by using renewable, clean and sustainable energy as well as using appliances and devices that take up such energy. Solar energy is the preferred sustainable and clean energies seeing that it comes from the heat from the sun, which is unlimited and renewable.

Electric bikes can be able to consume or operate on solar energy, making it 100% environmentally friendly and very good for the environment. The introduction of electric cars also means that the entire transportation industry is shifting away from gasoline and diesel products into a renewable alternative, and electric bikes are leading the charge.

Electric bikes can take you to places that other vehicles simply cannot. They are small, light and can easily handle rough terrain, making them excellent for off-roading on your excursions. Some national parks now allow visitors to use e-bikes, which can be vital in exploring new places as well as connecting with nature. This adds to one’s love for nature and the environment, making it an inspiration for you to look for new ways to preserve the environment.

Electric bikes are basically eliminating conventional bikes. Both do not release any emissions and are better for the environment than cars. However, electric bicycles are more eco-friendly than their old-school counterparts, meaning they will eventually take over.

With regards to other vehicles such as cars, e-bike possess an added advantage, seeing that they are eco-friendly and do not release toxic emissions. They also do not get stuck in traffic snarl-ups and can be an avenue of physical exercise, benefiting the body. Who knows, maybe a time will come and there will be more e-bikes on the roads than cars.

10. A healthy environment for healthy humans

The NHS recommends that you ride a bicycle for two and a half hours every week. Any bike, both conventional and contemporary can help achieve this. Riding to work daily, could help achieve the recommended quota or even surpass it. In doing so, you will be contributing to a healthier life, which means a healthy environment. According to research those who ride a bike to work could experience a 39% lower rate of mortality

As overwhelmingly attributed in this article, electric bikes produce zero emissions, can rely 100% on renewable energy, do not pollute the air and have a very minimal effect on the roads. As such, switching to riding an electric bike will be lowering your carbon footprint, in comparison to those using conventional means of transportation.

Although charging them does result in carbon by-products, e-bikes produce significantly lower emissions as compared to driving a car. As such, owning and using an electric bicycle undoubtedly reduces one’s carbon footprints.

There have several reports, which describe that the current coronavirus pandemic was caused by environmental factors. It, therefore, translates that an endangered environment either fought back or was too weak and consequently brought about a deadly disease that has claimed millions of lives so far.

Electric bikes can help fight the pandemic in several ways. They offer a chance for moderate exercises, e-cycling can keep you safe since you will be traveling alone in a safe distance, and it can help people with pre-existing conditions, such as obesity and type-2 diabetes, which make such people more vulnerable to COVID. It also contributes to better cardio and mental health. The basic point is that a healthy nation can contribute to a healthy environment and e-biking will contribute to the same.