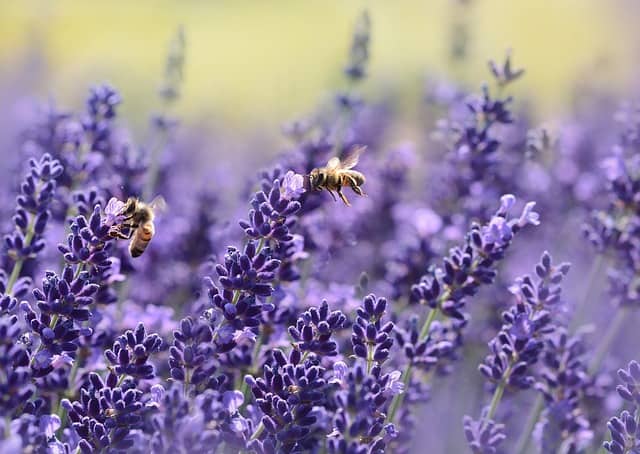 Naturally, all flora requires water to survive. However, some hardly need consistent availability of water to survive thereby qualifying them the name: drought tolerant plants. They are the category of plants that can survive without water for months or even years of scarce rainfall due to their adaptation. With the variations in weather patterns and conditions across different terrestrial regions, plants in drought areas have adapted to survive the harsh climatic conditions of thriving without water.

Climate change and global warming have further made the plants much more tolerant by developing survival mechanisms for enduring dry conditions. Most of these plants can survive in areas with less than 25.4 centimeters (10 inches) of rain per year.

As evident from the survival tactics of the majority of drought-tolerant plants, some have developed thick leaves while some have very thin and need-like leaves to store water and reduce the rate of water loss respectively.

Aloe Vera is a succulent plant species that first originated from the Arabian Peninsula and naturally survived in arid and semi-arid conditions. It also thrives in tropical climates. The plant has thick and fleshy leaves for storing water. As much as Aloe Vera primarily thrives in hot and dry areas, it can also survive in grasslands and the coastal regions. It is mainly grown for both agricultural and medicinal purposes.

Aloe Vera is also among the most known drought-tolerant plants in the contemporary world owing to its medicinal value and used as a key ingredient in various products like body oils, hair shampoo, bathing soaps, detergents, and pharmaceutical gels just to mention a few.

Studies, for example, have shown that Aloe Vera gel can help to limit the growth of harmful bacteria on fruits and vegetables, it can reduce inflammation, and boost the body’s immunity. It is also aids digestion by relieving constipation, prevents sunburn, and can heal wounds.

Agaves is a beautiful architectural perennial monocot that originated from the arid and hot areas of Mexico and the Southwestern United States. They take longer to mature hence the name ‘’century plant’’, but looks good throughout the year upon reaching full maturity. The plant has thick leaves for water storage and deep roots for absorbing water deep below the soil surface.

See also  Biodiesel: How to Make it, Uses and Benefits

These are the features that make agaves drought tolerant and enables them to grow without much care. Their flowers, leaves, and stalks of the agave are edible. The sap of the agave also produces the agave nectar used as a sweetener and a substitute for sugar. It is also used in the lubrication process and can be distilled to manufacture tequila.

Bougainvillea is an evergreen thorny ornamental bush of the family Nyctaginaceae. It can also be cultivated in coastal regions because of its tolerance to salty water. It is a colorful plant associated with pink, purple, red, and magenta which makes it an excellent houseplant that can also be grown on walls, hanging baskets, and along fences. It is very easy to grow and maintain.

Portulaca is also known as the Moss rose. It is an annual drought tolerant succulent flower that grows in dry soil native to Argentina, Brazil, and Uruguay. Because of its succulent leaves and deep growing roots, it can survive without water for a long time. It is mainly cultivated as an ornamental plant because of its charming flowers.

Lantana is an evergreen and hardy tropical shrub native to the Americas and Africa. It is mainly grown for its colorful and fragrant flowers. Lantana flowers are usually very colorful during spring and summer but can also blossom throughout the year in warm areas. The plant does not need much care because it thrives best in dry and hot areas and can grow in any type of soil.

Thus, it is easy to grow the plant at home and even in pots. Plus, the plant usually attracts beautiful insects such as butterflies and hummingbirds, which makes it much more attractive. The lantana berries are edible but only when ripe. The berries can be poisonous if consumed green. The plant can also be used to make furniture because it is resistant to rain and sun damage.

This is a perennial, drought-resistant herb mainly used for healing purposes. It grows best when there is abundant sunshine and it has been reported that overwatering can kill the plant. Aside from Sage’s healing purposes, it has many other uses such as purification because of its antimicrobial agents that fight harmful bacteria.

See also  Is Plywood Sustainable? (And Biodegradable too?)

Burning of sage as a spiritual ritual helps in the connection with the spiritual realm by enhancing intuition. Sage also helps elevate moods by dispelling negative energy. In addition, it is also used in aromatherapy with it being an air freshener by producing a divine fragrance.

This is a perennial flowering herb of the mint family tolerant of heat. It is believed it helps purify the mind and body because it promotes well-being by reducing stress and anxiety. It is also used in the treatment of diseases such as acne, insomnia, nausea, skin irritation and hair loss. Due to its fragrance, it is used in aromatherapy for the treatment of headaches. Lavender oils also treat acne and hair conditions.

This is a perennial flowering plant native to Europe, scientifically named Achillea millefolium. Yarrow has fern-like decorative foliage – tightly packed attractive flowers. They also require low maintenance because they only grow well in a sunny and well-drained loamy soil. The plant can be a good choice for rock gardens.

Also, it can be used in the making of homemade shampoo. It also has medicinal values such as the treatment of fever, stomach discomfort by promoting detoxification, and toothache when taken orally. In the past, it was used to treat wounded soldiers.

Cactus is a xerophytic succulent plant that uses its entire plant structure and cells for water storage. The name is derived from the ancient Greek, kaktos, first used by Theophrastus. Owing to its plant structure, cactus requires very little water to thrive and can survive in very dry areas such as the desert.

The plant has one of the best adaptive survival mechanisms for desert areas that makes it an amazing drought tolerant plant – it has sharp thorns as leaves, succulent stem covered in wax to prevent loss of water, and it shrinks during the dry season to use the reserved water.

It can, therefore, be grown in pots and survive with minimal care. Cactus produce big beautiful flowers and brightly colored fruits that can be a source of food to birds, insects, and mammals. Species of cactus such as dragon fruit and the prickly bear are safe for human consumption.

As part of the thistle family, the botanical name is Asteracea but commonly known as the globe artichoke. The plant can thrive with light watering after it has matured, and looks very attractive in the garden when its purplish-blue flowers sprout.

Artichoke is mainly grown as food or vegetable as it can provide an ample source of dietary fiber, vitamin C, and vitamin K. Apart from that, it can also be used as a breath freshener and an anti-oxidant.

Fountain grass botanical name is Pennisetum setaceum, otherwise known as Rubrum. Once fully grown, the grass is highly tolerant of drought. It is a perennial plant with purple leaves and rosy flower spikes in optimal weather conditions. It is mostly grown as an ornamental plant.

Geranium is an amazing drought tolerant herbaceous long-living shrub whose botanical name is Pelargonium. It can flourish in areas with very low rainfall and high heat levels, which means it requires little watering. The most common types of Geranium include; ivy, scented, and zonal. It produces oils used as skin radiant in aromatherapy and treating acne. The geranium oil has a sweet aroma that elevates mood.

Is a flowering plant native to Africa and the Arabian Peninsula. Since it is a plant that is highly tolerant of heat and drought, it only needs occasional watering. It is commonly known as the Desert Rose. It can be grown as a houseplant because of its relatively low care and brightly colored flowers. It produces sap containing toxic cardiac glycosides that can be used as an arrow poison during hunting.

Sisal is a succulent plant native to southern Mexico but can grow almost everywhere across the world. The plant can survive in dry and hot climates very well and will require little water or rainfall to survive. It is a beautiful plant for outdoors as it creates a natural aesthetic impression. Sisal can be used to produce fiber for the making of rope, carpets, cloth, and slippers because of its durability and elasticity.

Euphorbia is an amazing drought tolerant plant that can be a good choice for boarders or indoor potted plant depending on the plant species. It is a flowering plant of the spurge family native to southern Africa but is found in almost every region of the world.

The plant does not require special attention and can go without water for a long time. It produces poisonous milky latex that causes severe skin irritation and might cause blindness. It can, however, be used in the treatment of ulcers.