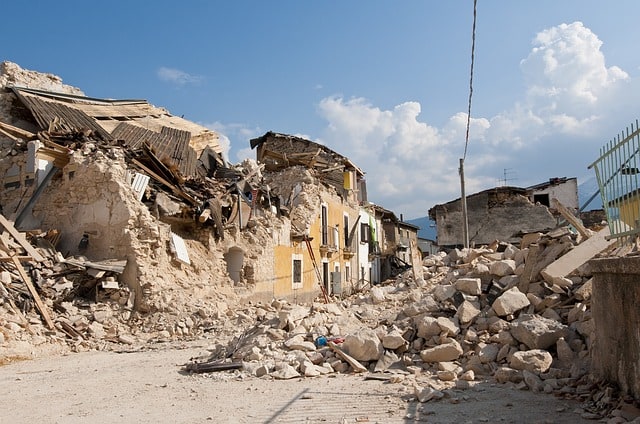 Often times, we have often said most events that occur naturally were caused by God or they are natural disasters. One question that comes to the mind is, what is natural about events such as climate-induced disasters that occur today? It is important to note that since the mutiny of “Anthropocene” which is an era when species have become the main influence of the alteration of the earth’s biological, physical, and chemical properties, man has been using fossil fuels to empower the growth of technologies and since then, with the rise in human population, it has caused an insatiable need for the consumption of these fuels. As a result of these activities, we are now solely responsible for the catastrophic concerns that are occurring today.

Right now, the density of water in big dams and the process of drilling deep in the earth before water is injected into the rock at a very high pressure (fracking) are one of the leading causes of natural disasters such as earthquakes. Also, actions such as draining water-logged areas, the reduction of water for industrial farming, production of plastics and certain chemicals, the pollution of aquatic bodies/habitat with nitrogen, deforestation, and the use of environmentally harmful methods for fishing, all combine to cause a change in the environment. Not only that, these practices have also caused an extinction of some species in our world today since the disappearance of dinosaurs about millions of years ago.

However, even though we are the real perpetrators of these bad occurrences that are happening with our climate and also events like earthquakes, the extinction of species etc. We have decided to shift the blame to God or to natural disasters. It is also important to know that recently, humans have placed bounties and a rule to kill certain species such as wolves, seals, and basking sharks.

The insects which are obviously the most important group of animals in our ecosystem are also been affected by man’s activities, and this includes the production of pesticides and insecticides to eliminate their existence. One the famous pesticide known today is neonicotinoids–  are sensitive to bees which are vital pollinators. Forests that have existed a long time ago are called wild forests, while farms that substitute them, later on, are called a normal forest.

Do you know that there are lots of places on earth that are vital to the ecosystem that needs protection?  Hence, places like the temperate forest that cuts across Alaska and Northern California is one of the infrequent biomes on earth. The trees in this place have been annihilated in the U.S.

It is sad to know that we have totally overlooked what the word “ecology” and “economy” mean. Both words mean a “domain” or a place we live and thrive in. Due to the fact that humans are always looking for ways to use their environment, they aren’t specific to a particular domain or environment. And as result, we can now live in any place that we choose for ourselves such as mountains, rocks, deserts, jungles, etc. Environmentalists try to look for factors that enhance the survival of species in their environment. While Economists are empowered to “supervise” our activities within our habitat.

People like the Prime Minister of the United States of America have their says that it is impossible to set up policies in order to reduce the release of greenhouse house gases which have detrimental effects on the economy. These set for people have a certain belief that the economy is very important than the atmosphere that influences the weather and climate.

In the same vein, lots of economic conservatives protest against a proficient market solution to climate change, such as carbon pricing, but do you know that market pricing is a good solution for climate change? An instance is the carbon pricing in Sweden which involved a tax of $35 a tonne in 1991, and this made an increase to the economy of Sweden to about 60% by 2012, thus reducing the release of greenhouse gases to about 25%. The tax has been increased to more than $170 to date.

On a concluding note, we all know the effects of climate change on our economy due to the increase in the use of fossil fuels and the emission of greenhouse gases.  However, these agents are the main factors of some bad happenings such as the monstrous wildfires (Kelowna, Fort McMurray), loss of glaciers, etc. All these events aren’t natural, instead, they are induced by man as a result of certain activities. Hence, we need to take responsibility and tackle these problems once and for all.