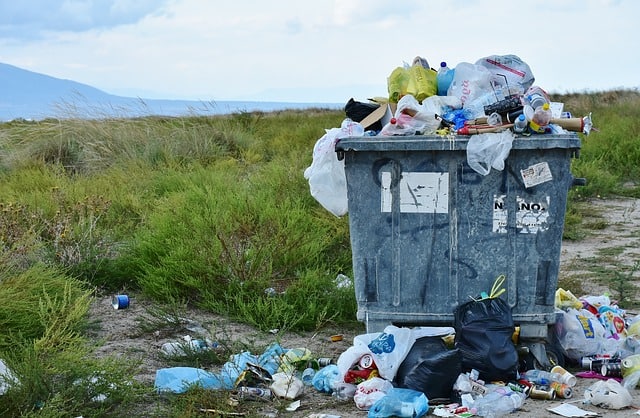 Each day you enter the convince store and buy a certain item. Whether it’s a bottle of water, a package of chips, or a piece of chocolate. You consume the product that you bought with care and without thinking about it you throw away the container. You go on with your life carelessly and go off to work or to a place where you were heading to. But you don’t really think about the container that you have just disposed of a second ago, do you?

This is a daily routine of most of the people living in the UK. They go about their lives, consuming products and creating waste, without thinking about the consequences all that littering and wasting brings. London is one of the city which is greatly congested with people, resulting in a lot of trash generated every day. What is also concerning to think about is the amount of rubbish that doesn’t get recycled.

At this point preventing people to waste and lessening their consumption is almost impossible. So the best and probably the only solution is to recycle all of the product that we throw away. Unfortunately, not a lot of cities and countries do have a good recycling plan. London wastes a lot of rubbish each day but only one-fourth of it is actually recycled and reused in a certain way. Plans are being made to change the mindset of people and recycling plants are being opened and introduced, but in some sense, it may be a little late.

Wastefulness is bringing our world closer to the end. Most of the world’s waste ends up in the ocean. Most of our world consists of water and we shouldn’t remind ourselves that water means life. We are poisoning the very thing that allows us to live and we carelessly continue to do so.

See also  Can You Recycle Cooking Oil? (And 10 Ways To Dispose of)

In order to raise awareness about pollution and to get more people to recycle, you should know where all of your garbage produced in London ends up.

Plastic is the hardest materials to dispose of as it is not biodegradable. So the best solution is recycling. Unfortunately, plastic is also not easy to recycle as it depends on the type of plastic that it is made of. All of the gathered plastic needs to be sorted accordingly so it is prepared for recycling. The easiest ones are clear water bottles as they have no color and are made of the type of plastic which is the most widely used kind. Harder forms of plastic require a specific process to dispose of which is not cost-effective for recycling in certain places.

As we have found out from RubbishWaste, a London-based junk removal service provider, an average household in London produces 373 plastic bottles each year. Unfortunately, only 10% actually get to a recycling plant and are reused. Just to make a comparison, recycling one bottle saves energy to power a 60W bulb for up to six hours.

Aluminum cans represent the easiest material to recycle. Cans are actually one of the materials that are 100% recyclable and can be reused over and over again without losing its quality. Recycling a can saves 95% of the energy that is needed to make an entirely new can from raw materials. But for some reason, people do not recycle aluminum cans in the amount they should. This is mostly because most of them are consumed away from homes and simply thrown away in bins so they don’t get to be processed and recycled as they mostly end up on landfills.

Every year 13 billion aluminum products are used in the UK. Out of which 5 billion are aluminum cans. More than half of this number ends up in landfills and doesn’t get to be reused in any way. The ones that get to be recycled are taken to Novelis Recycling in Warrington, which is sadly the only dedicated aluminum can recycling plant in Europe.

Fortunately, there is some good news and it comes with paper. Paper is the most widely successfully recycled material in the UK. About 57% of paper used in Brittan is recovered and recycled, meaning that the UK paper mills already used a lot of recyclable paper to make new products. They actually make 6 billion tons of paper each year but import another 6 million from elsewhere. The UK probably has the best recycling program when it comes to paper and all of the paper products used here are made out of 74% of recycled materials. To avoid throwing away or burning the old paper all of it is scheduled and exported for recycling in the many UK plants currently available.

Glass is yet another highly recyclable material. The recycling of glass in the UK has hit a record number of 1,272,000 tons back in 2005. Unfortunately, this only included some 50% of the salvaged materials which ended up being recycled. Most of it was still thrown away and ended up discarded. It is estimated that around 1.2m tons of glass is wasted and not properly recycled.

The benefits of glass recycling actually include the reduction of carbon dioxide emissions. Currently, this number stands at 200,000 tons each year in the UK. Glassmakers have used a record number of 742,000 tons of glass, making most of the glass containers in Brittan made out of 35% of recycled materials. 250,000 tons of gathered glass was exported to Europe while another 280,000 tons were used for construction purposes. Besides reusing glass for containers, most of it is repurposed as building and road materials.