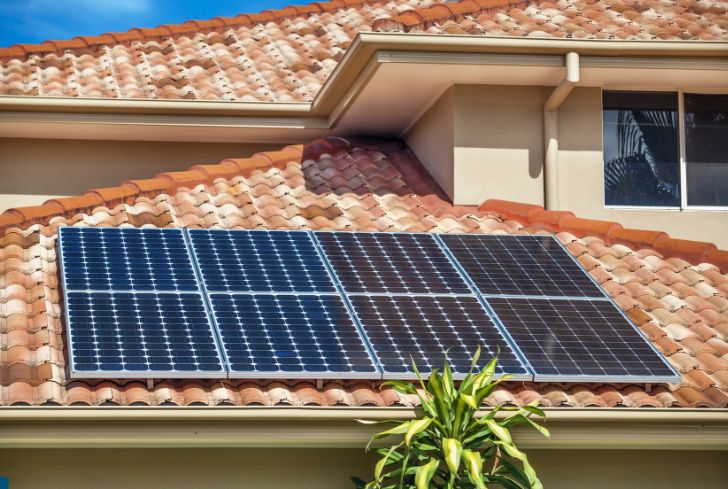 Solar panels provide electricity by converting energy from the sun to electrical power. These days, one in every four buildings has solar panels. Why not? They’re an added source of electricity, especially in areas with inadequate or erratic power supply.

The panels are usually covered with glass casings to protect the cells from environmental factors that could damage them in the long run. Some of these external factors include vapor, dirt, and water.

However, they can also be placed on the ground or against a wall at the right angle. After going through this article, you’ll better understand if solar panels work through glass or windows.

Do Solar Panels Work Through Windows or Windshields?

Solar panels are mainly used as a source of electricity to power homes and offices. They work optimally when they can absorb sunlight directly, and as a result, they are usually placed on rooftops.

Positioning the panels on rooftops is the most practical because they are out of the way of anything that might obstruct them. While solar panels need direct sunlight to function correctly, they are not entirely exposed to the elements.

Some of these qualities are: the glass must be of high quality, it must be flat and transparent, and it must be able to allow as much sunlight as possible to pass through. All these factors will determine the effectiveness of glass-covered solar panels.

Most windows and windshields are made of glass. So, the question is, would solar panels work through glass?

In recent times, solar panels have been made in different shapes and sizes for various purposes. They are now available in multiple forms, from the large panels used to power large equipment to the small ones attached to chargers & lamps.

Solar panels have cells arranged on their surface. These cells are known as photovoltaic cells. When sunlight hits the surface of solar panels, light photons knock a free-floating electron from the cell. These electrons accumulate and are then gathered by the conductive metal plates of the solar panel to produce electricity.

Windows or windshields serve various purposes, and although they appear to have excellent transparency, a large quantity of light is still reflected off them. As a result, glass from windows will dampen the photon-electricity conversion process but not stop it completely.

The Efficiency of Solar Panels Behind a Glass

As previously stated, solar panels will work behind glass. However, how efficient will the PV system be?

The optimum efficiency of solar panels is achieved when they are placed directly under sunlight without any obstructions. Nonetheless, they can be placed behind glass, and they will still perform.

The efficiency of solar panels behind glass varies and may be reduced to up to 50% depending on different factors. Some of these factors include the intensity of sunlight, size of the solar panels, type, thickness, and cleanliness of the glass.

The only difference is that solar panels placed behind glass won’t be as efficient as those set in an open space, where they can absorb sunlight directly.

The simple laws of physics explain the why best.

Frensel’s law explains that if photons from sunlight enter a medium like glass, before reaching the surface of a solar panel, some radiation will be directed back by the glass, and some of it will pass through the surface of the glass, albeit at a different speed and direction.

Even if they are receiving sunlight through glass, Solar panels will still function, but their efficiency and the eventual power they supply will be lower than usual.

So much energy will be lost, and as a result, the number of photons that will eventually reach the surface of the solar panels will be relatively lower if the radiation passes through glass first.

Additionally, the amount of electrical energy that the solar panel will produce will be lower than its overall potential.

Solar panels may be placed behind glass for several reasons.

There are several ways of generating electricity. Some ways are clean and environmentally safe, while others pollute the environment.

Solar energy is a sustainable method of generating electricity from clean, reusable sunshine. However, solar panels can only produce optimally when enough direct sunlight hits them.

Hence, your vehicle’s or home’s solar panels may operate less effectively if the window glasses are tinted. This doesn’t mean the panels won’t perform; it only means that the amount of electrical energy produced by the panels will be limited.

An average tinted window will block out half of the light that reaches it, leaving only half of the incident sunlight to be absorbed by the solar panels.

Also, the amount of light and radiation blocked out by a window tint varies. Therefore, the effectiveness of solar panels working through tinted glass depends on the tint’s intensity.

You only need a small amount of solar energy for small machines like solar calculators that require little power to operate. This means that you can use solar-powered calculators or similar small machines behind strongly tinted windows without problems.

On the other hand, heavy solar devices that require a considerable amount of electrical energy will not perform well behind tinted glasses.

Can Solar Panels Work Through Plastic?

It’s a reasonable question to ask, seeing as the panels themselves come in a lot of clear and colored plastics when they’re newly bought. Solar panels work through several materials, as long as they’re clear and transparent. Simply put, solar panels can work through the plastic.

As with glass, solar panels will work through plastic if the plastic is clean, transparent, and relatively thin.

Most new panels come with clear plastic and glass layers that help protect the cells from harsh environmental factors while allowing sunlight to pass through them.

Adding an extra layer of plastic to your solar panels will dampen their ability to absorb sunlight and convert it to electrical energy.

The energy efficiency of solar panels can decrease by up to 10%, depending on the type of plastic used to cover them. Other factors that may affect the efficiency of a plastic-covered solar panel are plastic thickness, size of the air gap, and color.

It is understandable to want to add an extra layer of clear plastic to protect solar panels from harsh conditions. However, doing this can reduce the efficiency of the panels in the following ways:

Can Solar Panels Work Through Plexiglass?

To answer this question simply, yes, Solar panels can work through Plexiglass. Plexiglass is a common type of plastic material used on solar panels as an extra protective layer. In case you’re wondering what Plexiglass is, it is a transparent thermoplastic.

It is also commonly referred to as acrylic glass or Acrylite. While Plexiglass is commonly used, it is not the best option, as it has several disadvantages.

One of the downsides to using Plexiglass as a cover for solar panels is that it retains a lot of heat. Heat can destroy the cells of the solar panel over time.

While solar panels can work through Plexiglass, there’s a probability that adding this plastic layer to may cause it to produce slightly less power.

Should You Take Off The Plastic Covering From a Solar Panel?

Newly bought solar panels come with clear plastic covering for the protection of the surface of the panels from scratches and any other type of damage while they’re in transit.

This plastic covering that comes with the newly bought solar panels differs from the type you might add during installation as an extra layer of protection.

It’s best to take off any plastic that comes with the panels from the manufacturer before or after the panels are mounted and installed, as they don’t serve any other purpose than to protect the surface of the panels during transit.

The protective film will only reduce your panels’ overall output. This decrease in efficiency might be minute and unnoticeable, but it’ll still be there.

Many people think that when Solar panels are mounted on roofs or out in the open, it’s necessary to add an extra layer of plastic or glass protection. This might be partially accurate, but it frequently isn’t.

This is because many natural and artificial variables have been taken into consideration by the manufacturers during the process of designing them.

Hence, while an extra layer of protection is not a bad idea, it isn’t always necessary.