Sometimes, the summer months can hit hard, and you might wonder, why is it hotter indoors? It would be best if you didn’t underestimate the effect of the scorching sun on the roof as it’s primarily responsible for the heat in your home.

Generally, sunlight emits light and heat energy. The heat energy absorbed by your roof increases the heat in your home, while the UV rays cause damage to your roof. However, investing in some solar panels can reduce this. The panels absorb the heat and light energy, then convert them to sufficient current instead of shining down directly on your roof.

Hence, it’s pretty absurd that there are several assumptions that solar panel makes your home hotter because it isn’t true. If you would love to learn more about the cooling effect of solar panels, be sure to dive right in.

Do Solar Panels Heat Up or Cool Your Roof?

Homeowners look forward to several advantages when planning to install some solar panels. Yes, one of the unforeseen benefits of solar power is that they cool your roof. There have been so many cases where new solar panel users marvel about how cooler their building is after installation and wonder how it is possible.

Suppose you are wondering as well; here’s what you should know. Solar panels keep your building cool by providing a cover for your roof. The solar array reduces the heat absorbed by your roof during the day by absorbing it.

Solar panels absorb the sun’s heat and light energy to produce electricity but about half of the heat re-emits back into the sky while only a small portion goes toward the roof. In contrast, if the solar panels weren’t there, a dark-colored roof would absorb sunlight’s heat energy.

Do Solar Panels Affect The Temperature Inside The House?

Solar panels are one of the most effective passive methods to cool buildings. The mounted panels will act as roof shade, and they would also generate energy from the sun that should initially beat down your roof. However, does this mean that solar panels affect the temperature in your house?

Yes, it does. Solar panels reduce the temperature in our home by about 38% when it’s scorching hot outdoors due to their ability to re-emit part of the sun’s heat. Additionally, it enhances the ease of controlling your home temperature due to reduced electricity bills.

Hence, you can efficiently run your heater or air conditioner with your solar panel system to maintain a comfortable temperature in your home without worrying about the ever-increasing energy bills.

There’s more to solar panels aside from clean energy and reduced energy bill. One of the other several benefits of solar panels is that they protect your roof. When installed correctly, solar panels can make your roof last longer.

They act as a protective cover for your roof against mother nature’s harsh elements, which shortens their lifespan. Hence, suppose you are worried about harsh weather conditions causing damage to your roof.

In that case, solar panels might be what you need. Let’s take a look at some benefits of solar panels.

In the absence of solar panels, your roofs are the first line of defense for your building. They regularly take on several harsh elements such as heavy wind, snow, rain, and hail to keep you safe indoors. However, these elements can quickly wear down and damage your roof.

So, installing solar panels shields your roof from taking on inclement weather. Think of it this way; the solar panels are a protective barrier between your roof and the harsh elements. Hence, blocking out the climate and protecting your roof from being hit directly by this severe weather. At the same time, this leads to a longer-lasting roof.

Solar panels are mounted above the roof, and installing them means they take in all of the sun’s harsh rays instead of your roof. You might not put a lot of thought into it, but sun rays are responsible for sun-bleached shingles.

See also  How Can Your Business Benefit From Commercial Solar Panels?

Generally, sun rays are harmful to your roof and could damage them due to solar radiation. However, installing solar panels would divert the sun rays from your roof and efficiently convert them into electricity for your home.

Additionally, solar panels can significantly reduce the temperature of a building ceiling by 5 degrees Fahrenheit, making your home cooler. This is due to the solar panel absorbing the sun’s heat instead of the roof, and the air flows between the ceiling and solar panels, which enables ventilation.

Installation of solar panels requires drilling holes; hence a common worry amongst property owners is that the holes will lead to a leak or structural damage. You might also worry about it tampering with your roof warranty.

Plus, some installation company now uses the clamping system to ensure efficient installation without drilling any spot in your roof. Hence, with this installation system, you can enjoy your roof for a long time without any hole leaks or wear and tear due to solar panel protection.

When asked, can solar panel systems reduce global warming? Without putting much thought into it, you probably respond, of course! This is because we are familiar with the benefits of solar panel systems, such as electricity production from sunlight that stops us from the need to burn greenhouse gas-producing fossil fuels.

Plus, they reduce solar radiation due to the shade they provide and their ability to re-emit them back into the sky, right?

Well, you are not wrong. Solar panels fight global warming and significantly mitigate it due to their efficient energy production. However, it is essential to note that solar power does not wholly eradicate global warming.

Large-scale solar panel installation can result in far less global temperature predicted than if we keep burning fossil fuels. Yet, experts say that there is still a lot of work that needs to be done to discover some more eco-friendly fossil fuel alternatives.

However, for now, solar energy is a renewable, carbon-free resource that can help reduce climate change and global warming. Let’s look at some ways solar panels are beneficial to the globe.

The production of electricity with fossil gas is responsible for the emission of about 28 percent of the most predominant and harmful greenhouse gas on earth, CO2. Aside from this, the transportation and industrial sector also have a good share of CO2 emissions.

In 2019, National Geographic reported high carbon dioxide level, which is responsible for shifts and imbalance in climate change.

See also  Do Solar Lights Work in the Shade? (or Need Direct Sunlight?)

Fortunately, solar panels emit zero harmful gas that might threaten the environment. Hence, the adoption of solar power will not only provide a clean, cheap, and reliable energy source. It would also present the opportunity to mitigate our carbon footprints.

Fossil fuels are non-renewable energy and are depleting due to their high use. Hence, adopting solar power won’t only reduce our carbon dioxide emissions in the environment but also help preserve the natural resource.

In addition, solar power is an excellent alternative for this non-renewable resource, considering it’s renewable. Its availability is limitless, and regardless of the number of humans that use it at once, the energy source isn’t exhausting anytime soon.

The method of generating energy with fossil fuel is risky and harmful. Unlike solar energy, it involves drilling underground, using chemicals, steam, or gases for maximum production. On the other hand, solar power is safe and easy to generate, considering the only requirement is to erect solar panels anywhere you want it.

How Long Does a Solar Panel Last?

Solar panels do not last forever, but they last for a long time. The industry standard for a solar panel system is 25 to 30 years. However, this doesn’t mean that the solar panels stop working after the stipulated years. Instead, the panels suffer a significant output decrease over time.

According to National Renewable Energy Laboratory statistics, solar panels have a degradation rate of around 0.5% yearly. So after 20 years, the solar panels would only be able to produce about 90% of the electricity compared to when you initially installed them.

One of the profound rules of the earth is that nothing lasts forever. Hence, solar panel systems might be one of the best ways of generating safe energy currently, but it is important to note that we will run out of sunlight over time.

However, solar death isn’t something you should worry about, considering the sun still has about 5 billion years’ worth of fuel to power the earth.

At What Temperature Do Solar Panels Overheat?

It might come as a surprise considering solar panels need sunlight to generate electricity. However, solar panels do overheat. Studies have shown that solar panels are more efficient in cool and sunny conditions than in hot areas.

Here’s because solar panels are tested at about 77 degrees and are rated to perform best between 59 to 95 degrees. Hence, solar panels tend to overheat when they get hot above 120 degrees and experience a decline in their efficiency.

The benefits of solar power are nearly limitless. Yet, despite the few limitations attached to the energy source, it’s worth the investment as it cools your building temperature on hot days and reduces roof damage. 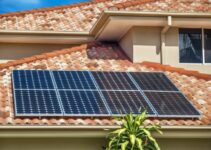 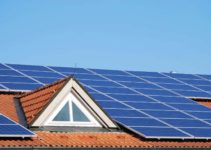