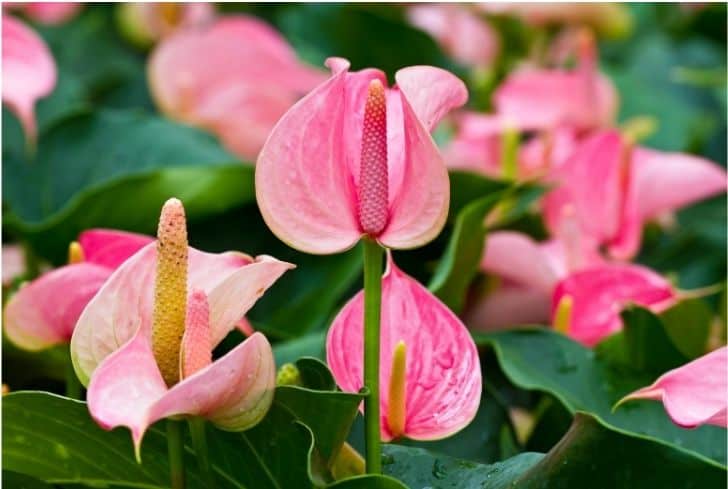 As you probably know, deer tend to consume any plant they come across. However, they also happen to be extremely picky about the kind of foliage they gorge on. Yes! As extraordinary as that sounds, deer do have their favorites, and unfortunately, lilies have made it to that list.

Lilies and other plants like Hostas are often damaged by deer grazing around their bushes. If you live in the US, you probably grow lilies in hardiness zones three to nine. Unfortunately, regardless of the zone, deer are likely to frequent your garden to have their share of your beautiful blooms.

So, if you want your blooms around for many more days, consider reading this article to know all about deer and their affinity for your plan. In the following few sections, we will also delve deep into more pertinent topics like protecting your garden from deer infestation. Let’s get started!

As previously mentioned, deer love munching on both hostas and lilies. For the initiated, both belong to the same Liliaceae species and thus carry several similar traits. Lilies in particular are classified as perennials and you will usually find them in bulbs. These plants thrive best in full or partial sun and you would absolutely love their stunning blooms.

Even though deer-like lilies and will use the smallest opportunity to feed on them, you still have a better advantage when compared to growing Hostas. That is because unlike the former, lilies can assume a lofty height, almost eight feet. While this does vary depending on the species of lilies, it is still safe to assume that these plants grow up to an impressive height.

When are lilies most susceptible to deer?

Deer are most likely to find your lilies if you keep them as a border plant. Since most of us do this because of the plant’s beauty and low maintenance, we suggest adding some extra protection like a strong fence. This will ensure added safety and keep your blooms far from the prying eyes of these pests.

In addition to checking for deer, you should also periodically examine the plant to check if it is suffering from other viruses and illnesses. Avoid keeping them in an extremely shady and windy spot.

See also  Can You Compost Rice? (And Uncooked Rice?)

If you are worried about compromising the safety of your plants, consider using deer repellant sprays in addition to fences. This will help ensure round-the-clock security and beloved blooms wouldn’t have to suffer either.

Unfortunately, most plants belonging to the family of lilies are potential prey for deer, and Daylilies are no exception. As with the other variants of lilies, these plants appeal to most deer, who follow the fragrance of the blooms to munch on the flowers, leaves, and everything in between.

The worst thing is most deer reach right up to the shoot while gorging on the plant. Even though some of the deer-induced damage can be averted owing to these plant’s solid root systems, in some instances, the damage might be worse, causing your plant to eventually die. In most cases, however, daylilies survive the damage and bloom just the same way, the following year.

But is there any way to prevent deer from damaging your daylilies in the first place? Luckily there is. One easy way to avoid danger is by planting the Stella Oro variant of daylilies.

Although no plant can be fully deer resistant, this plant reasonably meets your expectation because most deer won’t be as attracted to them owing to their distinctive fragrance. If you live anywhere between US hardiness zones two to nine, you might consider growing this plant.

In case you are not comfortable settling for any other species of daylilies, you can consider protecting them by following some simple guidelines. First, start using a sturdy fence all around your lilies. If that doesn’t seem to work, border your prized flowers with other deer-resistant plants that they won’t munch on.

Several types of trees and perennials fall under this category and since they come with a strong fragrance, deer won’t venture much around them. In case you didn’t know, deer don’t prefer strong scents as it tends to distract their olfactory units from identifying any future possibilities of danger. For best results, you can try planting sage or peonies.

Originally from Africa, Callas is popularly found around lakes, marshes, bogs, and swaps. Their blooms are rather unusual with elongated spathes and an equally long spadix. Unlike many other flowers, the spadix is almost always dotted by pollens.

See also  Do Deer Eat Hydrangeas? (And 6 Ways To Keep Them Away)

White is probably the most common hue of Callas. However, you will also find them in a range of other bright hues. When grown at home, these plants will beautify your garden or porch over the entire summer. What’s more, they also take up a great height of up to three feet.

These plants are known to stem from rhizomes. So, if deer consider eating them, they may end up pulling out a bunch of your plants right from the soil. For best results, consider planting these beauties when the threats of frost have fully passed.

You also need to do checkups every day to ensure that the rhizomes are well-grounded so that they can’t be pulled out easily, even when deer show the vaguest interest in them. Make sure the plant is well placed in rich soil where they receive full sunlight over the day. Also, water them regularly. In case you have a water garden, you can also consider adding it there.

But how is the relationship between deer and Callas? Do the pests feast on them just as much as other lilies? Luckily yes. Callas aren’t the favorite flowers for deer, and they will only consume them when they aren’t left with any other option. However, that doesn’t mean you should keep your Callas without a fence.

While it is rare to find deer-resistant plants that will genuinely ward off deer, it is not quite impossible. Yes! Tiger lilies are one of those prized plants that most deer do not prefer. They are often deemed advantageous when compared to conventional plants in their ability to resist deer.

According to the extension unit of Cornell University, most deer tend to choose fertilized plants over their unfertilized counterparts. They also like plants that are well-irrigated and watered over the ones that do not fall under the category.

Since most tiger lilies grow along roads and forests, they are not as attractive to deer. The attraction quotient is significantly less even when you get them at home. That is because, unlike lilies, hostas, and even daylilies, tiger lilies do not have any defining odor.

While Tiger lilies are most commonly found in parts of China, according to eFlora studies conducted by Harvard, these plants also grow around North America, parts of Virginia, and even in England. You are also likely to find this plant along with the mountain ranges of North Carolina and Montana.

Deer attacks along these mountain ranges are rare because almost all deer won’t put in the effort to move across the tough terrain to source these plants. While they might consume the plant when they are hungry, such instances are very rare and unlikely.

Unfortunately, for most of you, Asiatic Lilies make it to the top favorite list of deer. Just like other flowers from the Lily family, deer will come attracted by these blooms and end up feasting on them the moment they get a chance.

They are especially fond of the small buds and the flowers that have just started opening. You can avoid deer infestation by adding fences, spraying deer repellants, and placing plants with strong fragrances in proximity to your Asiatics. Additionally, you can also follow the next couple of guidelines for the best results.

How Do You Keep Deer From Eating Lilies?

If you are absolutely tired of deer infestation on your property, here are some time tips to keep the pests at bay:

Well, that is all there is to deer and one of their favorite plants, lilies. Since we have discussed most topics in detail, you will probably have an easier time protecting your home from these pesky pests.

Always set proper boundaries so that deer can’t enter your property even if they try to. If that fails, consider using deer-resistant sprays as discussed in the article. Either way, once you follow the right guidelines, you will be a step closer to a perfect, deer-free garden!