A lot of Australians are choosing solar energy these days, because they’re concerned about the impact of fossil fuels on the environment. Solar power is considered an alternative energy source because less than 2 percent of the world’s energy is generated this way. Still, this hasn’t deterred some Aussies from adopting it. Specifically, distributed power.

What is Distributed Power?

Distributed power means that there’s not centralized power plant. Power is instead generated closer to the source. For example, if you have a power plant in your back yard, and everyone on your block has a similar setup as you, this would be a distributed power system.

Each individual is responsible for his or her own power generation. The roadblocks to achieving this in the past included the difficulty of erecting efficient systems on a micro scale. In other words, it’s impractical to have a coal or oil power plant sitting in your back yard. 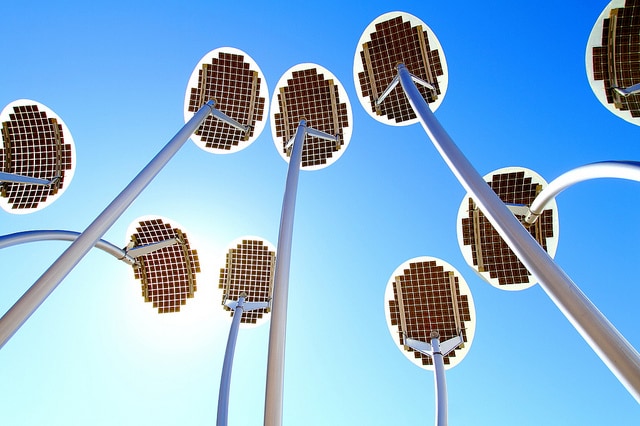 That’s why centralized power systems have ruled thus far. But, companies like Infinite Energy hope to change that. With its solar panel array, it hopes to help decentralize the power system, putting the power into the hands of individuals, so to speak. Panels would be installed on the rooftops of homes, or in back yards, so that the light of the sun could be transformed into electrical energy.

The risks associated with solar power make it such that it’s realistic and practical for every individual to maintain a solar panel array.

How Does It Work?

Energy generated in this fashion needs to be either used immediately or stored in battery banks or it may be fed back into the existing electrical grid.

In the past, battery banks were stressed as a way to eliminate the need for a power grid. Today, however, Australians are embracing the idea of a grid that manages power flow while leaving the generation in the hands of individual consumers.

If you take a look at South East Queensland’s centralised electricity system as a case study, it is somewhat typical of the challenges many regions are facing and highlights the pressure that exists to adapt.

The main issue to contend with is that climate change is uniting with socio-economic, demographic and even technological changes in order to create what you could class as the perfect storm for that region’s electricity system. This has caused distribution networks to be affected in particular, and a combination of these factors creating peak demand growth that is nearly double the average rate of demand in recent years.

Australia’s electricity system is therefore having to adapt to these multiple influences that drive electricity demand to peak levels at certain times. Adaptation has not always been a smooth process, as is so often the case when a change in attitudes and habits is needed.

This has resulted in sometimes contested process between the supply-chain originators and the end-users, mainly because they are likely to hold different economic goals together with varying adaptation needs and capacities.

The evidence gathered so far would suggest that the road ahead has its challenges, but Australian consumers are warming to the idea of a grid that is given the office to manage the power flow challenges that exist now and into the future.

The major benefit of a solar panel array is that individuals control the power generation. Individuals are also responsible for the maintenance of the solar power system. This reduces costs associated with maintaining a centralised system.

Finally, some people believe that a reliance on fossil fuels is dangerous to our well-being and to the planet. Solar power provides an alternative to fossil fuels that doesn’t rely on these fossil fuels to generate the electricity.

Australia is often referred to as the Sunburnt Country and that is due to the fact that it experiences more solar radiation per square kilometre than any other country, according to the Australian Renewable Energy Agency.

As the sun gives us something close to 10,000 times the energy annually than we actually consume at present, it makes perfect economical and ecological sense to do what we can to harness the power of solar radiation.

There are a few drawbacks to solar panels. First, many critics point out that solar power is intermittent, which is true. You only generate power when the sun is out. Secondly, fossil fuels are needed to create the panels, because solar energy is rather inefficient at this point.

Finally, there’s the issue of toxic materials that must be used to create the solar panels, and the question of what to do with them once the panels have lived out their useful lifespan.

Bianca Eden researches energy sources and markets. When not studying numbers and trends, she often writes about how the future of energy may work for consumers.