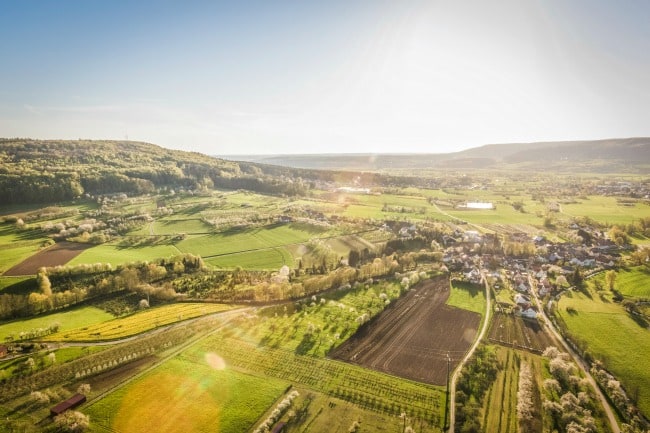 You recycle regularly. You use the most energy-efficient light bulbs you can find. You even have a compost station in your backyard. Still, you want to do even more to make your home or office environmentally friendly. What better way to reduce your household’s gas emissions than to switch from relying on fossil fuels to utilizing the power of solar energy?

The problem a lot of people have when they decide to go solar is they don’t know where to start. Though solar energy systems aren’t a new concept, they’ve only recently become a trending topic in the media, as innovations such as solar-powered airplanes have just taken off – literally. If harnessing sun power is a route you’d eventually like to take — whether at your home or at your work building — here’s what you need to know about solar energy systems, both active and passive.

How Does Solar Energy Work?

Rooftop solar paneling is becoming more and more popular – in fact, in 2015, the Solar Energy Industries Association (SEIA) reported that a record-breaking 66,440 solar systems were installed in homes during the first quarter of the year. How do these solar panels convert sunlight into electricity to heat your home or power your appliances?

Basically, each panel is made up of solar cells, which consist of silicon semiconductor wafers that, when struck by the sunlight’s rays, result in a so-called photovoltaic (PV) effect that directly converts the sun’s photons into electricity. If you’re worried about how this process works at night, after the sun has disappeared, don’t panic – the solar panels store the extra energy captured during the day to draw from it even when it’s nighttime or a cloudy day.

Investing in solar panels can reduce your greenhouse emissions immensely by providing a source of clean and renewable energy, leading to a less-polluted environment. Just 18 days of sunshine are equivalent to the Earth’s overall supply of coal, gas and oil. Convinced enough to make the transition to a more sustainable lifestyle? Now it’s time to decide whether to go with an active or a passive solar energy system.

See also  Do Solar Umbrellas Need Batteries? (And How Does it Work?)

What Are Active and Passive Solar Systems?

Both active and passive solar energy systems can convert the sun’s rays into direct electricity, but their mechanisms are a bit different from each other, so it’s useful to know the facts before you decide which kind to go with. So how exactly does each system function, and what does it mean for you?

Active solar systems: Active solar power setups rely on external energy sources – or backup systems, such as radiators and heat pumps — to capture, store and then convert solar energy into electricity. Depending on the complexity of the design, it can heat or cool your home or provide power to an entire neighborhood. Active solar systems include the following features:

See also  Do Solar Panels Cool Your Roof? (or Make it Hotter?)

Which Solar Energy System Is Best for Me?

Before you start the debate of whether to switch to active systems versus passive solar systems, first you should ask yourself: Are you sure you’re ready for the change to solar energy? Though you’ll be contributing to a more sustainable environment, you should always weigh the pros and cons before making such a momentous decision.

For example, remember that solar systems, though a green and renewable source of energy, still aren’t the most efficient if your home or business requires a lot of power. With solar panels installed on your rooftop, only 14 percent of the sunlight captured can generate viable electricity. Plus, consider your location. Sure, solar systems can draw from stored energy, but just how much? If you live in an area with consistently cloudy or rainy weather, now may not be the right time to transform your building into a greenhouse.

Still ready to take the leap in your humanitarian efforts to preserve the planet? Consider the advantages and disadvantages of both active and passive solar systems.

An active solar system has its disadvantages, too:

Generally, sustainability experts say passive solar energy systems are the best choice, unless your goal is to fuel a massive building or a large campus. Whichever decision you make, make sure it’s calculated and well researched. If you decide now isn’t the time to transition to solar energy, remember that no one’s judging you. There are plenty of other ways to go green in the meantime. Keep at that compost pile and you’re still ahead of most people.