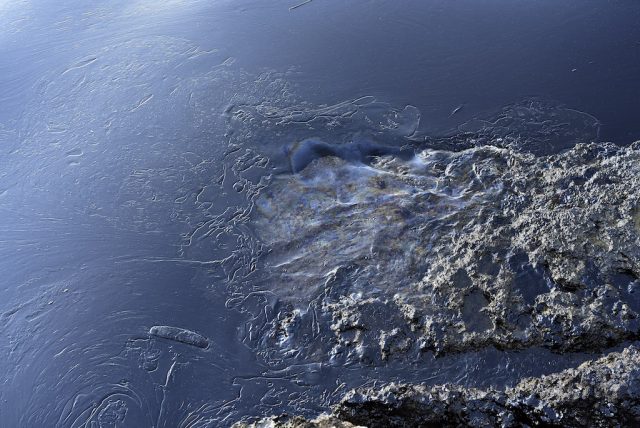 An undersea pipeline which is owned by the Indonesian government-owned natural gas and oil company Pertamina has burst and lead to a rather deadly spill which caused the Balikpapan Bay in Borneo looking more or less like a gas station.

The company had initially come out to say that the event had absolutely nothing to do with its refinery facility close-by or even the undersea pipes which cut across the bay; it indicated that the tests it carried out on oil spill samples showed marine fuel which was made use of for ships and not crude oil.

However, on Wednesday, the company came out to accept responsibility for the catastrophe by accepting full responsibility for the spill saying that the spill was indeed their fault. One of the company managers made it clear that the distribution line was shut down as soon as divers identified the leak on Tuesday. Test carried out on a certain spill sample went ahead to indicate that it was indeed crude oil. The company is now making efforts to quantify the degree of spillage into the bay.

The government has, however, come out to declare that the said incident was not the fault of Pertamina. An official in the energy ministry has put the blame squarely upon a certain foreign coal carrying vessel which anchored in the area of the bay and went to drag the pipeline for about 120 meters from where it initially was thereby leading to a crack.

A statement by the energy and mineral resource ministry’s gas and oil Director General Djoko Siswanato made it clear that the pipe was supposedly dragged along by an anchor which was dropped down by the vessel although not one single vessel was allowed to drop an anchor or even go through the said bay based on a report by the Jakarta Post.

One thing the minister, however, failed to do was to identify which of the ships was responsible, however, the police officers who are carrying out investigations on the spill have gone on to question the crew members of the Panamanian MV Ever Judger.

According to Djoko, it was really the fault of the said vessel. And owing to the fact that there some casualties in the said incident, the vessel owner could face charges for the crime, however, it still all is dependent upon the result of the investigations which are ongoing.

According to Greenpeace Indonesia, Pertamina was obviously responsible for the ecological disaster. The group has, however, come out to condemn the state-owned and run the company on social media for the said catastrophe and has gone on to charge it with the restoration of the ecosystem of the Balikpapan Bay.

Greenpeace Indonesia has gone on to say that this is the major reason why the world needs to begin looking towards renewable energy and as such look away from the limited fossil resources which have done nothing but cause destruction to our very own planetary environment as well as the future of the human race as we know it.

A state of emergency was quickly declared by Indonesia on Monday soon after the ignition of the spill which leads to the death of about five individuals in the city of Balikpapan the past weekend. A large number of locals came out to indicate that they had health-related issues which include among others; nausea, breathing difficulties, as well as vomiting which is as a result of the smell coming from the fuel as well as the black smoke which originated from the inferno.

The warning has been issued to the residents by the local authorities that cigarettes should not be lighted in the area and has even gone on to distribute facial masks.

The ministry of the environment came out to say that the oil slick has succeeded in spreading over a 13,000 hectares (about 50 square miles of the Balikpapan waters and has succeeded in polluting about thirty-seven miles of the coastal ecosystem which includes the marine mammal habitats as well as the mangrove wetlands.

The sludge originating from the spill is said to have covered about seven square miles of water along with black bobs which cover the beaches. It certainly may take at least some weeks before there can be any real estimate of the degree of damage which has been caused to the fishing and wildlife.

An official from the fishery and marine ministry Zulficar Mochtar has come out to say that the spill indeed poses a threat to the ecosystem, the livelihood of the indigenous fishermen as well as to the economy in general.

Balikpapan is an Indonesian city which has a population of about 700,000 people and it is located on the strait of Makassar, which is a straight that runs all through the eastern coast of Borneo thus making this tragedy all the more alarming.