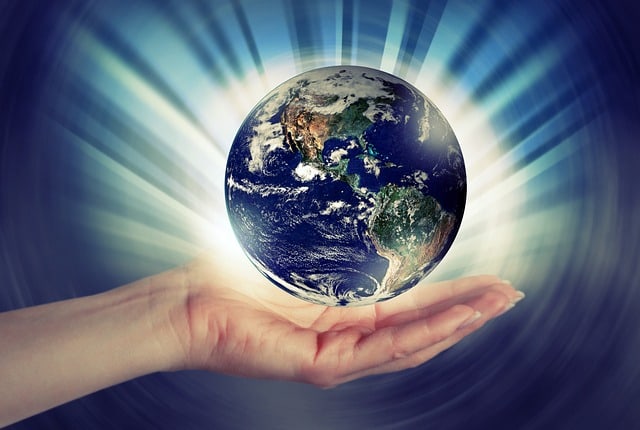 Now Earth is shaking much less as half of the world is on lockdown and that everyone is staying home. Once-busy city streets are now empty. Traffic on highways has slowed to a minimum, and very few people can be found outside.

The world has become much quieter due to the global containment measures to stop the spread of the coronavirus, and scientists are also noticing it.

The planet has become an unlikely beneficiary of Coronavirus

Around the world, as the constant hum of cars, trucks, trains and heavy machinery has stopped, seismologists, who use highly sensitive equipment, are observing a lot less ambient seismic noise, which is the vibrations generated by cars, trains, buses, and people in everyday lives, according to Fast Company. And in the absence of that noise, Earth’s upper crust is moving just a little less because of the drastically reduced intensity of the vibrations rippling through the Earth’s crust.

In Belgium, since lockdown started, scientists report at least a 30 percent reduction in the amount of ambient human noise, according to Popular Mechanics. As per scientists, this may be beneficial to seismologists to detect minor earthquakes and to improve their tracking of volcanic activity along with other seismic events, as Nature reported.

Thomas Lecocq, a geologist, and seismologist at the Royal Observatory in Belgium, first noticed this phenomenon in Brussels, according to CNN. Since the country started its social distancing measures in mid-March and schools, businesses and industries shut down; there is about a 30% to 50% reduction in ambient seismic noise, according to Lecocq. The noise level is at par with what he has seen on Christmas Day in Belgium, he said.

Seismic stations with seismologist instruments are typically set up outside urban areas to avoid vibrations caused by humans in urban centers because the reduced human noise makes it easier to pick up on subtle vibrations in the ground. The one in Brussels, however, was built more than a century ago, and the city has expanded around it since that time. That vicinity to the town is responsible for the dramatic dip in seismic activity, as CNN reported.

The station in Brussels wouldn’t usually pick up on smaller seismic events due to the daily buzz of urban life. Seismologists would instead rely on a separate borehole station to monitor seismic activity using a pipe deep in the ground.

“But for the moment, because of the city’s quietness, it’s almost as good as the one on the bottom,” Lecocq said.

Seismologists around the world, including in London and Los Angeles, are seeing similar effects in their cities as Fortune reported. A British seismologist shared data in a tweet from a sensor near a motorway, showing significant dips in human activity during the daytime.

Paula Koelemeijer posted a graph on Twitter that shows the effect on noise in West London, with drops in the period after the schools and social venues closed in the United Kingdom and again after the announcement made for government lockdown.

Celeste Labedz, a PhD student at the California Institute of Technology, tweeted, showing an especially stark drop in Los Angeles from a Los Angeles sensor. “[T]he drop is seriously wild,” she wrote.

Andy Frassetto, a seismologist at the Incorporated Research Institutions for Seismology in Washington DC, says to Nature that if lockdowns continue in the coming months, detectors in urban centers might improve on their natural ability to detect the locations of earthquake aftershocks globally.

“You’ll get a signal with less noise on top, allowing you to squeeze a little more information out of those events.”

However, as per seismologists, the reduction in noise reminds us of a virus that has affected more than one million people, killing tens of thousands and stalled the normal rhythms of life.

It shows people are taking lockdown rules in consideration

The graphs that are charting human noise are evidence that people are adhering to warnings of social distancing by the authorities to stay inside and minimize outside activity as much as possible, Lecocq said.

“From the seismological point of view, we can motivate people to say, ‘OK look, people. You feel like you’re alone at home, but we can tell you that everyone is home. Everyone is doing the same. Everyone is respecting the rules,'” he said.

The data can also be applied to identify where containment measures might not be as effective, said Raphael De Plaen, a postdoctoral researcher at Universidad Nacional Autónoma de México, to CNN, and that may be helpful in future pandemics.

“That could be used in the future by decision makers to figure out, ‘OK, we’re not doing things right. We need to work on that and make sure that people respect that because this is in the interest of everyone.'”